'I have no filters': Anurag Kashyap

The prefix 'freewheeling' before an interview to describe an uninhibited chat is perhaps one of the most overused, but a conversation with Anurag Kashyap does perfect justice to the word. Excerpts from a two-hour interview at the maverick filmmaker's residence in suburban Mumbai 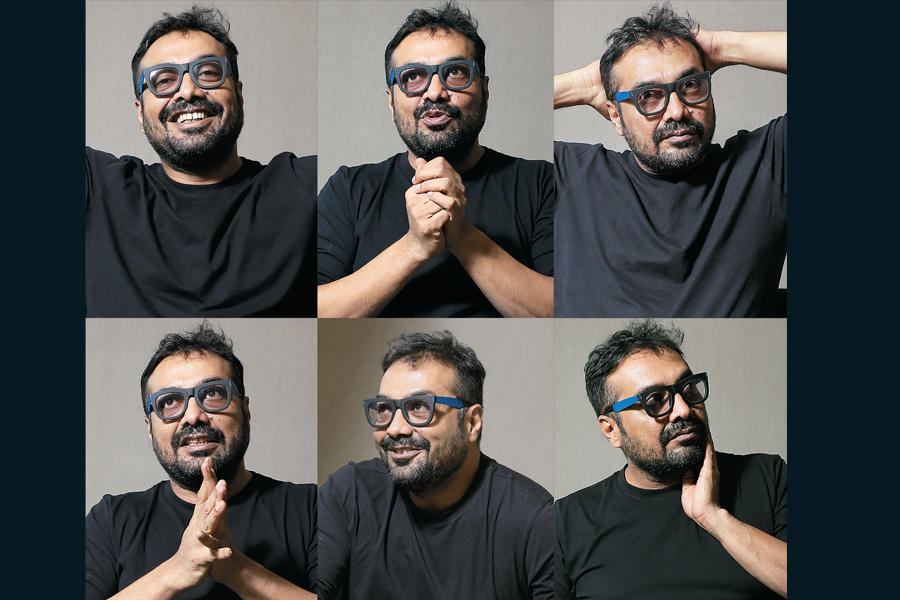 On content
There is more content in India than anywhere else. But people don’t want to invest in content. They want to be safe and tell stories in the same way.

On OTT
Thanks to OTT platforms, everybody is in a rush to make money. The OTT guys are also throwing money because they have about a year and a half before they are eliminated by Amazon, Google, and Disney. They (OTT companies) are amassing content so that they have enough of it to be bought out by one big company. OTT is an opportunity that a lot of filmmakers are wasting.

On the overdose of sex and violence on OTT
Our biggest problem is that we are so repressed that we get excited over the smallest of things. People will make unnecessary stuff, characters will abuse unnecessarily without context or culture or milieu. Violence and sex will be in excess before they get filtered out. Eventually, people will get bored and come back to watch good stories. Anybody creating good content will survive.

On cinema
Cinema will exist. It will become the space for extravaganza. Good cinema will also exist. Slowly, it will start getting into people’s homes. On the number of series ‘inspired’ by Gangs of Wasseypur
Everybody with one success finds a formula. From that day, it’s only downhill from there. They stop innovating. I want to run away from the formula. I want to do something new.

On why Bombay Velvet bombed
I don’t think people are invested in immediate history. Their idea of history comes from Game of Thrones. It comes from these historicals… when it’s a costume drama and the palaces are larger than life. History for them is not the story of a city or anything political or immediate. Nobody is interested in post-Independent India because there is not enough drama there. It (Bombay Velvet) was our passion to show a slice of history. The idea was to tell the history of the city through four films. The first one bombed and all the others were shelved. On making movies with stars
Everybody says you make films without stars and they work. So if you make one with stars, it will work even more. I also bought into the idea with Bombay Velvet. But I learnt from it...and then went to the other extreme and made Raman Raghav 2.0 (with no star).

On biopics
I made Mukkabaaz for a different reason. There was a certain spurt in biopics about sportsmen, and it upset me. I can never make such unrealistic biopics by only celebrating one person. They are not making biopics. They are creating heroes out of living people. A person goes and wins one medal and you make a story about that.

On whether Saand Ki Aankh will end up glorifying sportspersons
It (Saand Ki Aankh) does glorify (the sportspersons). But I am not the director. When I am a director, it’s a different thing. I am the producer. My first condition as a director is, I don’t want anyone to tell me what to do. So when I become a producer, I will not impose how I look at things on others. The same rule holds true when I am acting.

On writing scripts for TV without getting credit
I was a part of a daily soap on TV. I used to write three episodes a day; all uncredited. The first time I got credit was for Trikal. I got a lot of work... I delivered more. That was my entry point in this industry. People say I didn’t get credit, but I learnt. It was like going to school, learning by yourself and getting paid for it.

On making dark movies
I will make movies that give me creative joy or those that talk about things that nobody is talking about. I will tell dark tales, but they will come from a space that exists. I want to tell darker stories because I want to make people a little uncomfortable and laugh out of discomfort.

On his career’s turning point
For me, it was Dev D. Though Gangs of Wasseypur exploded, I lost my anonymity. That for me is a big loss.

On being labelled a maverick
It’s good to be called a maverick. That’s when people wait to see what happens next. This is a better place to be in than people expecting you to follow a certain formula.

On the shelf life of his films…
If my movies are not making money, why are studios paying me for them? It’s because my films have a shelf life. Box office value is current. It’s for the people. But for businessmen, the real value is the life value.

On his movies and the box office
My movies don’t have immediate gratification or returns. I am aware of that and it’s a big advantage because it allows me to do what I want to do.

On mistakes
From my marriage to my companies, everything that has failed in such spectacular ways, in the public domain, were mistakes. But if not for those mistakes, I wouldn’t be who I am. I have regrets about the people who got hurt in the process. But I don’t regret those mistakes because I didn’t make them consciously. I have learnt from them. They are my own mistakes. Now if they are not your own mistakes, then it’s a problem.

On living life on his own terms
It’s precisely why I never took a job. I don’t want others to tell me what to do. I am in a good phase now, I am enjoying my work and I am more fearless. My daughter is my only vulnerability. When she started getting threatened, my voice on Twitter slowed down a bit. But I didn’t stop. I found a better way of saying what I wanted to. After she comes into her own and tells me ‘Get back to who you are and I don’t care’, I will go all out again.

On depression
I went through one year of depression. I struggled to figure out where I went wrong and tried to create a convenient atmosphere to continue making movies. But I didn’t take responsibility for the other stuff because I didn’t know how to. I don’t know how to run a company. I don’t understand finance or deal with the legal stuff. Those were inconvenient things for me. I would rather be creating. Now, I have a professional set up where the ideating space is very different from the production space.

On family
I come from a family which is very prejudiced. I still argue with my parents, and my family is still extremely unhappy. They don't know how to have conversations around me. There is silence around me when I go home. I don't try to change them. I argue with them. I think they've given up trying to tell me to shut up. So there is a kind of an acceptance from both the sides.