Pink Alert: How Real Is The Threat of Breast Cancer?

Advocacy groups routinely urge women in their 40s to have regular mammograms. But experts question their utility 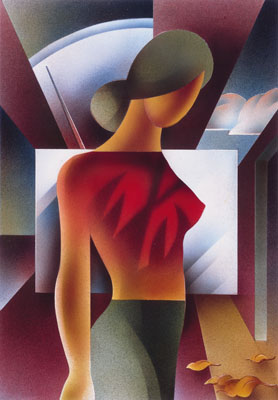 October is associated with the yellow drift of leaves. But in many parts of the world, including urban India, the mellow autumn also wears a symbolic hue: Pink. This comes courtesy of the International Breast Cancer Awareness campaign, which, every October for 26 years has reminded the world that pink is the colour, not of health, but of cancer that affects millions of women globally; and the importance of regular screening.

In the name of creating awareness, a pink wave swept through October. Hyderabad saw a ‘Paint-the-city-pink’ campaign; Chennai had ‘Pink Ribbon walks’; Hard Rock Café did a “Pinktober” drive in some cities; Mumbai’s Taj Mahal Hotel was lit in pink in solidarity; and there was “pink-washing” of the online community, which ranged from innocuous appeals to ludicrous pink lingerie displays on Facebook. The Internet was abuzz with slogans like: “Get educated, get a mammogram.” Following the global trend, some retail brands in India, including Hidesign, launched pink products offering a certain percentage of their sales as donation to the cause of early breast cancer detection.

There’s nothing wrong if a bit of marketing and consumerism get attached to generating awareness about a disease which is on the rise in India, particularly in the urban population. But where it gets sticky is the rampant and reckless promotion of ‘routine screening’, or mammograms, even though there is no data anywhere to suggest that routine mammography of women below 50 years of age saves lives.

Experts are watching in dismay.

If you randomly sample diagnostic centres and private hospitals in your cities, chances are high that the battery of suggested tests for the so-called executive health or women-wellness check ups will have a mammogram right up there. A regular mammogram costs around Rs. 1,000; a digital one costs Rs. 3,000 and above.

To generate awareness for the need for mammograms, some advocacy groups in India cite breast cancer data that is way above what the Indian Council of Medical Research (ICMR) has released so far or projected for the next few years. The estimated ICMR figure for 2010 is 90,659 new cases, 2,966 cases more than in 2009. Contrary to common belief that breast cancer cases have overtaken cervical cancer in India, A. Nandakumar of ICMR’s National Cancer Registry Programme, says breast cancer will surpass cervical cancer only in 2020 when the annual breast cancer cases will reach 123,634. That essentially will be due to improving hygiene in rural areas which is lowering cervical cancer incidence and the changing lifestyle in urban India which is adding to the breast cancer risk. For instance, studies in Tamil Nadu have shown reduction of breast cancer risk with prolonged breastfeeding which is not a usual practice today. Additionally, vehicular pollution, stress, and obesity — by-products of urban living — are considered risk factors for breast cancer.

“Frankly speaking, I think [the casual call for screening is] getting a little out of hand,” says ICMR director general V.M. Katoch, though he admits that if the private hospitals promote routine mammograms and if well-to-do women want them, “we cannot grudge it”.

“But it’s proven that early age mammograms have no utility,” asserts Katoch.

The fact is, if a woman has no family history of breast cancer, if she has no breast-related complication, a routine mammogram isn’t required until age 50.

You might ask, what is the harm in getting a mammogram done anyway? Well, apart from the cost, there is a very real problem of overdiagnosis. That’s because, says Dr Rajendra Badwe, director of Tata Memorial Centre in Mumbai and a breast cancer specialist, mammograms detect even those microscopic lesions which don’t become cancerous in a woman’s lifetime.

There’s more scientific evidence that says lower the age of mammography, higher the rate of false positives (or false alarms caused when a test result is erroneously positive in a normal condition). According to a bunch of studies published recently in the New England Journal of Medicine and Annals of Internal Medicine, in order to prevent one death from breast cancer, up to 1,000 women will have at least one “false alarm”, about half of whom will undergo biopsy. Tragically, breast cancer will be diagnosed in 5 to 15 women in 1,000, who will undergo needless surgery, radiation, chemotherapy or a combination of these.

Dr. Badwe cites results from recent Canadian research which studied women above 50 years, following them up for 17 years — 40,000 underwent physical examination and 40,000 had physical examination plus mammography. He says there was no difference in mortality rate in the two groups. “The question we should be asking is: Are we saving lives by mammograms?”

Incidentally, many women fall for such screenings with little or no medical advice on whether such tests are indeed warranted for them. Deepa Shetty, a home maker in Bangalore, first took a mammogram at 36 just as a precautionary measure after her husband had a health scare. On the other hand, Meenu Matthew, 46, feels somewhat guilty for not undertaking it even though her doctor said “it is compulsory after 40 years”.

“There is no evidence to say routine mammogram is effective below 50. The US was the only country supporting it,” says Dr Badwe. Last year, the Preventive Services Task Force in the US delayed the onset of routine screening from 40 to 50 years. Most developed countries have a guideline for routine, biennial screening, but India is still contemplating it. Dr. Badwe and Dr. Katoch say it’s in the works and will be announced soon.

In developed countries, the population matrix is such that about 45 percent of the women population is above 50. But in India only 13 percent of women are above 50, says Dr. Badwe. “So it’s even more imperative to look at [the rationale of] early screening in India. This point needs to be elaborated in the media for public benefit,” he avers.

In Hyderabad, Dr. P. Raghuram, who has set up India’s first dedicated centre for breast diseases at Krishna Institute of Medical Sciences and has been organising Pink Ribbon campaigns in the city, recommends mammography starting at 40. However, he admits that even as this X-ray requires much precision and skill, its reporting isn’t standardised in India. “In its absence, you can miss lesions or do an overcall,” he cautions. Of late, he has galvanised the medical fraternity to set up an Association of Breast Surgeons of India. It will lay down the protocols for treatments of breast diseases including cosmetic surgeries and ensure their implementation across India. The proposal for the association has been approved by the existing Association of Surgeons of India, and is likely to be functional by early 2011.

Globally, the hunt is on for identifying good biomarkers (molecules in the blood that indicate the presence or severity of a disease) for diagnosis, prognosis and treatment of breast cancers, but diagnostic tools are still far from reaching the clinics. Recently, molecular biologist Pravin Potdar of Jaslok Hospital and Research Centre in Mumbai announced that he has identified “founder” mutations in breast cancer-causing genes BRCA1 and BRCA2. Having tested this in familial as well as sporadic breast cancers in Indian women, he says these could serve as biomarkers for universal screening. “Our work will be ready for diagnostics within a year,” he says.

Until such diagnostic tools are developed and become commonplace, women should get a good physical examination and become aware, many experts reckon. In fact, says Dr. Raghuram, the earlier advice of “self-examination” has given way to “breast awareness”, where women should be watchful of how their “breasts look and feel throughout the month”.

As for microscopic lesions, once detected in mammograms, a doctor is duty-bound to treat them as there is no way of knowing whether these early “impalpable” cancers will be aggressive or harmless.

“After all, there’s a thin line between anxiety and awareness,” says Dr Badwe.

With additional reporting from Nilofer D’Souza

Tweets by @forbes_india
Book Review: First Draft by B.G. Verghese
The Upside of A Down Market