An intimate retreat in the Caribbean

With her first hotel in the Caribbean, Jocelyne Sibuet, the Martha Stewart of France, has transported her brand of St Tropez chic to St Barth 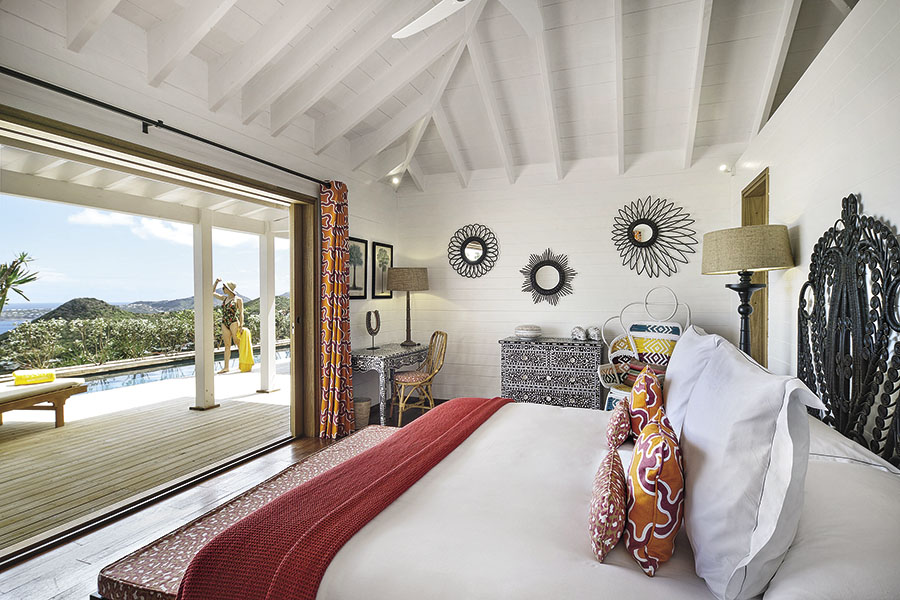 A sandal in Bohemia: Jocelyne Sibuet’s Villa Marie maintains the casual elegance of the François Plantation on St Barth, where it is set

You have to deserve St Barth.”

That’s how Marie-Christine ­Albini, the general manager of the new Villa Marie Saint-Barth, describes the Caribbean island’s character. There’s no elitism intended, but a sense of knowingness pervades. Part of what makes the place so appealing is that it’s a haven for what’s known as the “gypset”—people of considerable good fortune who travel to spots where they can play for a few days as if they were just like anyone else. In order to visit St Barth, you need a high limit on your credit card. In order to deserve St Barth, you have to appreciate the low-key luxuries, the elemental simplicity and the quiet glamour of some of the world’s best small resorts, as well as the Michelin-calibre meals and the jeroboams of spouting champagne.

Villa Marie is everything that makes the down-to-earth side of St Barth so appealing. It’s the 11th intimate retreat from the highly regarded hotelier Jocelyne Sibuet—best known for the Alpine getaway Les Fermes de Marie—and her first hotel outside of Continental France.

It is for good reason that Sibuet is known as the Martha Stewart of France. While she honed her signature aesthetic in her native Alps, where she now has seven hotels, she had no trouble capturing the bohemian spirit of the French West Indies island. “I want people to wake up and know they’re in St Barth,” she says of the hotel, which is set above the beach in Colombier and which she built with her ex-husband and business partner, Jean-Louis. “That’s very important. Other hotels here are more formal.”

Villa Marie is not. It feels remarkably relaxed for St Barth. The cliché of visiting the private home of a well-travelled friend holds true here. An extremely well-travelled friend: Sibuet sourced the furnishings for the 21 bungalows and villas (which start at around $525 a night) and beautiful public spaces everywhere from the prestigious Maison & Objet show in Paris to the souks of Tunisia and the markets of Java. Many of the headboards, whether rattan, wooden or fabric, are custom-made, and the gorgeous mother-of-pearl tables were commissioned in India. 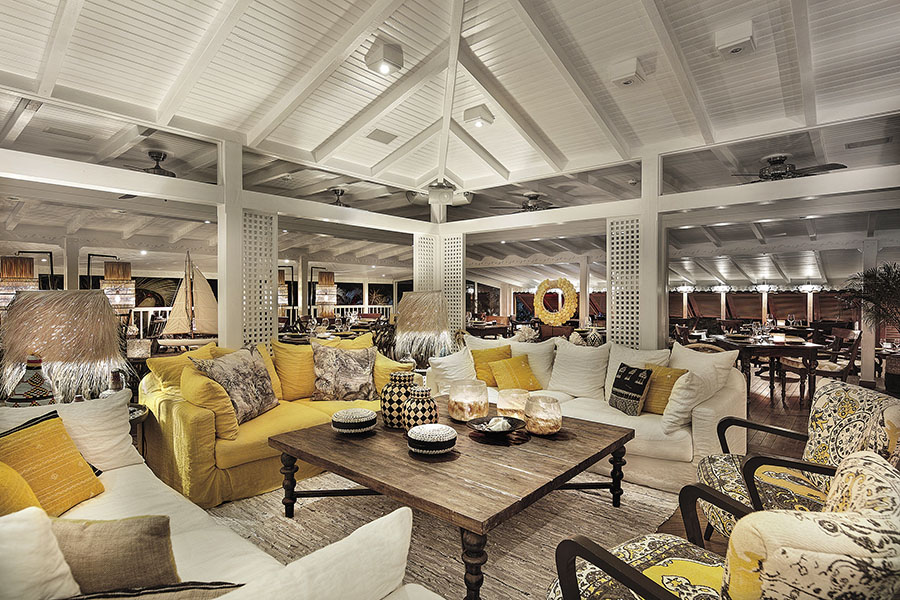 Above all, the hotel is playful. The main motifs are pineapples and parrots—and there are two of the flying variety on the property, hanging out by the swimming pool. (Sibuet gave them a new home after a friend on the island who had owned the birds for years could no longer take care of them and knew that they wouldn’t survive in the wild.)

The parrots are just two elements that animate Villa Marie, which opened last December. The place brims with history and life, in part because it occupies the site and some buildings of another small hotel and a restaurant that had been something of an island institution for 25 years.

“François Plantation has a soul,” she says of the historic property. “It has a story. We wanted to keep those elements. I don’t break things. I put a lot of attention into keeping the soul and spirit of the house and the story for the destination.” She proudly notes that François Plantation fans who have returned since she took over like what she’s done. 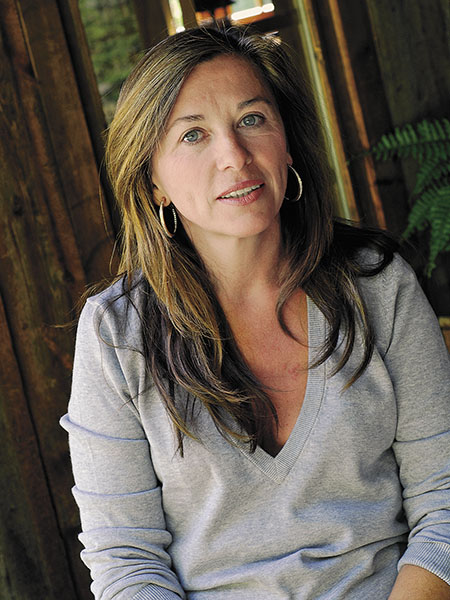 In her stylish sandals, gold-hoop earrings and breezy tunic, Sibuet could not have looked more at home than when we met for dinner at Villa Marie earlier this year, yet her creative locus is the Alps. It was there that she and Jean-Louis renovated and opened their first hotel in 1981 and there that she took on the “crazy and ambitious project” to rebuild a mountain hamlet with pasture farms, which became her best-known showplace. Opened in 1989, Les Fermes de Marie was ahead of its time in selling what Sibuet calls “authenticity and luxury disguised in simplicity”. Its nine chalets are outfitted with old beams and feature mazots recovered from the surrounding pastures and country-style furnishings from second-hand shops around the world. All the shelter magazines took notice.

Sibuet, whose formal education was in aesthetics, had no idea that her sense of hospitality would turn her into a lifestyle brand. But after renovating and opening a half-dozen more hotels, she launched her own cosmetics brand, Fermes de Marie Beauty, based on the Alpine natural ingredients such as edelweiss that made that hotel’s Pure Altitude beauty farm such a success. (Now all her hotels have Pure Altitude spas, and the cosmetics are sold under the same name.) She published a book, A French Country Home, in 2005, which cemented her reputation as the French Martha Stewart.

With all of that, and some 400 employees, the 58-year-old mogul has kept Maisons & Hôtels Sibuet a bona fide family business and brought her children into the management fold. While Jocelyne and Jean-Louis have been intimately involved in every aspect of the St Barth hotel’s design—he planted some 1,000 plants around the property himself—it was their daughter, Marie, who pushed for the family to establish a presence here.

Jocelyne hadn’t visited the island for 25 years when she went scouting for locations, but she fell in love at second sight. “We really like the spirit of St Barth,” she says. “There’s a special atmosphere.”

There’s certainly a special atmosphere in Villa Marie. It’s the culmination of decades spent creating and curating—and the product of someone who takes pride in being an amateur. “I think when you’re doing something you love,” Sibuet says, “you do a good job. You begin at the first step. Then you get better.”

Tweets by @forbesindia
We turned headphones into a lifestyle accessory: Sennheiser CEO
The world's most expensive earrings ever sold