What Made Sir Alex Ferguson Football's Most Successful Manager 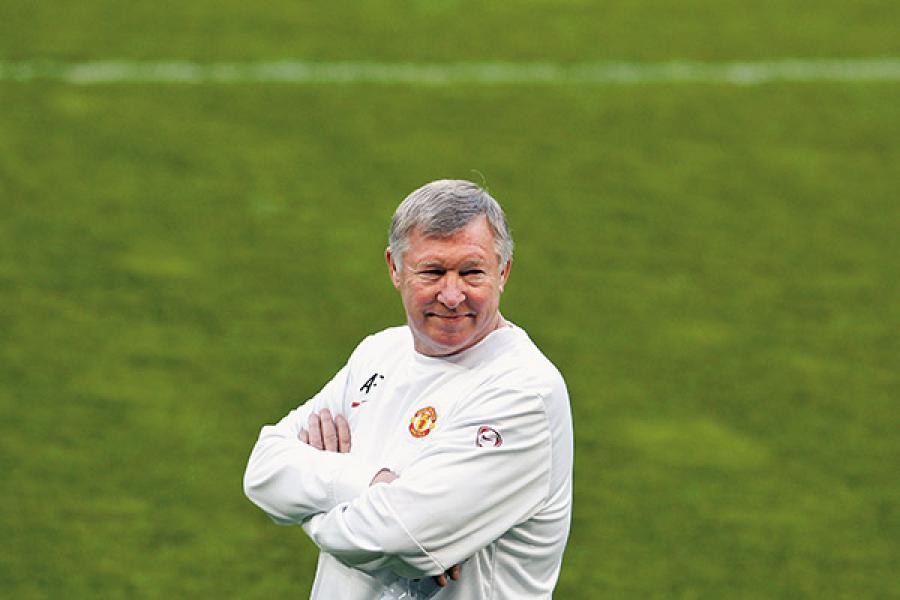 On the day Alex Ferguson announced his retirement some channels played, as the soundtrack to their bio-clip, Sinatra singing ‘The Impossible Dream’. That song, from Man of La Mancha, was not out of place: The title is emblazoned on a 72-metre-long banner at the Old Trafford stadium, unveiled as a thanksgiving gesture for Ferguson’s 25th anniversary at the club in 2011. The more apposite soundtrack to Ferguson’s reign, though, is another Sinatra song: ‘My Way’:

Regrets, I’ve had a few
But then again, too few to mention
I did what I had to do and saw it through without exemption
I planned each charted course, each careful step along the byway
And more, much more than this, I did it my way

For 27 years, and for a decade before that at other clubs he managed, Ferguson did just that: He planned every step, and he did it his way. He picked his fights, often instigating them, and usually won; he sometimes bit off more than he could chew, but he would dust himself off—almost relishing the challenge—and get on with life. He was a man of many contradictions but, like all great leaders, he operated from a central belief of right and wrong and he followed that through without hesitation.

He was the most successful top-flight manager of all time but, beyond the success, beyond all the trophies and the knighthood and the great adulation, he was a lover of football. What kept him going, even at 71, even with a pacemaker fitted into his body and a workload that would frighten off someone half his age, was the game itself, in its purest, most elemental form. It could be the discovery of a teenage sensation; it could be a brilliant goal by his latest big-name signing; it could be the outwitting of a rival manager. When his players were scoring goals, which they did very often, you would see him explode out of his seat by the touchline, that awkward half-leap into his assistant’s arms, the big smile on his face wiping away the years and saying, ‘That’s what we are about’.

Ferguson was not the most tactically adept football manager; he lacked the nous to take on the footballing brain of a Guardiola or a Mourinho, or even the scholarly Wenger. But he had a vision of the football he wanted—fast, attacking, with speedy wingers—and allied it with an instinct for the kind of players who could deliver that on the pitch. Above all, he instilled in them the spirit to keep going until the final whistle, to chase the game even if all seemed lost; that’s how so many matches, so many titles and trophies, were won in what is known as ‘Fergie Time’, the period after the mandatory 90 minutes when his players seemed to find an extra gear from somewhere to score an equalising or even winning goal.

And he could adapt to changing needs and times, forgoing naivety on the field—attack at all costs and all times—for the pragmatism of possession, percentage football. That’s how he built three great teams: The side that won him his first league titles, in 1993 and 1994; his Treble-winning side of 1999, made up of his Fledglings, Beckham, Giggs, et al; and the side that won him his second Champions League in 2008, the team of Rooney and Ronaldo. He has now laid the foundations of a fourth for his successor to develop and enhance.

The generally accepted view is that we won’t see the like of him again. It’s no exaggeration. You can’t imagine any other manager serving 27 years at one club, or managing at 71. Few managers, in this age of tight and constant boardroom control, will have such freedom to operate—to hire and fire players, fight with and harangue officials and other managers, ban journalists and boycott news organisations (he refused to talk to the BBC for seven years)—without politically sensitive suits stepping in.

Few would dare, in an age when stakes are impossibly high and the spotlight unbearably bright, to be so encouraging of unproven youth or to so boldly axe established and well-loved stars when he thought—often to the exclusion of every other pundit—they were on the wane. He did that most famously in 1995, when three key players were replaced en bloc by ‘Fergie’s Fledglings’; he did that in 2003, letting go of Beckham and forgoing millions of pounds worth of unsold shirts; and in 2005, ousting his captain and alter ego Keane in the most overt power struggle he had to deal with.

In an age when players are so powerful, no other manager will dare use the ‘hairdryer’ (as his expletive-filled outbursts are called) or even the odd flying teacup or flung boot as a disciplinary tool. As one commentator said, he put the rant in tyrant. Not too many others will have the ability to take on the challenge of four clear and present threats and see them off into the sunset: First, the overwhelming might of Liverpool, who have not won a league title since Ferguson began accumulating his; next, the cerebral and artistic designs of Arsene Wenger; then the muscle and money power of Chelsea, Abramovich and Mourinho; and finally, and perhaps most potent, the deep, oil-fuelled pockets of Manchester City.

All this after his work in Scotland, where, as manager of the provincial club Aberdeen, Ferguson took on and, while he was there, defeated the might of the two Glasgow clubs Rangers and Celtic—a bit like Bangladesh taking on and beating India and Pakistan in cricket over several series.

He was a manager in the broadest sense, his style deemed worthy of a case study by Harvard Business School. His favourite ploy was to instill a siege mentality, a world-against-United feeling, which fostered team unity and an outlet for aggression. But it went beyond that: He wasn’t shy of taking big decisions, however much they flew in the face of conventional wisdom; he was a leader, rarely criticising his team publicly (when he did, it was calculated to generate a response); he prized continuity, in players and coaches—most of his coaching staff are United alumni—and, as is now evident, in his choice of successor, a man cut from the same cloth.

A United fan from the pre-Ferguson era, I remember being underwhelmed by the appointment of the little-known Scotsman from Aberdeen and wishing the club had picked the more famous Brian Clough or Bobby Robson. Almost three decades later, the news of his retirement felt as strange and unsettling as the last day of school. You knew it was coming, you knew it had to happen but suddenly, without the prospect of Ferguson on the touchline willing his team to victory, the world feels a less secure place, the future unknown and just a bit unnerving.

The author is executive editor, ESPNcricinfo 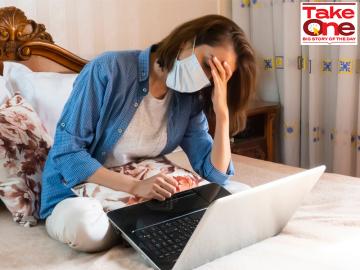 'Public health crisis within the pandemic': Why India must do more to tackle Long Covid