E. Sreedharan: Railway Board Needs To Shed Some Of Its Executive Powers

Former managing director of Delhi Metro E. Sreedharan feels that the Railway Board needs to delegate authority to zonal railways to improve efficiency and safety 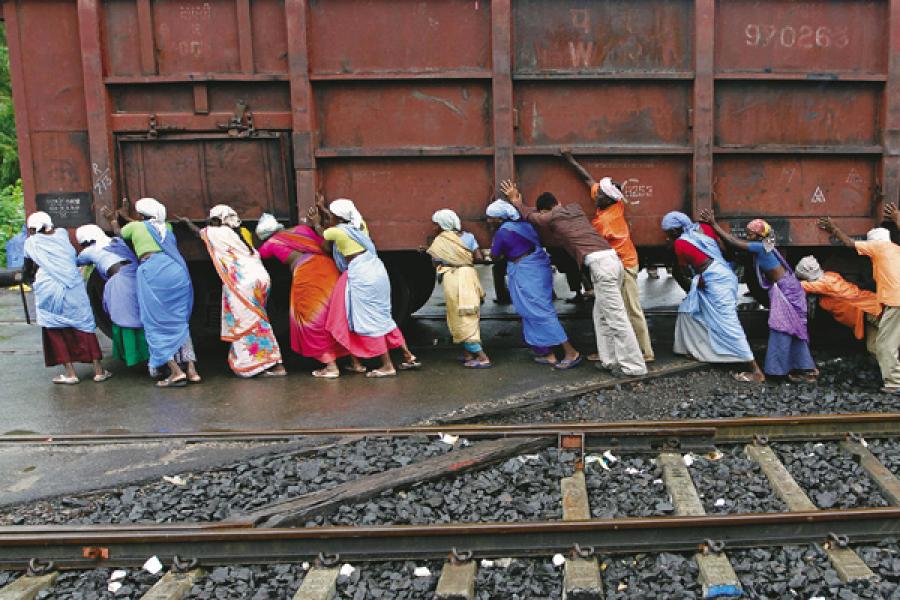 Railways is the lifeline of the nation. It has been doing a wonderful service so far. But it has not been keeping pace with the advances made in rail technology worldwide. Today, I am not confident of sending my family on a train given the number of accidents. So, improving safety of the railways is a very urgent necessity. But to be truly world class, the Indian Railways also needs to improve its speed.

For safety, the Railways urgently needs to adopt the automatic signaling systems, which improve safety by almost 80 percent, [and ensure they] are installed throughout the country. Such systems also help run more trains on different lines, thereby contributing to the overall efficiency of the network. We also need to replace level crossings with rail over-bridges. As of now, more than 300 people die each year in level crossing accidents.

For better speed, Railways needs to disaggregate freight traffic from passenger lines. The Dedicated Freight Corridor project is already planned and is a step in the right direction. Similarly, at a number of places in the country, additional lines to carry freight should be built. High-speed trains are also required to improve on transit time and a pilot project is already underway in Kerala. The speed of goods trains should be improved from around 70 kmph to 120 kmph.

There is also the issue of passenger comfort and overall hygiene. The toilets installed in trains are a huge eyesore and we need to move towards discharge toilets such as the ones used in planes. The passenger trains should have better coaches that provide better comfort to passengers. But to implement these ideas, decision making has to be quick and effective.

Today, the pace at which decisions are taken by the Railway Board is slow. This is because the Board has centralised control. Powers have to be delegated to general managers and other officers in order to improve the ability of the railways to deliver. I am not advocating corporatising the Railways. It is a service organisation and therefore should be under government control. However, the organisation has to be run on business lines.

Across the world, many railways have undergone a process of privatisation. But fortunately, the Indian Railways is still under government control. If you study the privatisation efforts in the rail sector in these countries, one will notice that although they have managed to modernise at a fast pace, the role of the Railways in the transport sector is coming down in such places due to tariff issues.

The railway bureaucracy today takes decisions that are not in line with its commercial interests as well. For instance, after handing over the charge of catering to the IRCTC, one fine day the ministry decided to take over. If a particular organisation has been given charge of running a particular business, it needs to be given support as well. Political interference in day to day matters is another cause for concern and the officials should have spine and be able to argue their point.

In my opinion, the Railway Board needs to shed some of its executive powers and delegate authority to the zonal railways in order to ensure that the Railways modernises and improves its efficiency and safety.

(As told to K.P. Narayana Kumar)


What needs to be done
☛ Adopt Automatic Signaling Systems throughout the country to improve safety by 80 percent.
☛ Improve speeds by disaggregating freight traffic from passenger lines.
☛ For quicker decision making, the Railway Board must delegate some of its executive powers.

Tweets by @forbesindia
Will 'Cash On Delivery Last'?
Banking On Innovative Ideas