Trading Electricity - The Way Ahead

The Central Electricity Regulatory Commission (CERC) and the Forward Markets Commission (FMC) are locked in a legal battle to decide who regulates the power futures market in India. The issue has been hanging fire for some time now and the FMC moved the Bombay High Court in November 2009 to settle the turf war. The court had suggested that since it is a matter between two exchanges, secretaries in the relevant ministries (power and consumer affairs) should try to resolve the issue. 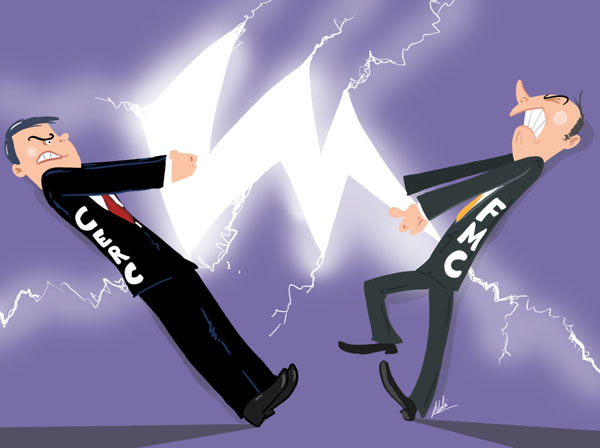 Illustration: Abhijeet Kini
Until the Bombay HC takes a final view, however, it will not be possible for any exchange to offer contracts for beyond 11 days. Any contract of more than 11 days is considered a forward contract and comes under the FMC’s jurisdiction. Indian Energy Exchange began offering term-ahead contracts, including those where delivery could be a month later, in September 2009 with the CERC’s go-ahead. Subsequently, CERC also allowed Power Exchange of India Ltd. to offer similar contracts. That irked FMC, which questioned CERC’s power to allow or disallow futures contracts saying that it was the sole regulator of commodity futures in India.
Meanwhile, CERC on January 20, 2010, issued new regulations that would govern power trading, including electricity futures in the country. CERC chairman Pramod Deo said any exchange that offers power trading comes under its ambit. He, however, declined to comment on the jurisdiction issue as it is still in court.
Expert View
Former power secretary R.V. Shahi says that the Electricity Act 2003 is a comprehensive legislation and covers all aspects of the electricity sector. Shahi says CERC has to play the pivotal role in facilitating and shaping the structure of the industry, ultimately towards a market-driven architecture. “It is, therefore, obvious that its role extends to trading, power exchange and [the] so-called futures trade.  The Forward Markets Commission, in my considered opinion, should have no role in matters relating to electricity sector,” he says.
Jayant Kawale, former chairman of the Maharashtra State Electricity Board, opposes that view saying that the FMC is better placed to regulate futures trading. “It is only regulating the financial obligation, not physical delivery,” says Kawale, who currently heads the renewable energy division of Pune-based Bharat Forge. He says CERC could continue to regulate trade but FMC could take care of the financial transactions and settlement.
Our View
Where markets are concerned, it is always desirable that all futures trading is regulated by one entity. That is because futures are derived from some underlying asset, whether it is equity, coffee or electricity, and are primarily a hedging mechanism to reduce risk. The world over, more futures are settled in cash than by physical delivery.
Currently, while FMC regulates commodity futures, the Securities and Exchange Board of India controls equity and currency derivatives. Since the nature of futures contracts are identical irrespective of the underlying asset, it is best to consolidate all futures trading under one regulatory umbrella.
That is partly the model followed by the US, where the Commodities Futures Trading Commission controls the futures market in electricity as well as other commodities, while the Federal Energy Regulatory Commission oversees power trading and other issues in the sector.