10 interesting Forbes India must reads for the weekend

Get to the nearest bookstore to treat yourself to the Forbes US centennial special collector's edition today. 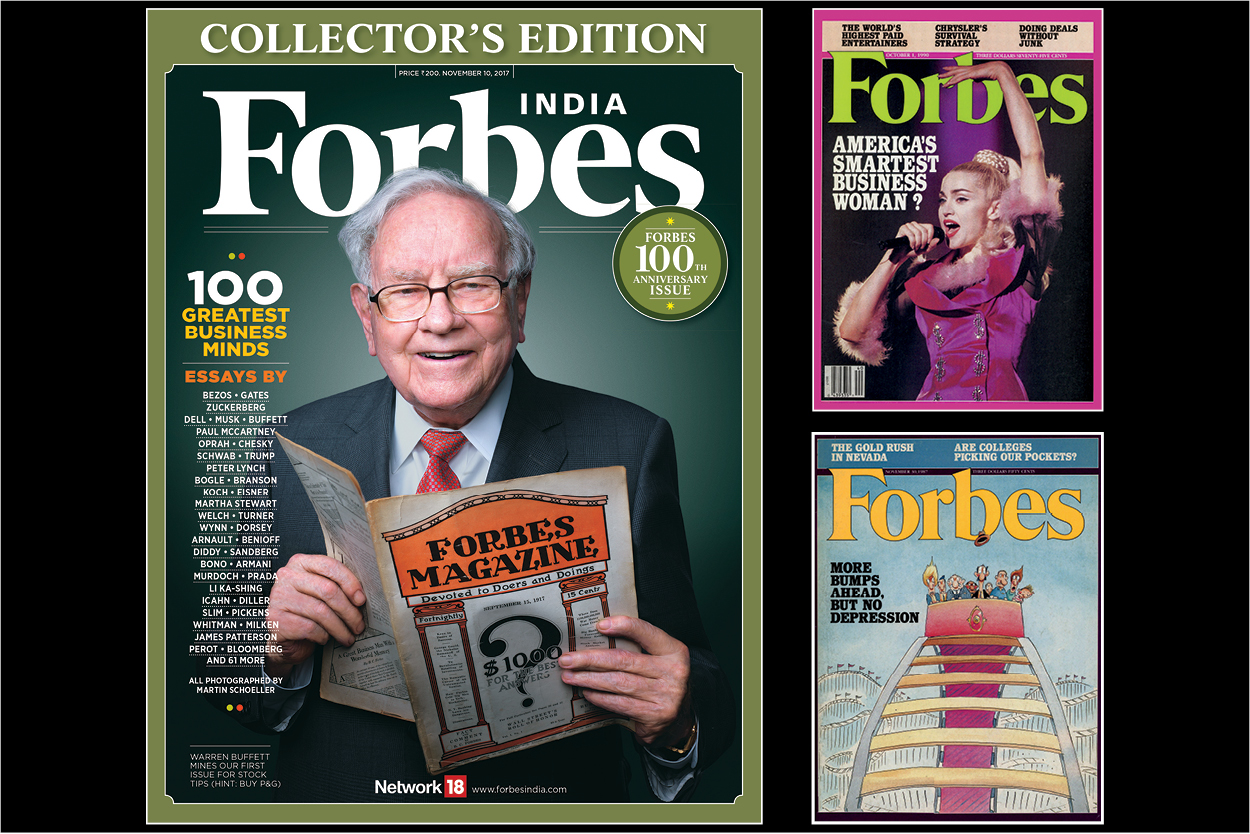 Forbes US recently completed 100 years of its existence. Our latest India issue was a celebration of the century-old legacy. Here are some of the stories from the issue.The collector's edition is on the stands now!
Being Forbes: Why it is much more than a prestigious media brand
Our Editor Sourav Majumdar writes, "The hallmark of a lasting institution is its ability to change with the times and Brand Forbes has done so with passion and fervour." In this issue, "...we bring you the very best of Forbes through the years—from the first-ever Rich List to the magazine’s hits and misses. It also brings together for the first time a galaxy of the world’s 100 greatest living business minds: From the legendary Warren Buffett who is seen on the cover holding the very first issue of Forbes Magazine to Bill Gates, Mark Zuckerberg and Ratan Tata. They share their experiences, learnings, failures and successes in what we believe is a treasure-trove for business leaders across the world." There's all this and a lot more in the centennial special issue. Click here to read the full edit Birth of the Forbes 400
You think making the first million is hard? Try making your first millionaires list

100 years of Forbes: Survivors' gilt
If you had invested $1,000 in the top 100 US companies from 1917, you—and your grandkids—would have profited handsomely.

100 years of Forbes: Hits and flops
When you are the drama critic of business, sometimes you get it right and sometimes you don't. Here are some of the highlights and low points of the magazine's coverage

Swindlers list: A century of fakers, fraudsters and rogues
100 years of Forbes: From Bernie Cornfeld to Bernie Madoff, some of whom Forbes never saw coming

More ups and downs: How the stock market reacted to major world events
Count on one thing: The stock market always manages to muscle higher, through 18 presidents, a handful of wars and several major economic crises

Forever young: A selection of under-30 world-changers since 1917
The story of youthful entrepreneurs is older than Forbes itself

Forbes @ 100: Don't mess with taxes
William Baldwin on a century of income tax , one of the economy's most ironic job creators