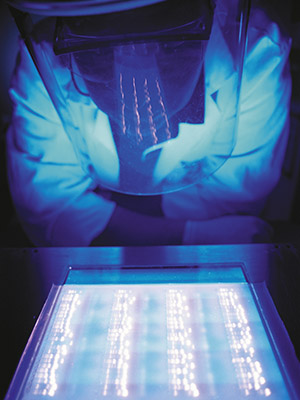 1. Dumping the ‘junk’ DNA theory
From the time the final draft of the human genome was published in 2003, it was believed that 98 percent of our genetic material inside each cell was ‘junk’, with no known function. The rest, about 2 percent of our DNA that make 20,000-odd genes, are coded for the proteins that govern our life. In 2012, that theory was consigned to history. Results from the five-year Encyclopedia of DNA Elements (ENCODE) project showed that nearly 80 percent of that DNA has some biochemical function, 18 percent of which regulates the genes, acting as switches to turn them on or off. While ENCODE proves that the genome is more complex than anyone thought, it offers hope to target individual differences in diseases for better treatment. As people get their genomes sequenced, this data can be used to map regulatory information. Something that took 450 scientists 300 years of computer time won’t yield clinical results just yet, but it’s a big first step.

2. Inside the Human Brain
After building the revolutionary low-power 32-bit ARM microprocessor that powers nearly all mobile phones today, Steve Furber at the University of Manchester, UK, is now applying his wizardry to model the human brain. He is designing a new 18-core chip and is developing strategies to connect many thousands of them. His team has come up with a new kind of computer called SpiNNaker (after Spiking Neural Network Architecture). A combination of analogue chips and digital computers, this massively parallel machine will one day help us understand self-awareness and consciousness, characteristics that the brain today is believed to be incapable of understanding. 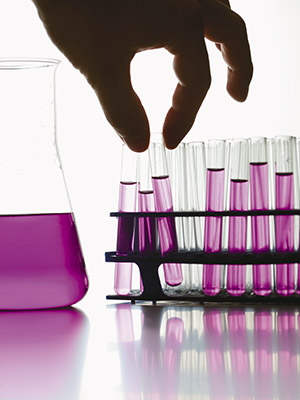 3. Simple Chemistry
Using properties of fluids to clean up fluids: It may seem intuitive but the way Anurag Bajpayee has used oil to clean wastewater, it’s unusual and, of course, impressive. The potential for a distributed system or device for purifying sea or contaminated water is simply limitless. At MIT, Bajpayee has developed a novel process and is testing a class of oils, the so-called directional solvents that dissolve water without dissolving other molecules or impurities in it. He first used soybean oil to show that the process worked. He’s now moved on to another solvent; “light oil” is all he’d disclose as his soon-to-launch startup gets ready to commercialise an associated purification technology. The prototype currently purifies 400-500 litres of water in a day but it needs to scale up to be able to tap the ready market in the oil and gas extraction industry. “The goal is to bring down the cost for drinking water purposes in countries like India,” he says.

4. Concentrating on the Sun
The technology is a mouthful—Magnetohydrodynamics, or MHD—but the concept is simple. Concentrate the rays of the sun by mirrors or lens to create superheated gas and then use superconducting magnets to extract electricity from this gas. Think of the system as an electrical generator where wires are replaced by ionised gas. The solar conversion rate of 60 percent is much higher than regular solar thermal technologies where the conversion efficiency hovers around 40 percent. The technology and associated high temperature components have been developed by New York-based Rensselaer Polytechnic Institute and Concentrating Solar Power Utility, a startup founded by the inventors. With an original, unique design, fabrication of the device is the key here, says Tom Kay, founder of CSPU, which is currently raising funds. Once the prototype is built and tested, Kay foresees manufacturing them throughout the world. “It would be great to have a partner in India to bring this to the market.” 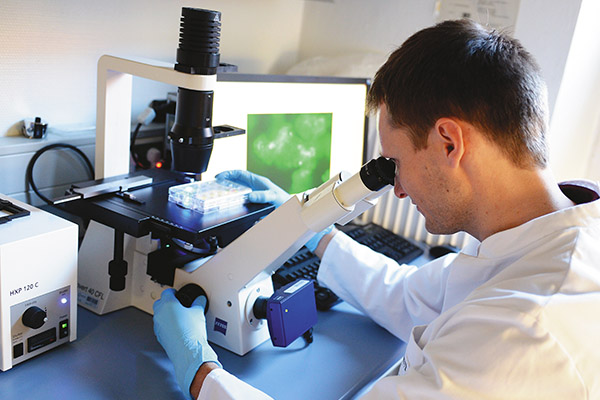 Image: Britta Pedersen / Corbis
5. Sniffing Out Cancer
Dogs can sniff many things but that cancer cells would be among them came as a surprise a few years ago. The trick lies in the metabolic waste products that these malicious cells emit. In 2012, chemists from the University of Massachusetts, Amherst, showed that the ‘nose’ strategy works in rapidly detecting many different types of metastatic cancer cells. Lead researcher Vincent Rotello has built it on his earlier work, a chemical nose made of nanoparticles and polymers, which could differentiate between cancer and normal cells. Now, the scientists have advanced it to tissues and organs. Rotello says a general diagnostic test looks much more promising and closer.