Brands as publishers: when marketing becomes a profit centre

Marketing passionista, collector and raconteur of interesting stories. Lucky to have worked with some of the best brands and brains and happy to share experiences with fellow travellers. Enjoy solving business problems and working with bright, positive people. Interested in sustainability business, women in leadership and all things digital. Running is my meditative escape and humour my go-to defence. Enjoy travelling and food experiments with my family. 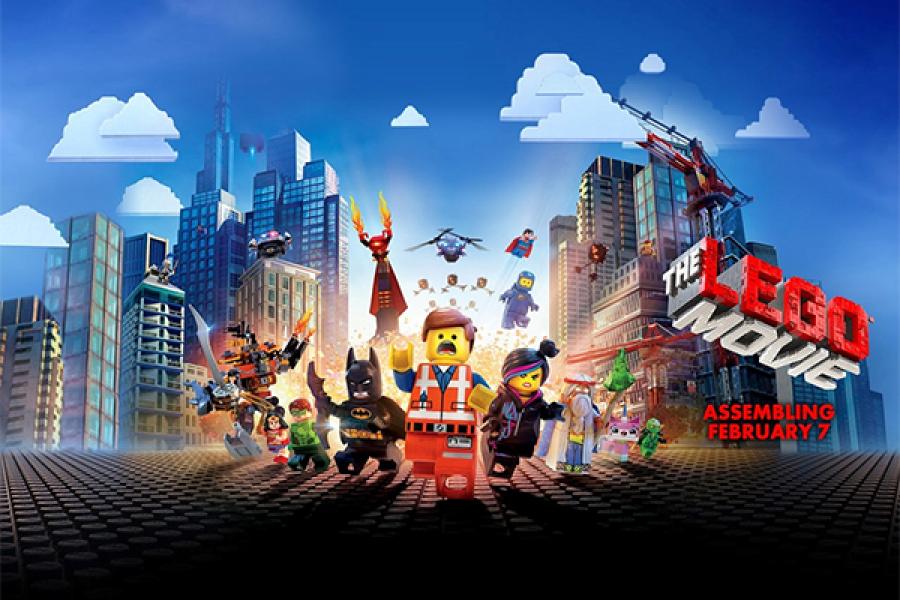 Lego appears to be as much a media publishing house as a company selling plastic bricks.

I finally watched The Lego Movie yesterday with my daughter. It is 90 minutes of surprisingly good storytelling. This is in spite of, perhaps the most overt branding imaginable. It was a stupendous commercial success, critics loved it and we finally know just how big a brand can win with content. The film director Phil Lord summed it up perfectly as a “soulful cash grab.” Hold onto that phrase, for that might as well describe what some brands are trying to do as they turn publishers.

Lego itself appears to be as much a media publishing house as a company selling plastic bricks. With three movies due for release in the next three years it is accelerating what has always been a content focused communication strategy.

Lego isn’t alone. Something new is happening in the world of branding and communication. Brands are scrambling to make a dent in popular culture instead of just being influenced by it.

At the heart of it lies the eternal quest for iconic status and connection. About being such an inseparable part of their consumer’s everyday stories that they swear irrational loyalty in return.

Also, there’s the question of money. Some brands argue that they are more than the product they sell in cans or bottles. And generating branded content that entertains consumers enough to make them pay for it is a way to monetise brand value.

Now, that is a very different way for a marketer to think. To be clear, selling more cola or candy is not the primary objective of these content efforts, although one would correctly argue that there will always be some rub – off. What the brands are seeking is turning marketing and content generation into a profit centre instead of an expense. This is out–of-the–box thinking alright, but could it work?

Let’s start with the pioneers of the trend - The Red Bull Media House. In their words, ‘At Red Bull Media House, we’re on a mission to fascinate. We constantly strive to create and distribute top-quality media assets that leverage not only our own media brands, but also those of our third-party media partners.” Launched in 2007, it boasts a global network of correspondents in more than 180 countries. In addition to their global sports, music, and lifestyle offerings, Red Bull Media House also includes two specialized units: Servus Media and Terra Mater Factual Studios. As a TV station and a print magazine, Servus is available in German-speaking regions, and focuses on topics like tradition, “love of life”, and authenticity. Terra Mater Factual Studios produces cinematic feature films and premium TV documentaries in the genres of wildlife, nature, science, and history, as well as innovative factual entertainment series.

This is the most extreme example in the spectrum – Red Bull pretty much puts the marketing at the core of the brand DNA. Their ambition is for the content to ultimately make money for the brand. It’s worth reminding ourselves that the brand itself is just 20 years old and given where they’ve reached, it doesn’t seem like a far-fetched dream.

Two years back, Marriott announced that they wanted to be the Red Bull of the lifestyle industry and went ahead and created their content studio in an effort to connect with the next generation of travellers. They launched a TV show – The Navigator Live and a hit short film named The Two Bellmen. The company claims success with millions in direct revenue and licensing deals. Their approach is to “stop interrupting what people are interested in, and become what they’re interested in.”

This May, The Pepsi Creative League opened with celebrities like Usher and Meryl Streep dropping in to work on projects. At 4000 sq. feet of studio space in central Manhattan and state of the art equipment, it is a very serious investment.

The space includes a 2,300-square-foot, multiuse recording studio, five editing and production bays, and a theatre-style screening room with 10 oversize leather chairs. Here’s the interesting thing – the space will produce both branded and unbranded content. It has signed a deal with AOL’s Partner Studios to produce content that will be carried on AOL and Microsoft properties. And it will be open to collaborations with artists, agencies and other brands.

Essentially, what these marketers are looking for is content that is so good that consumers will pay to consume it.

If Red Bull, Marriott and Pepsi have taken an in – house approach, another foods major – Mondelez, is aiming for the same goal through partnerships with studios and content creators under its Fearless media monetization model. With the announcement last week of a Chief Creative Officer, Chobani is looking at content as a mix of development in - house as well as the through the traditional agency route.

Closer home, Paper Boat has an in-house team that produces digital content for their social media channels. They have arguably the best Instagram content in the country – original, entertaining and showcasing their unique brand voice.

This begs the question, when should a brand look within for generating content and what are some of the factors to weigh before taking a call?

First, what’s the amount of content you plan produce? Both now, and in the future. There used to be a time when 2- 3 ad campaigns was all it took for a decent sized brand to coast along the year. Today, advertising yields diminishing returns because young consumers are not getting their entertainment only from TV.  Also, young consumers are rejecting advertising with surveys like this one suggesting up to 85% millennials do not like it. The brand needs to feed the insatiable social media platforms which consumers frequent. Production of this humungous amount of content needs talent, time and money. After a point, if you’re a brand with big ambitions, it makes sense to look for economies of scale and impact


Secondly, how far along are you in the brand building journey? Do consumers already identify the brand with a particular space since you have been making consistent effort in that direction? Red Bull and adventure, Marriott and lifestyle – there is a clear long term point of view these brand have on a slice of culture. Brands need a pole star to which all their content generation activity points. Also, it needs confidence and sophistication as a marketer to understand that not all content you put out there needs to be heavily branded to work for you.

Third, it means that the organization structure would change to welcome a very different set of talent. In most cases, content studios have experts from the traditional media publishers who know how the game is played. Their ideas could challenge deeply held notions of what works for brands. And as is always the case with managing change, senior management support needs to be visible and unambiguous.

Finally, as with all marketing, have clear objectives and know why you’re taking this route.  Is it upper funnel equity building or sales? In the case of Marriott, films like The French Kiss have special travel packages created around them and these are promoted on the film microsite. So the films are directing consumers to book rooms and exact sales numbers are tracked. On the other hand, another well received series - The Intel and Toshiba What Lives Inside  - has no link to sales on the website and the metrics measured are around awareness and engagement.

At the heart of it, the question to ask is this.  Do you believe that entertainment is a ride powerful enough to carry your brand where it needs to go? If yes, it might be time to roll the cameras and get in the driver’s seat.

Tweets by @forbesindia
Ecommerce to create 12 million new jobs in 10 years: HSBC
The critical relationship between simplicity and depth