The critical relationship between simplicity and depth

Information is an important input for us to make the right and timely decisions. However, 'how much information is enough ' is always a dilemma 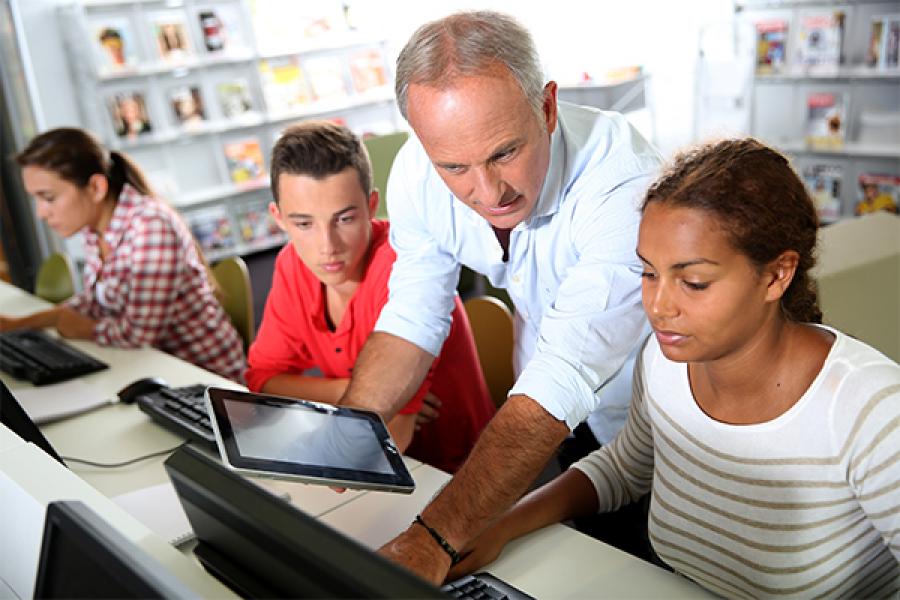 The impact in terms of effective teaching, training and coaching students is increasingly being linked to minimalism

The first reaction of   a person would be that if something   is simple, it cannot have depth and vice versa. It may lead to a more extreme view that this world is unforgiving to simplicity. This mental model has assumed greater significance in today's world.  Our world is in the throes of an information explosion.  Hence, even being able to decipher the message, from the clutter, has become a daunting task. Information is an important input for us to make the right and timely decisions. However, ‘how much information is enough ’ is always a dilemma. What is the significance and implication of this dilemma? Whether in our profession, or in social/personal spaces, are we going to let complexity/voluminous information become our master?

Over decades, in India particularly, the dominant construct has been that if one has to be   scholarly/successful, almost axiomatically he/she should have access to more information, residing  in  memory, with the  ability to quickly recall and recollect . This mind-set has led to the dominance of rote learning in almost all of the schooling, extending to college ecosystem.

However, with the introduction of the World Wide Web, the Internet and Smart Phones, the above mental model has been turned on its head. While most of us were busy acquiring and recollecting information, we probably never fathomed the discontinuity that has been now triggered.  This legacy approach is now found wanting when applied to planning, execution, and problem solving. The information access has been significantly democratised and even social structures in India are hence being redrawn. The slowdown in global economic growth, since 2008, has accelerated the decline of many traditional information-centric roles. On the other hand, newer skills and roles are being demanded at an alarming pace. However, our lens of how we saw the world has now come in the way of matching supply to the new demand. This is captured in the challenge India is facing, on the employability dimension, and hence a potential demographic dividend might end up in a disaster.

Increasingly, the work places are requiring people who have a different mix of knowledge+ skills + enabling behaviours/values. The organisations want employees/service providers who are not merely aggregating and presenting information, but able to use the information for generating new ideas, methods to solve existing problems or prevent future ones. What has become more important is the mining of such information in a meaningful manner towards generating fresh insights, generating innovative ideas in order to better serve customers, consumers and other stakeholders.

Hence Business Analytics (even HR Analytics) is strongly influencing organisational and societal information management. Post deeper analysis and analytics, it is extremely important to develop simple ideas/content/outputs. Such outcomes need to be refined/validated, including generating consensus at various levels of management, besides communication to the relevant stakeholders. Increasingly, profound meaning enables the movement towards simplicity and depth. As the current world does not guarantee success for ‘complexity heavy + depth’ solutions, it becomes essential for commercial reasons too to be minimalistic, while solutioning. As an eg: one of the early to market Indian e-commerce companies,  first captured  the insight that Indian customers do want the  exercise the choice of paying  cash , in addition  to other options, on taking delivery of the purchased item. Similarly another e-commerce company is now all set to leverage the 'last mile connect' to the customer, through integrating the smaller mom and pop stores in the Supply chain. These are simple insights on the face of it. But to be the first and execute it well, then requires simplicity and depth to go hand in hand. Customer acquisition and satisfaction enhancement need not necessarily have to be based on   complex processes/techniques including the crafting the communication interface between the provider and the purchaser/users.

Another big shift in the workplace and in society is the burgeoning of a generation of people who are technologically savvy, but who tend to have, relatively, lesser attention span. Such people may end up editing out what they feel they do not require (while it may be actually critical) while at the same time accord excessive attention to other aspects of information (which in reality may not be very important). Over a period of time- if there is no process of periodic switching on and switching off - such people are also likely to develop a sense of numbness/indifference to information overload.

Increasingly leaders and those in leadership situations are now expected to be able to simplify processes, systems, procedures etc. The focus is on ‘more with less’, and in society and Governmental language, in the call ‘minimum government-maximum governance.’ Hence, such communication is increasingly shifting to higher reliance on images, videos, story-telling, metaphors, radio broadcast, webcast etc.

The late Steve Jobs was a consummate communicator who announced important product launches, in a simple, less verbose but dramatic manner. He had limited but impactful content on his power point slides. The products from Apple’s stable (iPod, iPad, iPhone) are complex to conceptualise, manufacture, transport and get customers hooked. In marketing language, such products (and the companies that manufacture them) focus on the core value proposition to the customer, rather than dilute the same with ‘bells and whistles’. In today’s world - witnessing continued reduction in consumer spending - a large majority of consumers are not wanting to waste money on a host of ‘nice to have  features’ in  products and services.

Steve Jobs’s  Zen-like ability to focus was accompanied by the related instinct to simplify things by zeroing in on their essence and eliminating unnecessary components. “Simplicity is the ultimate sophistication,” declared Apple’s first marketing brochure. Jobs aimed for the simplicity that comes from conquering, rather than merely ignoring, complexity. Achieving this depth of simplicity, he realized, would produce a machine that felt as if it deferred to users in a friendly way, rather than challenging them. “It takes a lot of hard work,” he said, “to make something simple, to truly understand the underlying challenges and come up with elegant solutions.”

Simplicity and depth have a logic for the world of today and going forward. With increasing  transparency being demanded by all sections of civil society, organisations (virtually in all walks of life),  people want simplicity and ease to be reflected, while experiencing  products and services that they regularly engage with. They have realised that one of the hidden reasons for complex systems and procedures (product or service environment) is a deliberate ploy - used by the supplier/seller - to reduce transparency, so that Customer power can be reduced. Over the years, we have observed how the Indian Railway  & Air Ticket booking process (and in recent times even bus bookings ) have leveraged  simplicity in the business model/government service  architecture. And yet, in no way, have these simplification initiatives reduced the choice making for the traveller/passenger. Many supplier- buyer relationships have transited and matured with visibility of the former's cost structures, profitability of the former’s business, demand projections by the latter. This has led to creative pricing alternatives, options for both parties.

The subject of ‘simplicity + depth’, is also relevant to educational institutions, be it professional courses or other streams. It is increasingly becoming essential to craft the teaching content, pedagogy towards influencing young minds and leaving an impact. In the quest for sounding extremely knowledgeable, Teachers/Professors do tend to communicate in a heavy /supplier language that need not connect with the students’ frame of reference.

The impact in terms of effective teaching, training and coaching students is increasingly being linked to minimalism. ‘Simplicity + Depth’ means that all content need not be taught in class. The student, donning the hat of a learner, can share the task of being taught and trained through diligence in pre-class work, readings and post-class reflection and consolidation. These challenges in the professional education sector are a subject that would require an independent feature.

Prior to signing off, I am reproducing a phenomenal quote in a story on Works Partnership, a Portland architecture firm: “We work to find the simplicity in things, because in that simplicity will be an economy of means. In that economy is a truth, and in that truth there can be profound beauty.”

Tweets by @forbes_india
Brands as publishers: when marketing becomes a profit centre
Meet the new moguls of gaming