Bytedance may sell a majority stake in TikTok 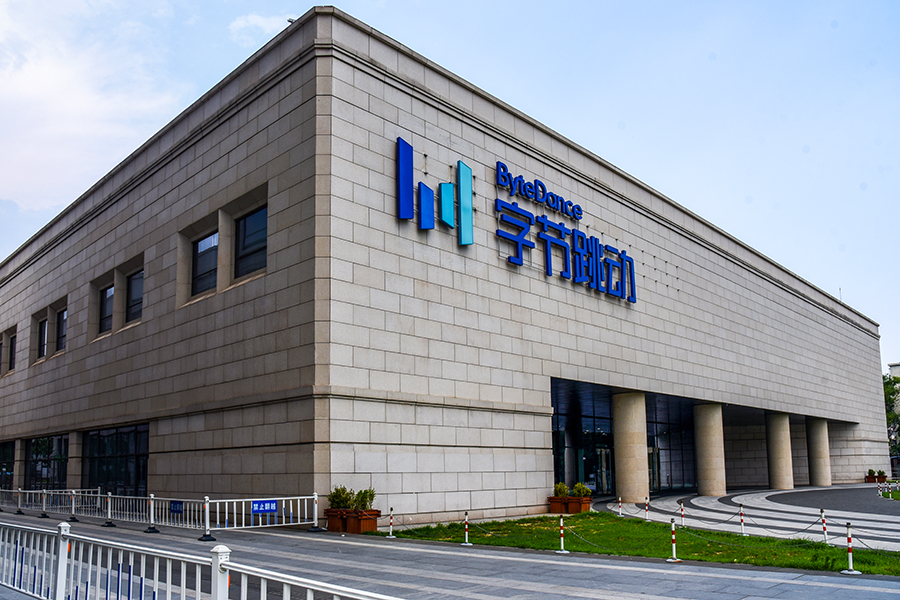 ByteDance, the parent company of TikTok, is weighing its ownership options for the popular video app after the Trump administration threatened to ban the app from the United States this month, according to people briefed on the discussions. One path that ByteDance, a privately held company in China, is discussing with its biggest backers is a potential deal that would essentially carve out the app, said the people, who were not authorized to speak publicly. Under that plan, TikTok would receive new investments from existing ByteDance investors — including the investment firms Sequoia and General Atlantic — with the Chinese company retaining a minority holding, these people said. ByteDance has raised billions in funding and is valued at $100 billion, according to the research firm PitchBook. Its other investors include Tiger Global Management, KKR, NEA, SoftBank’s Vision Fund, GGV Capital and Hony Capital. The talks, which were reported earlier by The Information, are at a preliminary stage, these people cautioned, and no option has been decided. A spokesman for TikTok declined to comment on the details of any deal discussions. In recent weeks, “there have been numerous suggestions made by external people not involved in the company’s internal discussions,” the spokesman said. It is unclear whether the Trump administration would consider such a plan enough to defuse what it views as the national security risks of ByteDance’s ownership. For now, ByteDance faces pressure on multiple fronts in the United States, caught in an intensifying cold war as Trump blames Beijing for the spread of the coronavirus, for fights over control of the South China Sea and for reciprocal bans of journalists in each country. ByteDance now stands alongside Huawei, the telecommunications giant, as a major target of the Trump administration’s campaign against Chinese tech companies on national security grounds. Last year, the federal panel that reviews transactions for national security began examining ByteDance’s 2017 acquisition of Musical.ly, the American app that became TikTok. Sen. Marco Rubio, R-Fla., and other lawmakers had expressed concerns over potential censorship within the app, as well as any sharing of TikTok user data with the Chinese government. The panel could ultimately order ByteDance to divest Musical.ly’s American assets or at least change how it transfers and stores data around the world. In February, Sen. Josh Hawley, R-Mo., criticized what he called a “pattern of secrecy” around ties between China and TikTok and Apple. This month, Secretary of State Mike Pompeo said the administration was considering banning Chinese social media apps on national security grounds. In response, TikTok announced that it would evaluate changes to its corporate structure. Criticism of TikTok’s Chinese ownership is a bipartisan issue: A defense-spending bill approved by the Democratic-controlled House this week includes a provision that would ban use of the video app on government devices. This month, Amazon told its employees to delete TikTok from their phones, citing security concerns, but backtracked hours later. Other companies, including Wells Fargo, went through with the bans. Branches of the U.S. military have barred personnel from using the app. The United States is not the only country to express reservations about TikTok. India banned the app and dozens of other Chinese services last month over national security concerns. ByteDance has rejected claims that it is a national security risk, saying TikTok is run separately from its Chinese operations and pointing out that the app is unavailable in China. In recent weeks, the app has enlisted a bevy of lobbyists to press its case in the halls of Congress, although its executives have declined to testify before lawmakers. ByteDance also hired Kevin Mayer, a respected American senior executive at the Walt Disney Co., as TikTok’s chief executive this year. Peter Navarro, a senior White House trade official, has since called Mayer an “American puppet” for ByteDance. Despite the concerns, TikTok has only grown, fueled by young people and the boredom of those quarantined at home during the coronavirus pandemic. The app has been downloaded 1.9 billion times — 172 million times in the United States — according to SensorTower.

Tweets by @forbesindia
Online gaming: A boom waiting to happen
Ep 23. Urjit Patel's 'Overdraft': Is the govt to blame for the bad loan mess?