By Ana Swanson and Keith Bradsher 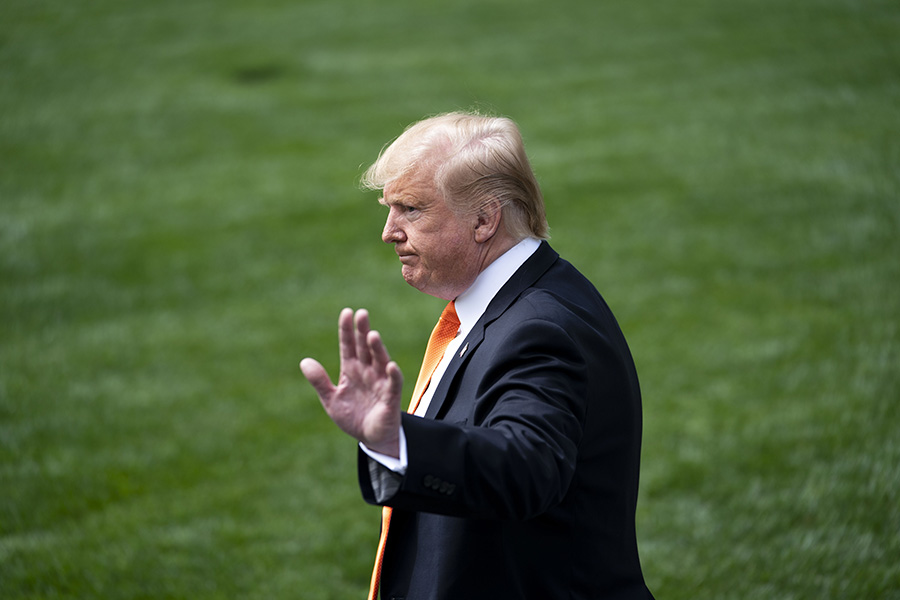 President Donald Trump while talking to reporters outside the White House before departing for a trip to discuss opioid abuse prevention and drug pricing, in Washington, April 24, 2019. Trump on May 13 defended his decision to ratchet up the trade war with China, insisting his policy was good for the United States, a day after his economic adviser said American consumers would be hit with some of the costs
Image: Doug Mills/The New York Times

WASHINGTON — The United States and China intensified their trade dispute Monday, as Beijing said it would increase tariffs on nearly $60 billion worth of U.S. goods and the Trump administration detailed plans to tax nearly every sneaker, computer, dress and handbag that China exports to the United States.
The escalation thrust the world’s two largest economies back into confrontation. While President Donald Trump said Monday that he would meet with China’s president, Xi Jinping, next month in Japan, the stakes are only increasing as the president continues to taunt and threaten China, causing it to retaliate on American businesses. Financial markets fell Monday after China detailed plans to increase tariffs, with the S&P 500 down more than 2.4% for the day and more than 4% this month. Shares of companies particularly dependent on trade with China, including Apple and Boeing, fared poorly, and yields on three-month Treasury securities exceeded those on 10-year bonds, a sign that investors may be souring on the outlook for short-term economic growth.

Tweets by @forbes_india
Ecommerce: What the past 10 years mean for the future
Entertainment: The show will go on