According to a friend, the map of my assembly constituency (Padmanabhanagar in Bangalore South) looks like a hen doing ballet. If you think that sounds outrageous, I invite you to see the map for yourself. 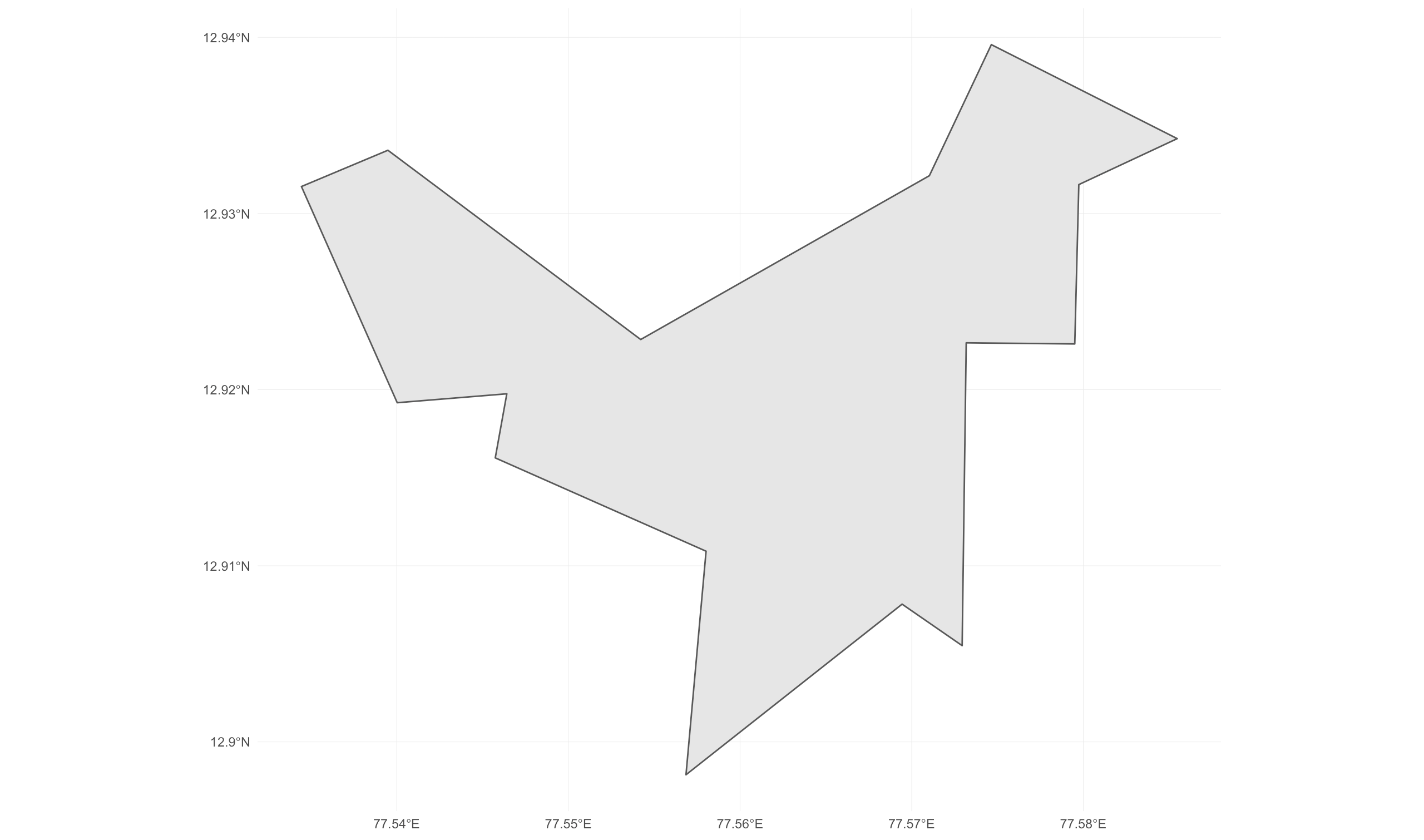 If you were to say that it looks like some other creature, or plant, or concept, I wouldn’t blame you. For interpreting the shapes of assembly and parliamentary constituencies in India can be a good substitute for the Rorschach test.
Theoretically, barring national and state boundaries, and coastlines, maps of parliamentary and assembly constituencies should be convex polygons. To refresh your geometry, convex polygons are closed figures that don’t have any internal angles that are more than 180 degrees. A more rigorous definition of convex polygons is that if you select any two points at random from inside the polygon and connect them with a line segment, the entirety of the segment will lie in the interior of the polygon. 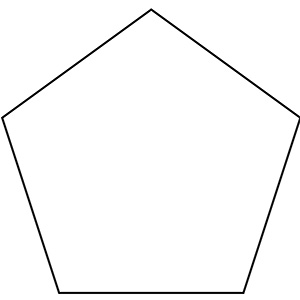 For this piece, however, you don’t need to concern yourself with so much rigour—you can think of convex polygons as polygons that don’t have weird appendages sticking out, like the Padmanabhanagar map above. Instead, convex polygons are well-formed figures, such as squares and hexagons (that said, squares and hexagons can also be non-convex, but let’s not complicate things here). For your reference, see the image of a convex polygon on the left. The main reasons constituencies in India don’t form well-formed figures is due to the concept called “Gerrymandering”. Now, there’s nothing Indian about Gerrymandering—it was first implemented byone Elbridge Gerry, who redrew the districts (constituencies) of Massachusetts state in the early 1800s to maximise his chances of re-eleciton. The shape of the district that Gerry drew was so bizarre that critics compared it to a mythical salamander, which was named “Gerrymander”.

The set of constituencies in India that will go to polls this month and the next were drawn up in the mid-2000s, based on data from the 2001 census. It is not hard to see that most constituencies have some component or the other jutting out, even when there’s no inter-state border or coastline involved. In most cases, it can be explained by some political interest or the other wanting lines drawn in a certain way to aid electoral arithmetic. 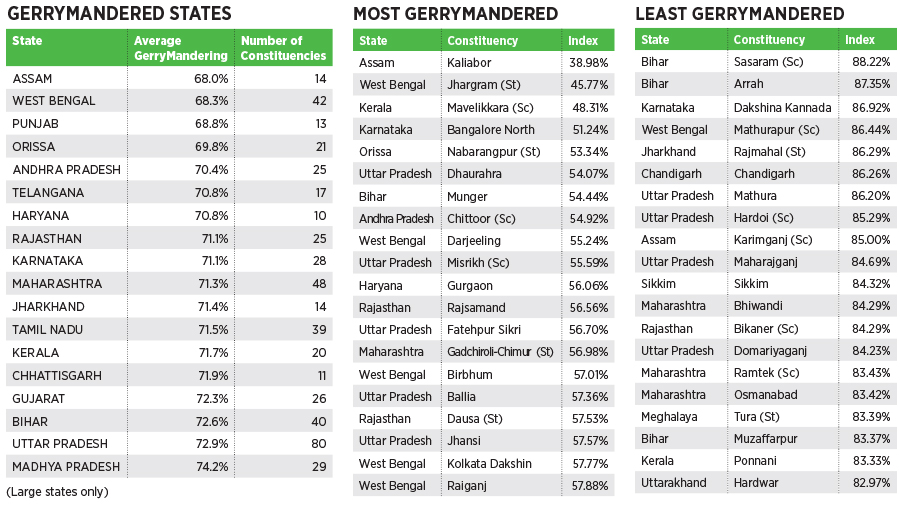 This is what the four parliamentary constituencies that cover most of Bengaluru city look like: 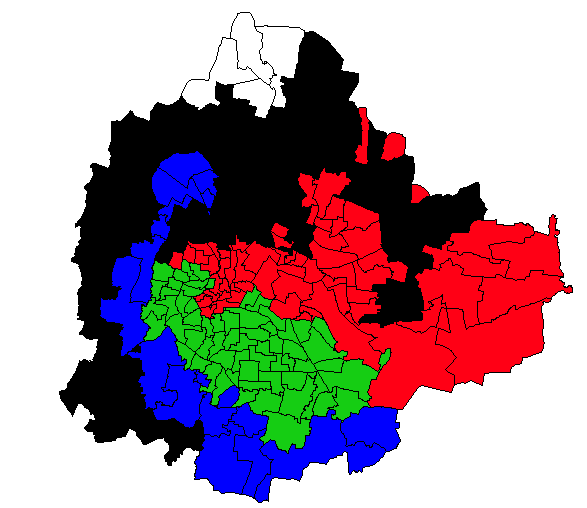 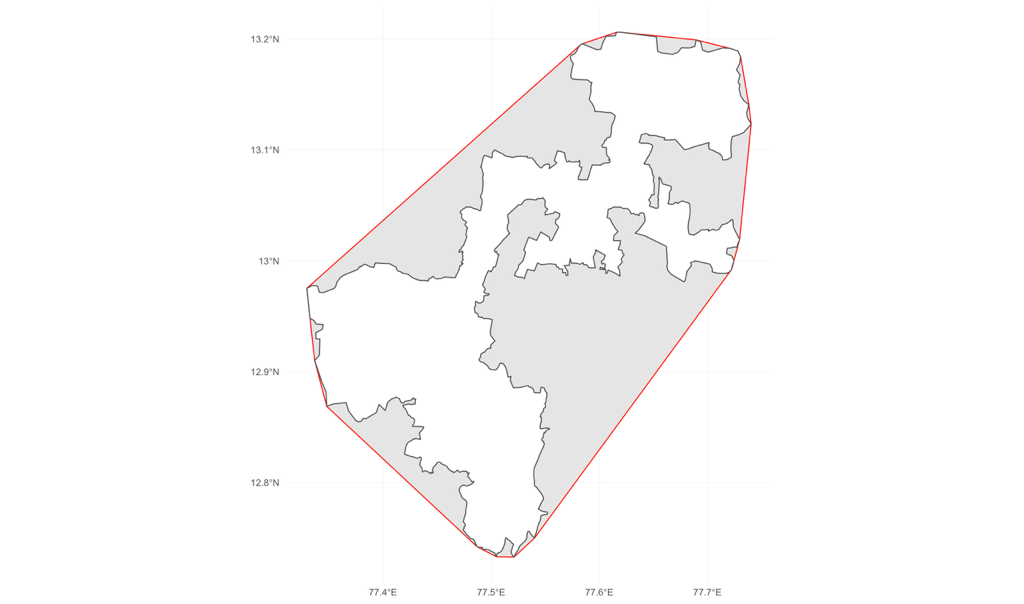 Again you are free to draw your conclusions on what this looks like, but what is clear is that the constituency itself (white shaded region) occupies a very small portion of the enclosing (red) convex polygon. In fact, calculating areas (standard statistics packages offer easy routines to calculate areas of polygons), we find that the constituency occupies only 51 percent of the area of the enclosing polygon. This is a rather low number, with the national average being 72 percent (this excludes constituencies with more than one “component” such as Daman and Diu, or Pondicherry).

That, however, doesn’t mean that Bangalore North is the most gerrymandered constituency in India by our measure. It lies in fourth position, with the “top spot” taken by Kaliabor in Assam, which occupies just 39 percent of the area of its convex hull. Jhargram in West Bengal, whose border with Jharkhand is not sufficient reason to explain its weird shape, takes the second place. 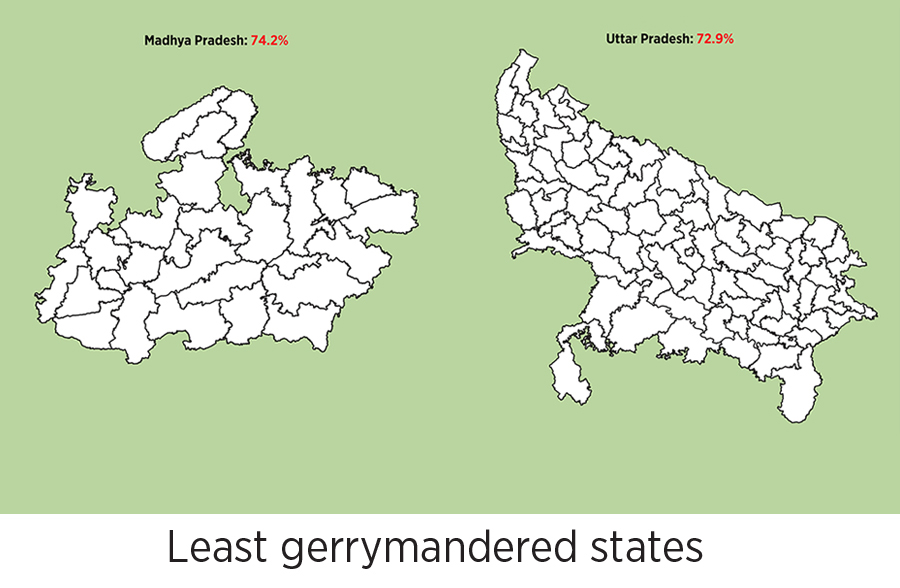 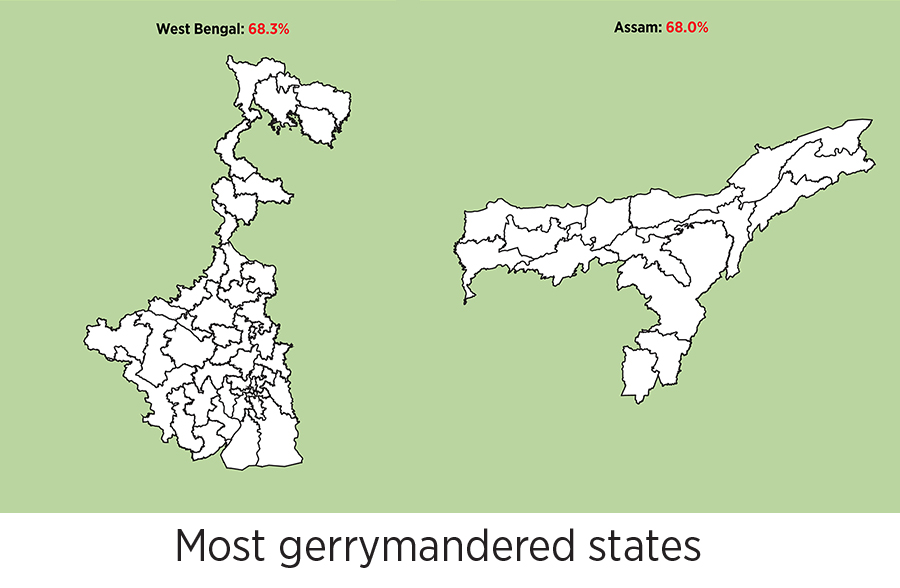 (The data for all the maps has been sourced from the Election Commission)   The author is a quant and management consultant based in Bangalore. He is also the author of 'Between the buyer and the seller', a book on market structure and platforms.