From 'Life Goes On' to 'Better Days', 5 best songs about the pandemic

While many spoke about the troubled times we live in, some infused hope and brought cheer 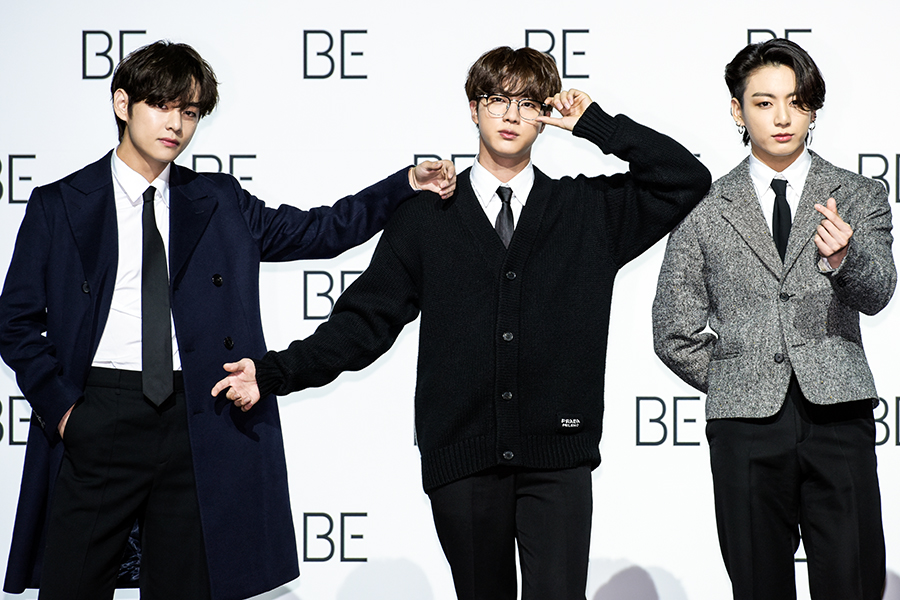 V, Jin, Jungkook of BTS during BTS's New Album 'BE (Deluxe Edition)' Release Press Conference at Dongdaemun Design Plaza on November 20, 2020 in Seoul, South Korea. (Photo by The Chosunilbo JNS/Imazins via Getty Images) The rhythm went out of our lives since the time we were forced to stay indoors because of Covid-19. The lockdowns made us accustomed to silence—along the way, the crisis got us to ponder about ourselves, life and future. During this topsy-turvy journey, music became a constant companion and the quieter moments allowed us to appreciate some notes even more. Musicians across the globe wrote and remixed several songs in 2020—not all were about healing the world; some had spunk, others energy and many gave us the hope that we have latched on to since March. Here are my top five songs of the pandemic:

1.   ‘Life Goes On’ by BTS
BTS (Bangtan Boys), the South Korean pop boy band, is creating waves globally—it’s now the first Korean pop band to hold a Grammy nomination. It released its album BE in the middle of the pandemic. The album’s lead single ‘Life Goes On’ is a peppy track which talks about how one day things went still and hopefully they will be better soon. The song ends with the lines: “But thankfully between you and me nothing’s changed.” While it’s a Korean song interspersed with English verses, we recommend you to look up the English lyrics. The song topped the Billboard Hot 100 chart and has been streamed over millions of times and tops our recommendation. (BTS fans are known as ‘ARMY’ and keeping my official ARMY bias aside, this is indeed my top pick.)
2.   ‘Six Feet Apart’ by Luke Combs
Country singer Luke Combs’ song is a perfect tribute to the pandemic. The words, “Miss my mom, miss my dad, miss the road, I miss my band, giving hugs and shaking hands”, talk about the times we have been living in—six feet apart—and the things that we would want to do when normalcy returns, such as buying drinks with friends or watching sport in stadiums. One of the widely played songs of 2020 since it released in April, it represents all things that we wish for while we remain coiled in our homes.
3.   ‘Do What You Can’ by Bon Jovi
It’s Bon Jovi… you can’t miss it. This song talks about the workers who brought your PPEs and frontline warriors who kept going through the worst pandemic that the world has seen since the 1920s. The line, “I saw a red cross at the Hudson, they turned off the broadway lights, another ambulance screams by there”, is heartbreaking, but the song is a testimony to the unprecedented times we are living in and the courage that the Covid warriors have shown to keep the world going.
4.   ‘Between Me and The End of The World’ by Adam Hambrick
The country singer wrote this song for his wife, who is a health care worker. The line—“Feels like the sky might fall this time, and all the bad news hits too close to home”—talks about the worries of those whose partners and family members are working on the frontline relentlessly through the pandemic… they can fall sick anytime and for most days they can’t even meet their loved ones.
5.   ‘Better Days’ by One Republic
More than the song, it is the video that is heartwarming. One Republic asked its fans to send their videos from all around the world… and made this song that represents hope. While most of the songs in 2020 talked about the struggles, frontline workers, loneliness and distances, this one is an attempt to cheer people and hope for a better day.
PS: Aishwarya NK contributed to the list by making me go through some 45 songs.

Tweets by @forbesindia
#ForbesIndia2020Rewind What you ate, and ordered, from Swiggy, Dunzo, Zomato
2020: When we played fast and loose with our relationship with food