Google-Huawei fallout: What you need to know

US tech suppliers, including Google, restrict dealings with Huawei after Trump order 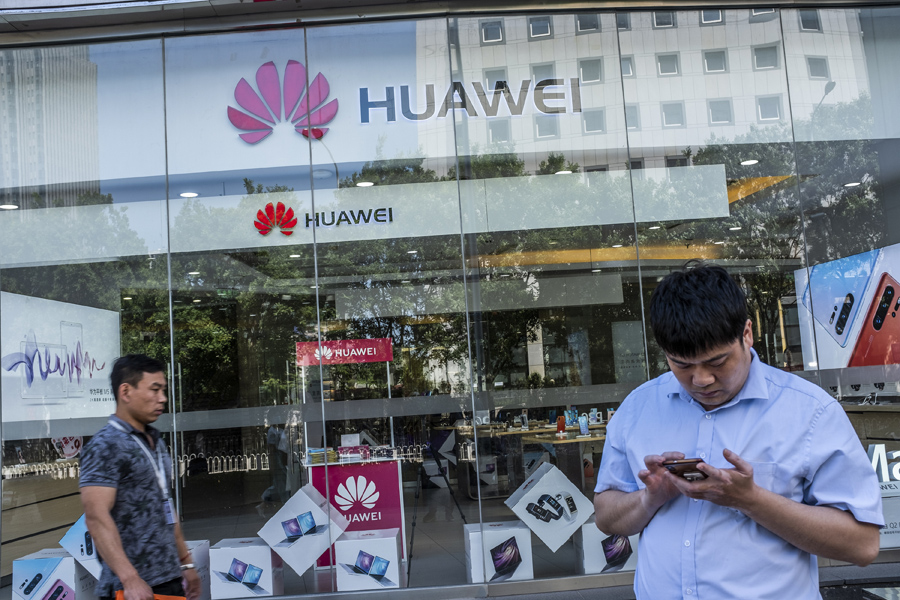 A Huawei store in Beijing, May 20, 2019. The Chinese technology giant on Monday began to feel painful ripple effects of a Trump administration order that effectively bars American firms from selling components and software to the company. (Lam Yik Fei/The New York Times)

LONDON — The Chinese technology giant Huawei on Monday began to feel the painful ripple effects of a Trump administration order that effectively bars American firms from selling components and software to the company, ramping up a cold war between the two countries over technology and trade.

The fallout began when Google cut off support to Huawei in recent days for many Android hardware and software services, according to the companies. The move, a response to the Trump administration’s order last week, could hamstring Huawei by restricting its access to future versions of the Android operating system. Google is also limiting access to popular applications like Maps, Gmail and the Google Play store in new handsets made by Huawei, the world’s second-largest smartphone-maker, behind Samsung.

But Huawei was given a temporary reprieve from Google’s abrupt pullback by the Commerce Department, which last week had added Huawei to a list of companies deemed a national security risk, effectively preventing it from buying or licensing American parts and technology without special permission from Washington. Late Monday afternoon, the department said in a notice posted to the Federal Register that it would grant 90-day permissions for transactions necessary to maintain and support existing cellular networks and handsets.

Google said that it would work with Huawei during the 90 days to provide security updates to its Android operating system, but that it planned to abide by the Commerce Department’s orders when the period expired.

Chipmakers have also started stepping back from dealings with the Chinese firm. German supplier Infineon said Monday that it would restrict its business with Huawei. And Intel and Qualcomm, two of the world’s largest chipmakers, have told employees to cease working with the Chinese company until further notice, according to Bloomberg.

The mass flight of U.S. technology companies from Huawei, one of China’s proudest corporate champions, is a stark escalation in the high-tech battle that has simmered between the two powers for years.

China has long prevented many U.S. internet giants from providing services within its borders, and it has placed tight strictures on how other U.S. technology firms can operate. The enormous commercial potential of the Chinese market made it hard for the companies to put up much of a fight as Beijing declared, in effect, that their business interests were subservient to China’s national security interests.

Now, the U.S. government is showing that it, too, has ways of getting foreign companies to play by its rules in the name of upholding national security. Its asset is not a giant, untapped market for technology products, but for the technology itself — the know-how and capabilities without which Huawei would not have achieved so much of its success.

“We have made substantial contributions to the development and growth of Android around the world,” Huawei said in a statement about Google’s pullback. “As one of Android’s key global partners, we have worked closely with their open-source platform to develop an ecosystem that has benefited both users and the industry.”

Google said it was complying with the Trump administration order and “reviewing the implications.” The company’s decision to halt work with Huawei was earlier reported by Reuters. Intel declined to comment, and Qualcomm did not respond to requests for comment.

Major U.S. wireless companies have effectively been blocked from buying Huawei’s telecommunications equipment for years, but the company’s business has grown rapidly in Africa, Asia and Europe, where its affordable prices have been embraced by consumers and by phone companies that use its antennas, base stations and other hardware to make wireless networks.

In recent months, the United States has stepped up its campaign against Huawei, which it has said poses a national security risk. U.S. authorities have worked to persuade allies like Britain and Germany to block the use of Huawei telecommunications equipment. But the efforts have had limited success, as many countries rely on Huawei gear in the race to build up fifth generation, or 5G, wireless communication networks.

Last week, President Donald Trump issued a ban prohibiting U.S. telecommunications firms from installing foreign-made equipment that could threaten national security. The order instructed the commerce secretary, Wilbur Ross, to stop transactions “posing an unacceptable risk.” Although the order did not single out specific companies, it was widely believed to be directed at Huawei and others in China’s tech sector.

The actions put pressure on U.S. allies that have resisted urging from the Trump administration to issue complete bans against Huawei. James Lewis, a senior vice president and the director of the technology policy program at the Center For Strategic and International Studies, said that most European countries would prefer a softer approach.

“I don’t think Europeans realize the extent of the strength of feelings in the U.S. that we need to block Huawei,” Lewis, a former official at the State and Commerce departments, said.

China has not said whether it plans to retaliate against the United States in response to Trump’s move. On Monday, shares in Qualcomm, Infineon, Intel and Alphabet, Google’s parent, all fell. Apple, which depends on the China market for a large portion of its revenue, also dropped amid concerns that the tech battle between the two powers made it a potential target.

The Chinese government also suggested the possibility of a legal challenge against the Trump administration order Monday. Asked about Google’s decision at a regularly scheduled news briefing Monday, Lu Kang, a spokesman for the Ministry of Foreign Affairs, said, “China encourages Chinese companies to take up legal weapons to defend their own legitimate rights.”

If the Commerce Department’s order goes into effect as currently stipulated, Google’s change will apply to new Huawei devices and future versions of the Android operating system. Security and feature updates will still be available for Huawei users with Google apps already loaded on their devices.

By adhering to the Commerce Department’s order, Google would undercut ties with an important and fast-growing partner. Huawei’s smartphone sales in the year’s first quarter grew 50% compared with the same period a year earlier, even as the broader handset market stagnated, according to the market research firm IDC. Google gets revenue from ads that are shown with the apps carried on Huawei devices.