Millions of workers and small-business owners work with startups like Oyo and Uber, financed by the biggest venture capital fund in history, the $100 billion Vision Fund run by Japanese conglomerate SoftBank. Unrest and frustration is growing among them as these startups have broken their promises, from New Delhi to Bogotá 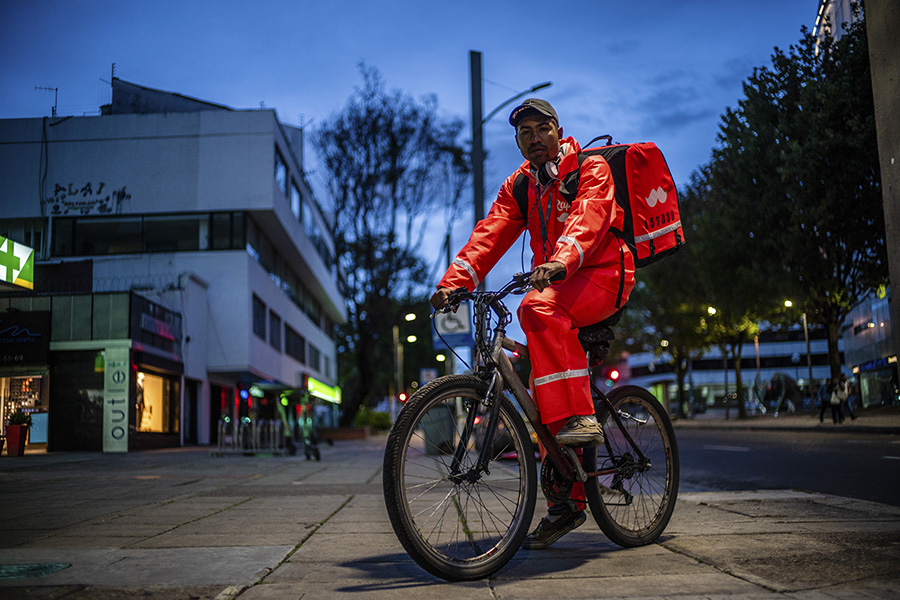 Walter Salazar, a messenger for Rappi who is now making about $8 a day, half of what he originally earned, in Bogota, Colombia, Oct. 7, 2019. This year SoftBank gave Rappi $1 billion, twice as much as what the company had gotten from all its previous investors combined. Image: Federico Rios Escobar/The New York Times