Changes in regulations in the $150 billion sector's biggest market have made the need for the companies to pivot to higher-value work, urgent 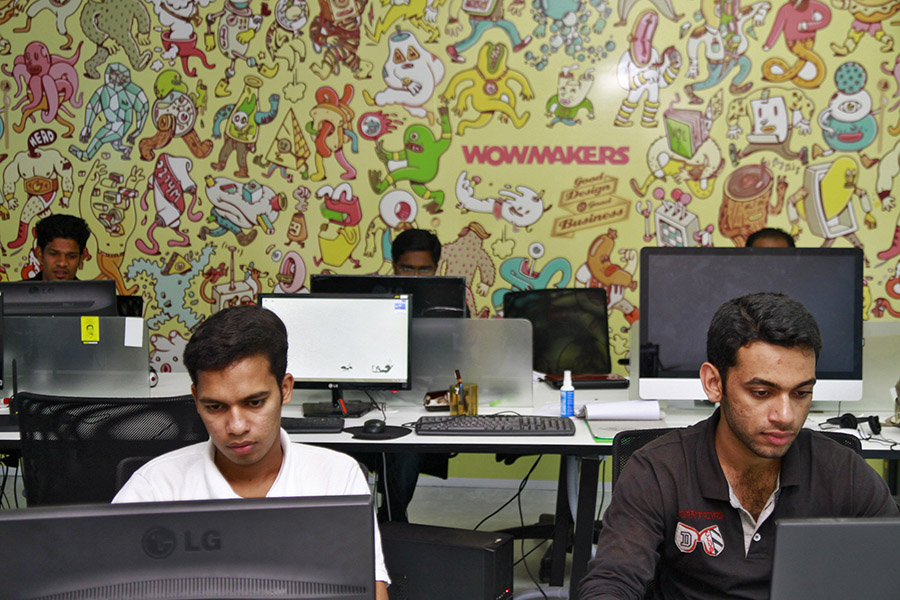 Image: Sivaram V / Reuters (for illustrative purposes only)
The Indian IT sector’s biggest companies head into quarterly and annual earnings reporting season with Infosys, India’s second-biggest IT company, anticipated to kick things off early on Thursday. But these earnings come as uncertainty mounts in the industry’s biggest market of North America.

The sector’s top companies are expected to report a relatively strong quarter with an average 1.7 percent growth in the three months ended March 31, over the previous quarter, analysts say. However, the days ahead will see tougher regulations on the H-1B non-immigrant visas in the US, the mainstay of the industry’s outsourcing services business model.

The fiscal fourth quarter ended March 31 “should see a mild pickup in IT, with the highest sequential growth in the last three years,” Apurva Prasad and Amit Chandra, analysts at HDFC Securities wrote in a note to clients on April 11. The analysts expect the top companies, including Tier-1 Indian IT companies Tata Consultancy Services, Infosys, Wipro and HCL Technologies to report an average 1.7 percent quarter on quarter growth in sales.

Challenges common to the sector including technological disruptions from cloud computing and automation, the H-1B visa challenges and the strong appreciation of the rupee against the US dollar (5 percent increase in 4Q) persist, the analysts wrote. That said, with valuations at historical lows (33 percent off peak, 10 percent off mean) there is a case to be made for “selective accumulation,” they added.

On Thursday, Infosys is expected to report March-quarter revenue at $2,577 million, a 1 percent sequential growth, and 5.3 percent over the year-earlier period, the HDFC Securities analysts’ estimate.
The HDFC Securities analysts’ also remained cautious over the performance of mid-cap IT firms, as they are “more susceptible to technological disruptions, visa/currency headwinds, and narrower valuations”, they said.

This month, US immigration authorities changed their regulations to say that merely being a computer programmer wouldn’t qualify a person to be engaged in a specialist occupation, which is one of the criteria under which H-1B visas can be granted. The authorities specifically called out the need to prevent what they termed as fraud and abuse of the visa system.

Prior to that in March, two US lawmakers reintroduced a bill that, as law, will prevent employers from making their (local) staff train contractors, who are often H-1B visa holders employed by an IT vendor from India. All of this spells much greater uncertainty for the Indian IT sector that is trying to transition to provide digitalisation services, employing automation, even as artificial intelligence begins to get mainstream.
In the near term, the sector is expected to see considerable disruption, with job cuts, and a further loss of pricing power, as many outsourced tasks will either vanish or become way too commoditized. Infosys, TCS and Wipro have all invested in building digital solutions, artificial intelligence-based tools and in startups in areas such as cyber security. The trend will accelerate this year.

TCS is set to report its earnings on April 18 and third-ranked Wipro on April 25.