India's global competitiveness up a notch

The country is ranked 44, among 63 nations, in the World Competitiveness Rankings, up one place from last year 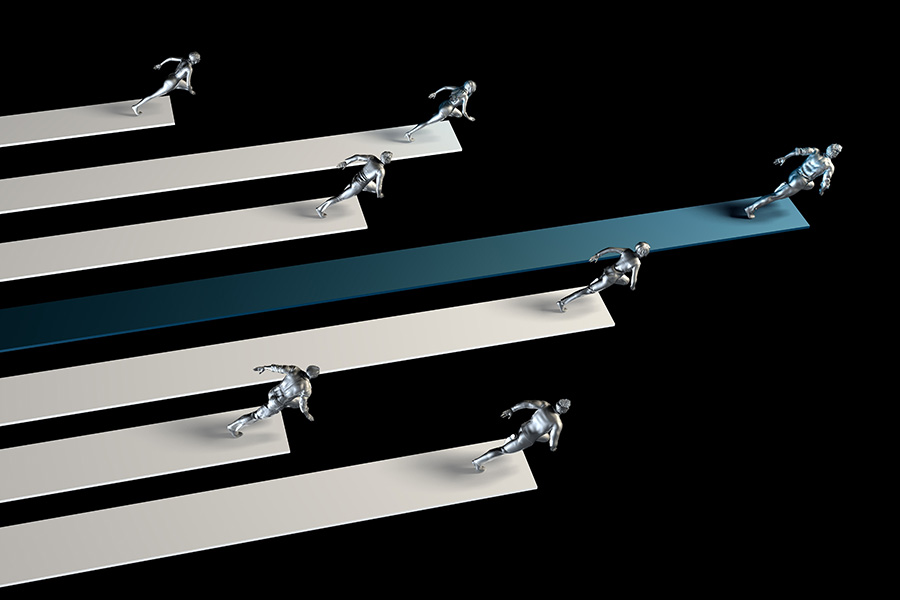 This year, India is ranked 44 among 63 nations, up one place from last year. The US is perched on top of the list followed by Hong Kong, Singapore, The Netherlands and Switzerland.

The research group based at the IMD business school in Lausanne, uses 258 indicators including cost competitiveness, dynamism of the economy, skilled workforce and high educational levels to gauge competitiveness. 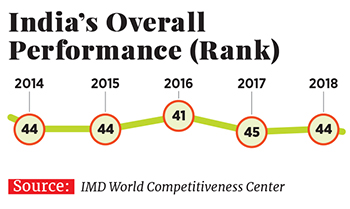 The gross fixed capital formation (a measure of the amount of investment in the country) has grown by 7.6 percent, compared with a growth of just 0.57 percent last year. Stock market capitalisation also saw an exponential growth of 90.58 percent from last year. The Indian government’s efforts to help run businesses efficiently also reflected in the corresponding rating, which improved by 5.22 percent in 2018.

Indicators where India failed to pass the muster, include real GDP growth, which declined to 6.6 percent compared with 7.6 percent last year. Rankings based on international investments, too, dropped to 38 from 22 last year. 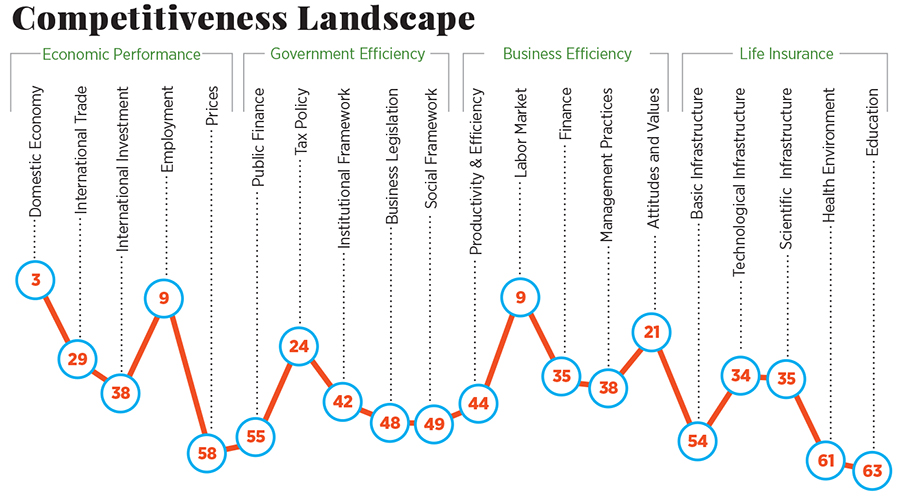 The report also highlights some key challenges the country faces such as skilling of manpower and employment generation, streamlining the implementation of the goods and services tax (GST), balancing high growth with sustainable development goals, digital literacy and adequate bandwidth at rural areas and mobilization of resources for infrastructure development.

Tweets by @forbes_india
Create, don't just disrupt
Field day for admen: These are the most advertised brands in the current IPL