India's top IT companies are expected to see demand for their services surge this year, helping them return to double-digit growth rates, as their biggest clients hand them billion-dollar contracts 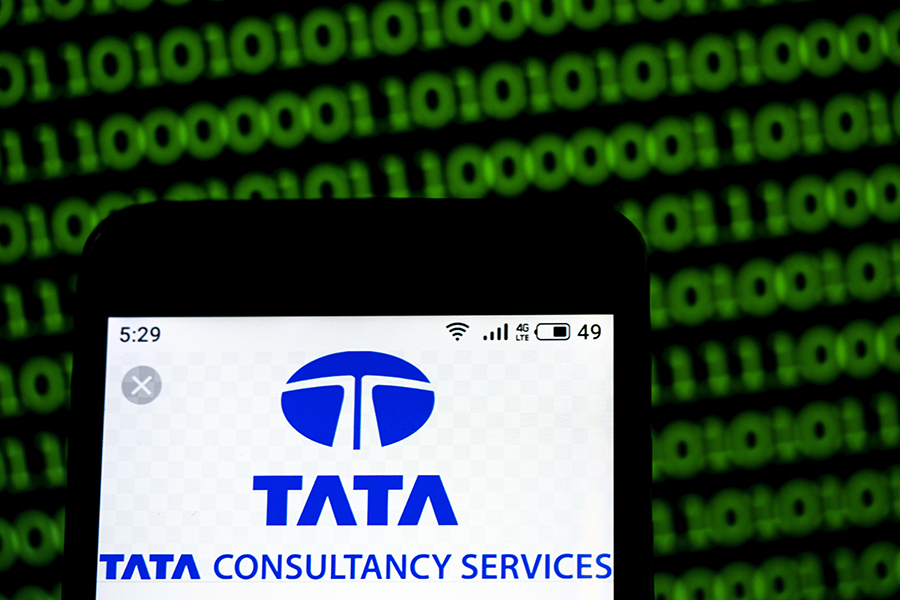 Shares of India’s top IT companies made further gains on January 11 after Tata Consultancy Services (TCS), the biggest among them, reported record numbers for its fiscal third-quarter (Q3) earnings on January 8, after markets. TCS was up 1.4 percent, Infosys 3.4 percent and third-ranked HCL Technologies was higher by 2.51 percent in early Mumbai trading.  Investors have been buying these companies’ shares, pushing their value significantly higher over the last six months on the expectation that they will benefit from their large clients’ increased spending on technology due to the Covid-19 pandemic. In the last six months, TCS has gained over 42 percent, Infosys and HCL Technologies have risen about 70 percent and fourth-ranked Wipro has added 93 percent. There is optimism about Wipro where a new CEO has begun to deliver very large contracts.  TCS reported sales for the three months ended December 31, 2020, at $5.7 billion, a 5.1 percent increase over the previous quarter. This was the strongest fiscal third-quarter growth in the company’s revenues in nine years, TCS said in a release on January 8. Profits for the quarter rose 3.4 percent over the previous quarter to $1.18 billion.  “We are now confident about the year ahead,” Rajesh Gopinathan, CEO of TCS, told reporters in an online conference while discussing the company’s results. “Whether it is the next quarter or the calendar year or even the financial year, we are very confident that we should be able to get back to our aspirational double-digit growth trajectory.”  The last time TCS or Infosys reported double-digit annual sales growth was six years ago. Their CEOs and analysts alike are confident that they could get back up there this year. The Covid-19 pandemic has forced businesses around the world to embrace technology like never before and this is helping India’s IT companies boost their sales at a faster clip.  “The stage is set for a double-digit FY22,” analysts at HDFC Securities in Mumbai wrote in a note to clients on January 5, referring to the financial year ending March 31, 2022. The analysts see multiple factors influencing this growth.Those include an accelerated shift to the cloud computing model, triggered by the pandemic; a push by large companies to reduce costs by consolidating their IT outsourcing among fewer vendors—which could help the Indian IT companies win more orders—and the IT companies offering greater breadth and depth of services through stronger partnerships with the biggest tech companies in the world.  The IT sector is set to post its strongest third-quarter sequential growth of the past eight years, despite the December quarter being a weaker one historically, due to more holidays, and the volatile macro situation, the analysts wrote. Infosys and Wipro report their earnings results on January 13. HCL Tech will release its results on January 15.  “While the sector trades at 40 premium to its 10-year average multiple, we remain positive as we expect the sector to sustain double-digit top-line growth in the medium term,” analysts at Mumbai brokerage Motilal Oswal wrote in a report earlier this month.  Recent large contract wins support the expectation that growth will accelerate at the large IT companies. In November, TCS announced an agreement to acquire Postbank Systems, a unit of Deutsche Bank, taking on 1,500 staff from the unit. In December, Infosys announced contracts from Rolls Royce and Daimler AG, and Wipro announced a large contract from Metro AG, which includes taking over two of Metro’s IT units consisting of 1,300 employees.  The total value of the contracts won in the December quarter by TCS was $6.8 billion, even excluding the Postbank win (which was concluded on January 1, 2020), Gopinathan told reporters on Friday. He was referring to the expected revenues from those contracts over the life of those agreements.  “Overall, we believe that we are in a very positive cycle,” he added.

Tweets by @forbes_india
How Parler, a chosen app of Trump fans, became a test of free speech
Hair & handsome: The story behind the world's first salon and spa unicorn, Zenoti