Hair & handsome: The story behind the world's first salon and spa unicorn, Zenoti

How Sudheer Koneru, an engineer from India, built Zenoti into a billion-dollar company by scaling its payments and B2B businesses 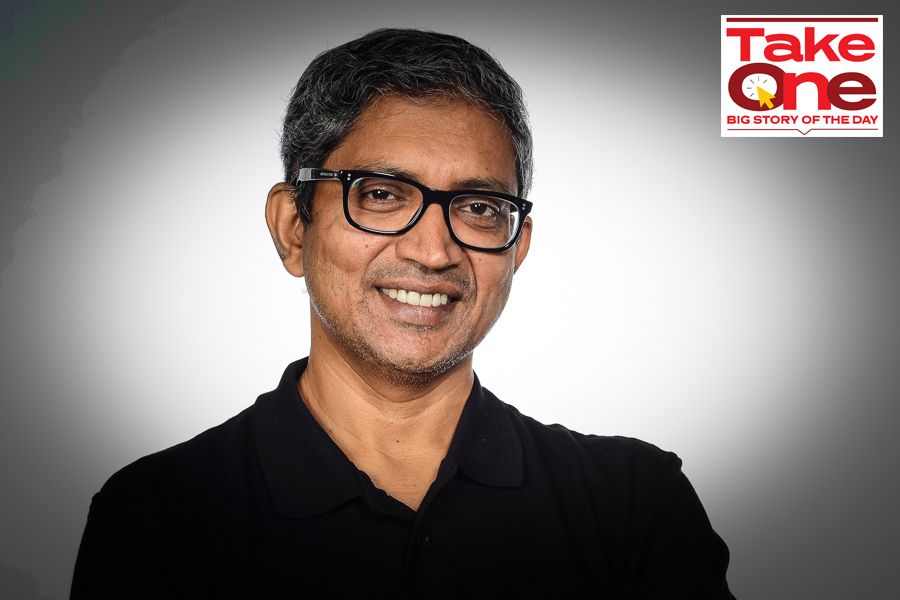 Outskirts of Hyderabad. August, 2008. Sudheer Koneru was getting ready for the big moment. He had just turned 40, and his picturesque farmhouse, nestled some 35 kilometres away from the boisterous city of Hyderabad, was playing host to a grand bash, the first one in four years since he came back from the US. Koneru, an IIT grad from Madras who started his career with Microsoft and worked with the American software giant at Seattle for a good eight years, looked calm and composed. There were no signs of nerves before the key announcement. The guests too anticipated something grand from Koneru, who founded two companies in the US and exited the last one—HR software solutions firm SumTotal—when it was around $100 million in revenues in 2007. Around 80 percent of the operations of SumTotal moved to India with Koneru in 2004. Four years later, he was 100 percent ready for his next venture. The party was its peak. Koneru plays to the gallery, but it turns out to be a damp squib. “I am hanging my boots,” he announced. The guests were stunned; the music went off; and the mood turned sombre. “I am not going to work anymore,” he proclaimed. The visitors were still trying to grasp the essence of Koneru’s big move. Was 40 too early to sign off, they wondered. What they also couldn’t figure out was Koneru’s next move. Nothing made sense to them. For the entrepreneur, though, it made perfect sense. Koneru just didn’t want to think about ‘what next’. He had been burning the candle at both ends. A successful professional, and a wining entrepreneur, Koneru had seen, and tasted, all till the age of 40: Fame and name. For over two decades, he had lived life in the fast lane by building and scaling his business. “All of us go through life in a rushed way,” he recalls. Success, he lets on, came with a massive price. “I just went on from one thing to the other. I just kept moving on,” he recounts. After coming back to India, there were days, even weeks, when Koneru would stay at his farmhouse, disconnected, without stepping out. “So taking a break at 40 made sense,” he says. The plan now was to rediscover himself by doing what he never did: Yoga workshop; art of living courses; meditation; and self-realisation classes. Becoming more self-aware became an important goal now. Wealth took a backseat. Health—mental and physical—started driving him. “I was in a different zone, but happy,” says Koneru, the first-generation entrepreneur born in a small village in Andhra Pradesh. Most of his schooling—till class seven—happened at Army Public School in Delhi. His father, a director in civil aviation, then moved to Hyderabad and Koneru completed the rest of his studies there before joining IIT-Madras. 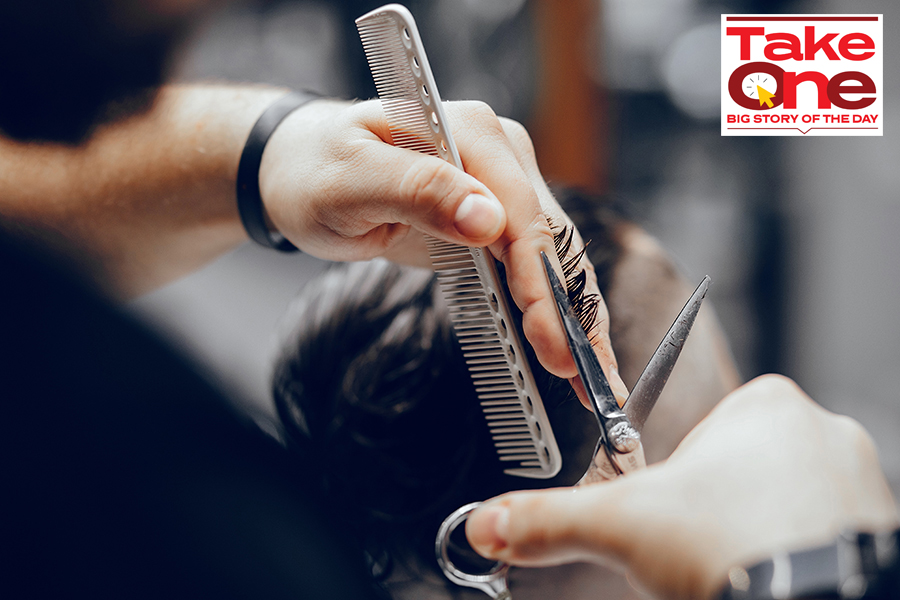 Image: Shutterstock Fast forward to December 2020. Over a decade later, Zenoti raises $160 million in a Series D round. Led by private equity firm Advent International, existing backers such as Tiger Global and Steadview Partners too participated in the round. If raising fund from marquee investors calls for a celebration, then Zenoti’s founder Koneru is not the one to open a champagne bottle. What if the latest round of funding happened at a valuation of a little over a billion dollar? Would that call for a party? After all Zenoti—which began as ManageMySpa in 2010 before changing its name in 2015—is the first global unicorn to emerge out of the salon and spa space. A software as a service (SaaS) venture, Zenoti manages and digitises appointments, handles point-of-sale operations, and takes care of payment and inventory management for spa and salons across 50 countries. The Hyderabad- and Bellevue (Washington)-based unicorn gets 60 percent of its revenue from the US, 20 percent from the UK, five percent from India and West Asia, and the remaining from the rest of the world. The unicorn tag, though, is not exciting enough for Koneru to shout from the rooftop. “Personally, it doesn’t mean much to me,” says the founder in an exclusive interview with Forbes India. For employees, however, it means a lot. It’s comforting, and reassuring. “You can't necessarily be a unicorn unless you're doing something right. Right?” he asks. For customers too, the unicorn label helps. There are other companies selling salon software. “But Zenoti is the only unicorn,” he smiles. It does two things. First, it puts us in a different league. Second, it helps in attracting more clients, and employees. “It catches their eye,” he smiles. Back in late 2014, what caught the attention of Accel, the first institutional investor to put in money in ManageMySpa, was the seamless experience that the startup had built in its product. The next big thing that came to the notice of the marquee venture capital fund was the untapped opportunity for the startup in the US. “Back then the team was thinking only about the Indian and Southeast Asian markets,” recalls Shekhar Kirani, partner at Accel. Their revenue, he underlines, was very small, and the big market was in the US, not India.

Koneru, though, was quite content with the way he was running the show in India. Call it the way he conditioned his mind since he announced the ‘aborted’ hanging of the boots in 2008, for Koneru what mattered most was not pace, but space. He had turned a firm believer and follower of vedic philosophy Soham, which meant identifying oneself with the universe. “We didn't want to deal with time zone issues, people staying up late night,” he recalls. When Accel came knocking on the door, he recalls, the startup was bootstrapped and didn’t need any money at all. “I was not looking at the big outcome,” he recalls. Taking money from Accel, he knew, meant taking bolder steps. In early 2015, Accel did invest in the startup. And within 30 days of the investment, the head of sales of ManageMySpa moved to the US. “Going back to the US meant a reset point for us,” Koneru recalls. Going back also meant that the gritty entrepreneur was again living true to his dharma: Living life to one’s full potential. Ironically, this is what the true essence of Soham was: A person being the sum of all possibilities in the universe. Koneru took a leap of faith. The debut started with a bang. Koneru bagged three big wellness clients, which combined had over 300 stores across the US. The success, though, was fleeting. One of the three initial big wins abruptly signed out. Reason: Teething problems in execution of the software by the then ManageMySpa. Though Zenoti had lost only one client, the setback was massive. Koneru explains. In a vertical and a well-knit industry of wellness and spas, word of mouth matters a lot. For a fledgling startup in the US, tripping on execution and losing one of the big clients was indeed big trouble. The crisis, though, blew over gradually. Zenoti survived, and grew across the US. Little did Koneru know that something massive was waiting to strike. It did hit in 2017. And it hit hard. Zenoti had rolled out a payments solutions in collaboration with a German firm. The plan was to build something like Uber for salon and spas. The idea was great. The moment a stylist says, ‘I'm done with the service’, a customer’s phone gets charged by the new device; she chooses a tip and then walks out. “The whole experience was beautiful and seamless,” recalls Koneru. It was, he adds, a unique payments solutions. The unique payment, though, came with unique problem. The device started failing with amazing regularity; the store owners started fuming as they couldn’t collect money; and it looked like Zenoti’s story had taken an ugly turn. It was a déjà vu moment for Koneru. In 2009, when he took over the wellness, gym and spa business of his brother in Hyderabad, he had faced a similar mess. The Latitude and Tangerine spa—a chain of integrated facility of yoga, spa, gym and salon across six cities in India—needed a reboot. The operation was chaotic, and there was no good software to manage the multi-outlet and multi-location business from a centralised space. Koneru, the IT geek, tried to fix the problem by building a software to fix the issue. Back in the US, in 2017, the faulty devices were getting replaced. Koneru was scrambling to pacify disgruntled clients who were leaving in hordes. It looked like the growth story of two years was coming to a nought. “But I didn’t give up,” he says. The startup took over six months to fix the issue. “It slowed us down,” he recalls. “We lost a year of growth at least.” There was a silver lining, though. The payments problem and the resulting solution turned out to be one of the strongest features of Zenoti. “Our unicorn status is more tied to our payments business than to our subscription business,” smiles Koneru. Payment processing, he lets on, gives Zenoti a big edge over its rivals. Call it providence, or being prepared for the right time, Covid only accelerated the adoption of contactless payments solutions across spas and salons in the world. “We persisted. That’s why it paid off,” he says. Zenoti’s success has also to do with its sharp focus on B2B business. “I find this space safer. It’s more predictable,” Koneru says, adding that he believes in building business the old-fashioned way. Zenoti, he lets on, could have easily explored the B2C side of the business like getting into booking a spa or salon for consumers. “But we stayed away from this zone. It’s not in my DNA,” he says. B2B, he underlines, is a sustainable business. SaaS might not be as glamorous as other consumer-facing businesses who hog the limelight, but it’s a strong business where one makes money. While Zenoti, he claims, is well on course to cross $100 million ARR (annual run rate) over the next 18 months, the burn rate is at $1 million per month. Koneru declines to share the exact financials, citing company’s policies. “I want to transform the salon, spa and wellness business across the world,” he says. The unicorn status, he stresses, is just a milestone. “It only reinforces that Zenoti is on track,” he says, signing off.