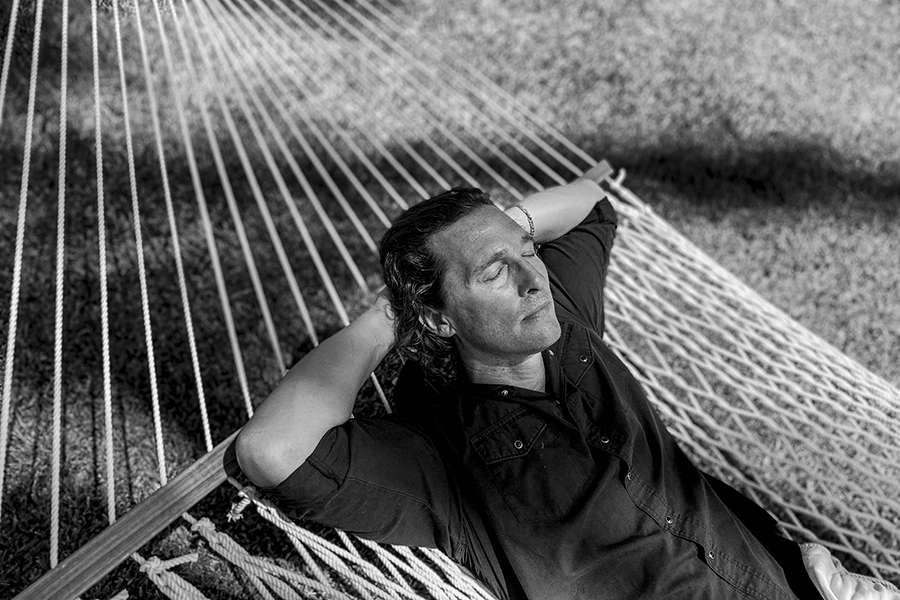 Matthew McConaughey photographed remotely, Sept. 14, 2020. McConaughey, who turns 51 on Nov. 4, enjoys spinning some of these personal yarns, not necessarily because they sound cool but because he believes they reveal certain universal and teachable truths in his new autobiography “Greenlights,” which publishes on Tuesday, Oct. 20. (Devin Oktar Yalkin/The New York Times)

Would it surprise you to learn that more than 30 years ago, before he’d even sauntered across the screen in “Dazed and Confused,” Matthew McConaughey wrote a poem in which he vowed he’d someday become an author? As one of its lopsided verses declared: I think I’ll write a book. A word about my life. I wonder who would give a damn About the pleasures and the strife? This was in 1989, when he didn’t know all the twists and turns that awaited him — the acting awards he’d win, the wife and children he’d have, the bracing dramas and banal rom-coms he’d make. But he was certain he would live a life worth chronicling. Now that poem, rendered in its creator’s arcane handwriting, appears at the start of his autobiography, “Greenlights,” which Crown will publish Tuesday. The book offers a shotgun seat to all the l-i-v-i-n that McConaughey has accumulated, from his upbringing in a tumultuous Texas family to his ascent as the ruggedly serene star of “Magic Mike,” “True Detective” and “Dallas Buyers Club.” McConaughey, who turns 51 on Nov. 4, enjoys spinning some of these personal yarns, not necessarily because they sound cool but because he believes they reveal certain universal and teachable truths. To that end, “Greenlights” is filled with homespun wisdom that McConaughey has wrung from his toils, travels and that time he got arrested while playing bongos in the nude. He has fortified his remembrances with the coinages and maxims he dutifully recorded in decades’ worth of personal journals and which continue to spill naturally from his mouth. It is a book that is constantly evaluating itself and its reasons for being, much like its author. He acknowledges that he entered into the project both eagerly and warily, looking to use his celebrity for the opportunity to tell his story in his own idiosyncratic way. “I get what equity I bring as Matthew McConaughey, however you see me,” he said in a Zoom conversation last month. He spoke from a den in his home in Austin, Texas, wearing his hair swept back and a flannel shirt that was only partly buttoned up as he peered into his webcam through a pair of horn-rimmed eyeglasses. “If it’s a straight memoir” — he stressed the second syllable with an unexpected French flair — “as a publisher you could sell some books.” What he hoped to produce, he said, was one where “the words on the page are still worthy to share if they were signed by anonymous but at the same time be a book that only McConaughey could’ve wrote.” Like the bestubbled dude you have seen whooping it up at WWE matches and sermonizing in luxury car commercials, McConaughey is alternately uninhibited and self-serious. He is comfortable referring to himself in the third person and dismisses any suggestion that he has stumbled backward into his professional success. As he told me, he knows there are people who think, “Gosh dang, McConaughey just eases right into everything — the guy doesn’t seem to have any bumps, doesn’t get hit crossing the road.” He said he wrote “Greenlights” partly as a corrective to this perception, to show how much effort it has taken to get where he is. But McConaughey wants readers to look beyond the boldface name on its cover and focus on its fundamental message. No one can escape hardship, he said, but he can share the lessons “that helped me navigate the hard stuff — like I say, ‘get relative with the inevitable’ — sooner and in the best way possible for myself.” Codifying his beliefs and putting them down on paper was one test. The next challenge comes as McConaughey releases “Greenlights” into a world that feels increasingly unsettled and dismissive of values systems — one where, like millions of Americans, he and his family have spent the past several months “trying to outrun the ol’ COVID,” as he put it. “I’m still continuously testing and updating my philosophies, practically daily,” he said. “And I can do better at a lot of them.” As McConaughey tells the story, his youth was dominated by his father, Jim, a former college and professional football player turned pipe salesman who was married three times to and twice divorced from the actor’s mother, Kay. The book’s first chapter dramatizes a scene from 1974 where McConaughey watched the couple fight ferociously — his mother having broken his father’s nose with a telephone while he brandished a ketchup bottle — before his parents had sex on the kitchen floor. It sounds brutal and, as McConaughey told me, “This is the reality, but there’s humanity in that reality.” Jim was tough on his sons, too, but, McConaughey, who is the youngest of three brothers, said, “I wouldn’t give back one ass-whupping I got for the values that are ingrained in me.” When he reflects on his parents, McConaughey said, “The love was real. The passion was real.” (A few days after McConaughey started filming “Dazed and Confused,” Jim died of a heart attack while making love to Kay.) 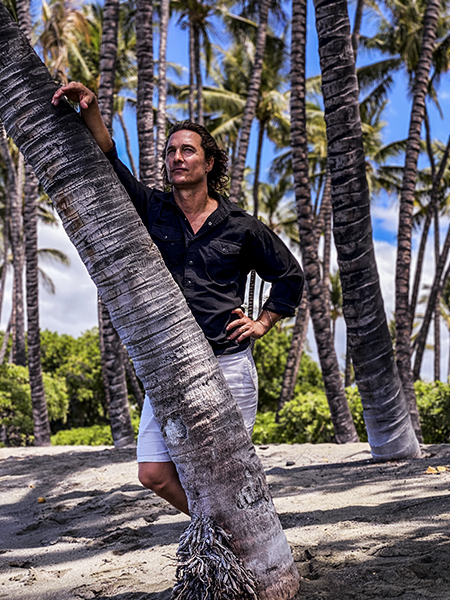 Tweets by @forbes_india
News By Numbers: How PM Modi invests his money
Meet Moe Rock - The maverick of media