My life has been shaped by women: Shah Rukh Khan

Crème de la crème of business and society in attendance at Mumbai launch of Gunjan Jain's book 'She Walks, She Leads' 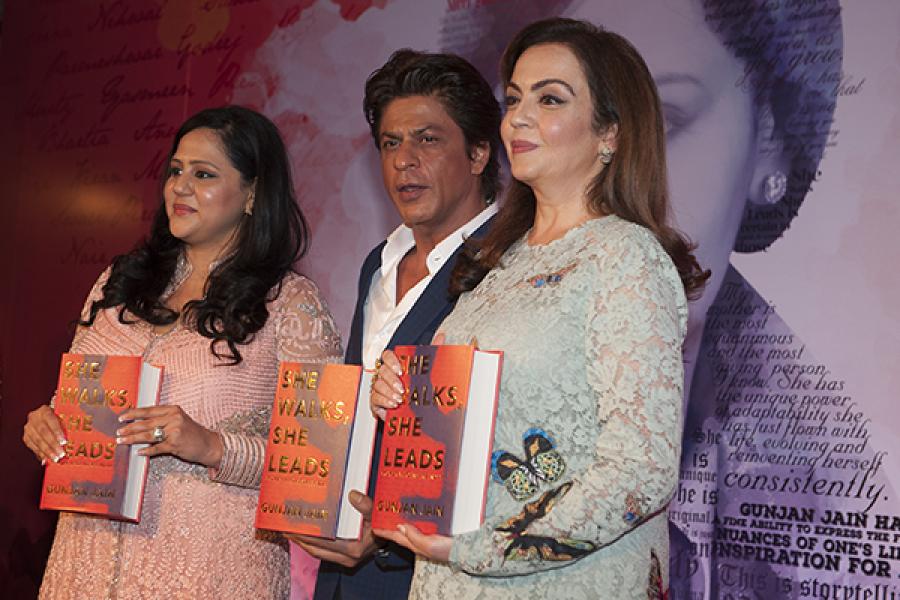 “My life has been shaped by women – my grandmother, mother and now my daughter…,” said Bollywood superstar Shah Rukh Khan. “I would not be even half a man without them.”

He was speaking at a function organised to launch the book She Walks, She Leads authored by Gunjan Jain. The book, published by Penguin Random House India, chronicles the extra-ordinary journeys of 24 women leaders in India who have fought their way to attain success in their chosen fields.

PHOTOS: Who's who of India Inc attends launch of 'She Walks, She Leads'

“In a world where women are given a tough deal, the book is a testimony of their fight for their life,” Khan, who is among the only two Indian actors to be a part of Forbes 's 2016 list of the world's highest-paid celebrities , said.
With the who’s who in the world of business and society in attendance, the evening at The Taj Mahal Palace Hotel, Mumbai, turned into an occasion for celebrating these extraordinary women and their success. Those present included Mukesh Ambani, Nita Ambani and their three children – Isha, Akash and Anant, Deepak Parekh, Kumar Mangalam Birla, Ajay and Swati Piramal, Adi Godrej, Zia Mody, Rajashree Birla, Sanjay Nayar and Chanda Kochhar, to name just a few.

Speaking on the occasion, Nita Ambani, Chairperson and founder of Reliance Foundation said, “The book contained life stories that can inspire and guide a whole generation of women.” She recounted the story of boxer Mary Kom who, while training at Patiala for the Asian Cup Women Boxing Tournament, faced this huge dilemma. Her son had to undergo a heart surgery even as she was about to leave for China. She wanted to give all up and return home. But her husband persuaded her to go. She won the gold at the championship and rushed home to be with her son. 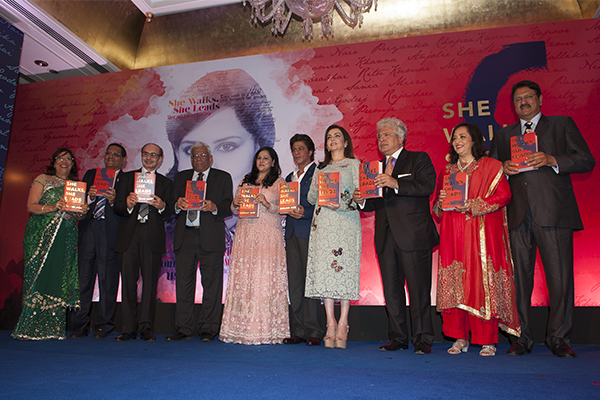 “Dilemma between motherhood and career is a challenge every woman faces. But such success stories tell us that motherhood is just a comma and not a full stop,” she said. In a decade, India will have the largest number of women in the world and studies have shown that involving women productively will add $700 billion to the GDP. “A world where women lag behind is an unfair and unjust world,” she said adding, “Empowered Indian women means a stronger India.”

It took Gunjan Jain (who is also a Forbes India columnist) three years to complete the book. “I wanted to bring to light the journey of these successful women. I am sure these 24 stories will light up the lives of thousands of women,” she said. “I have also looked at the complexity of the dependent relationship especially with that of the better half in the book.”

A panel discussion that followed the book launch explored whether men and women approach their pursuit of success differently. Adi Godrej, chairman of the Godrej Group, pointed out that strong leaders tend to be similar. He said the Godrej Group, where 50 percent of the employees are women, has immensely benefited from not having any gender discrimination. For a consumer faced organization, it is always useful to have a larger proportion of women, he said. Author and consultant Suhel Seth was emphatic in his view that women make better managers. “They have no ego at play. They are considerate and compassionate. They also provide greater attention to detail.”