Endurance is an underrated quality. It is also increasingly rare, because a longer shelf life takes that much more effort to achieve. 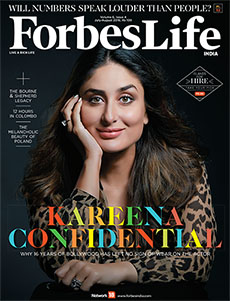 Take food. I was recently looking up a recipe for fig chutney. The cooking bug had bitten and a homemade jar, I thought, would be quite a triumph. I figured out how to make the thing taste good. Now, how to make it last over a week? This proved somewhat trickier. I started looking up natural preservatives, zeroed in on lemon zest and waited anxiously for any signs of fungal growth—with a renewed respect for chutney-makers the world over.

Then, there are books. Classics may not occupy the glossier section of your bookstore—online or offline—but they are the ones you turn to during a dry good-new-book spell. Who hasn’t re-read Pride and Prejudice in an emergency?

Also, movies: It’s hardly a coincidence that a few days before writing this, a friend and I were lamenting the paucity of memorable romcoms in recent times. If I were to ask you to name your favourite, chances are the answer will lie somewhere before the noughties.

The running theme through every enduring tale is how unforced it all looks. Like Kareena Kapoor Khan, who has played leading lady for 16 years now without any signs of wear. Her ‘preservative’ is that she really doesn’t sweat it. “It’s easy in this industry to get wrapped up in work. But, for me, I can relax very easily. I don’t feel restless if I am not working for a certain time,” she tells Kathakali Chanda in an interview at the Bandra penthouse she shares with husband Saif Ali Khan. He is the calm beneath her wings, has helped her “get to know a lot more about life than just work”. He is a voracious reader, she says, but admits to only recently finding her own way to books—Scandinavian crime thrillers, no less!

Actors, in all fairness, have it tougher in the longevity play given the high premium on youth. It’s different for other artists, such as painters, whose fame is often posthumous. Consider the legacy of the famous English photographers Bourne and Shepherd, whose sepia images of Indian life were displayed for over 150 years in their studio in Kolkata, which was shut down only recently.

Another giant whose modernist legacy will live on is Bhupen Khakhar, a major exhibition of whose work is on at the Tate Modern in London. The artist, who died of cancer in 2003, was known to satirise Western art. He would be amused to find his work centre stage on the hallowed walls of England’s best modern art museum. And though some British critics have questioned his fit on this exalted platform, it’s because they don’t get him. “If Indians react positively to Khakhar’s work,” writes Kishore Singh, “it is because they are more familiar with his milieu than most foreigners.”

What does have universal appeal—and never gets old—is travel: Uber luxury (Islands for hire, anyone?, touch-and-go (Colombo in 12 hours), modern history (the duality in Poland) or the mind, body and soul variety (the Thai experience).Take your pick, and happy reading.

Tweets by @forbes_india
My life has been shaped by women: Shah Rukh Khan
Super 50: The formula that makes these companies 'super'