Brian P. Brooks, the acting head of the US Office of the Comptroller of the Currency, in a series of colourful warnings, said that state and local leaders that requiring face masks could help bank robbers 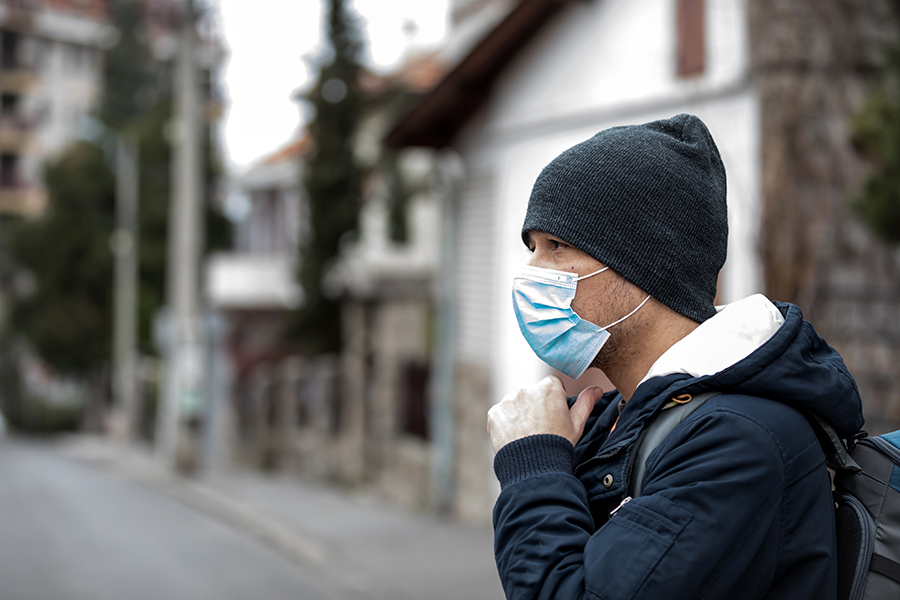 
The new head of a powerful banking regulator is not letting his first full week on the job pass quietly, warning that measures meant to contain the spread of the coronavirus — including mandates for the use of masks in public — could endanger the financial system.

Brian P. Brooks took over Friday as the acting head of the Office of the Comptroller of the Currency, the federal agency that oversees the country’s largest banks. Brooks, a former banker, sent letters to the country’s mayors and governors about the negative effects of restrictions on public activity. Among them, he said: Face masks could lead to more bank robberies.

Brooks’ letter was unusual in its tone and scope; banking regulators tend to keep their communications fairly abstract. But Brooks pointed to what he said were specific risks associated with “continued state and local lockdown orders.”

“Certain aspects of these orders potentially threaten the stability and orderly functioning of the financial system,” he wrote.

Citing reports that some places would consider shutting off utility services to businesses that violate lockdown orders, the letter warned that cutting off water and electricity could hurt the value of the properties those businesses occupied. That, in turn, could hurt the banks that held mortgages on them.

Brooks also warned that forcing small businesses to stay closed could harm them financially — perhaps making them unable to pay back their loans. That, too, could harm the banks.

But he saved his most colorful warning for last.

“Finally,” Brooks wrote, “lengthy and potentially permanent requirements that individuals wear face masks in many or even all public spaces create the very real risk of increases in bank robberies.”

Referring to reports not cited specifically in the letter, Brooks said that recent “face-covering-related robberies” showed that “broadly applicable face mask requirements are not safe or sustainable on a permanent basis.”

A spokesman for Brooks’ office provided examples. Robberies of banks and other retail stores by people wearing surgical masks have been reported in New Jersey, Massachusetts and Georgia, according to a report by The Hill. A person wearing a surgical mask robbed a convenience store in Connecticut, according to Quartz. And Insider reported robberies by masked offenders in California, Washington and North Carolina.

The spokesman, Bryan Hubbard, said that Brooks was not claiming that there had been an increase in robberies overall.

The federal Centers for Disease Control and Prevention recommends that everyone wear a cloth face covering when they leave their home, to stop the spread of the coronavirus.

Many cities have reported substantially less crime during the pandemic. Some crimes, including commercial burglaries, have increased in some places as businesses have been unattended.

The American Bankers Association did not immediately comment Monday afternoon.

Brooks arrived at the OCC just two months ago, as the deputy comptroller under Joseph Otting. When Otting left Friday, a week after enacting a hastily finished revamp of a seminal anti-redlining law, Brooks took his place in an acting capacity. He could become the new permanent replacement for Otting, but only if President Donald Trump nominates him for the position, and the Senate confirms him.

The banking industry’s other two federal regulators, the Federal Deposit Insurance Corp. and the Federal Reserve, which usually act in concert with the OCC and one another, have not released similar warnings. Representatives for both agencies declined to comment on Brooks’ letter.

Tweets by @forbes_india
Racism in the US: Will George Floyd remain just another name in history?
Thoughts on vaccines and antidotes