Prithviraj Chavan has entered Maharashtra's political theatre at a complex juncture. Yet, his challenges are as much an opportunity, says Loksatta's Kumar Ketkar, in an exclusive interview with Forbes India 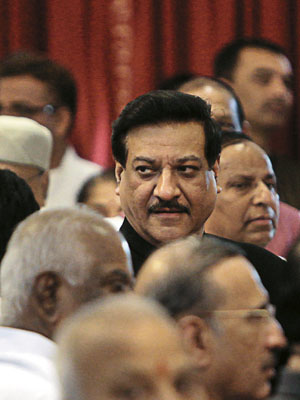 Most of the English speaking elite, particularly those brought up on the “intellectual diet” of the English media, do not comprehend the cultural and economic distinction between Mumbai and Maharashtra. Indeed, “Mumbai” to them is provincial and “Bombay” is cosmopolitan, even though international airlines and the diplomatic cadre in the country began using “Mumbai” more than a decade ago. For the English electronic channels, the cosmopolitan and global Bombay is “abused” by the Marathi “natives”, that is, Shiv Sena and Maharashtra Navnirman Sena, who often run riot in the great metropolitan city. Even the so-called High Commands of the Congress and the BJP feel extremely uneasy when the image of Maharashtra is ruined by the Shiv Sena and MNS goons.

It is a strange paradox. Almost the entire Maharashtra Congress leadership comes from rural and moffusil parts of the state. Though the Mumbai Metropolitan Region Development Authority (MMRDA) area has a population close to two crore (that is, one-fifth of the state’s 10 crore people), there has never been a chief minister from Mumbai, and even the cabinet does not have respectable representatives. There is a huge difference between the management of Mumbai and the rest of the state. The images are formed by Mumbai and the policies are shaped by the rural and semi-urban districts.

It is this schizophrenic nature of the state that will haunt the new chief minister, Prithviraj Chavan. He has spent his entire political and social life in New Delhi, though his constituency has always been Karhad, a bastion in western Maharashtra, from where the first chief minister, Yashwantrao Chavan, came. The difference between the two Chavans (no relations of each other) is that the first Chavan had his roots in the rural-agricultural life and the current chief minister has his roots in the Capital. With a little bit of luck (or ill luck!), he could have been like Navin Patnaik of Orissa — not as distant perhaps, but not exactly a son of the soil.

Prithviraj Chavan speaks Marathi, had parents who spent their childhood in poor and rural Satara district and is a Maratha, a caste which has dominated the politics of the state for the past 50 years. These factors will bail him out but his worldview is shaped by New Delhi and not by rural Maharashtra nor by vibrant and cosmopolitan Bombay. As a Delhiite, he does not fit into the fratricidal political life of the sugar co-operatives, nor can he be comfortable with Bollywood or the Bombay Stock Exchange.

Prithviraj Chavan will be able to handle the diplomatic corps, the multinational corporation executives and the international visitors, because he was dealing with such class ever since he came to politics on the suggestion of Rajiv Gandhi. He has been part of the Delhi political elite from then on, for the past nearly two decades. He did concern himself with Maharashtra, but more as a remote observer and that too from the august office of the PMO, than living through the heat and dust of the drought-affected region, except when he campaigned during his Lok Sabha election. Once elected, he was politically protected from the ugly fights in the state, by the distance and by the High Command.

In the past 50 years (this is the golden jubilee year of the state), and more so in the past two decades of liberalisation, Mumbai and Maharashtra have changed radically. Once, that is in the 1960s and early 1970s, most of the IAS cadre wanted assignments in Maharashtra. Maharashtra meant modern, businesslike, plural, secular and cosmopolitan.

It was also a politically stable state. After Pandit Nehru chose Yashwantrao Chavan as his defence minister in 1962, there was a small interregnum when Marotrao Kannamvar became chief minister, but soon he passed away and the leadership fell in the hands of Vasantrao Naik. Naik remained chief minister from 1963 to 1974 — almost 12 years. He was elected thrice to the post and there was hardly any skulduggery. But between 1975 and 1988, in the 13 years that followed, there were as many as nine chief ministers. No greater evidence is needed to underscore the political instability. Further, between 1988 and 2010, the state has suffered a continuous power struggle of Byzantine proportions.

Once Sharad Pawar, known as a “Maratha Strongman”, was described as the bulwark of the state’s politics. Today, he is distrusted by allies as well as by others, and yet he is held in tremendous awe. Even Dr. Manmohan Singh and Sonia Gandhi are believed to be awestruck by him. That is why, while choosing Prithviraj Chavan,  Gandhi is believed to have discussed his choice with the so-called Maratha strongman! Chavan and Pawar are not regarded as politically friendly. Pawar treats Chavan as a wimp and the latter considers Pawar as unscrupulous. Pawar and Chavan will be two power centres in the next four years. Both need each other and yet both suspect each other. That is why there is so much speculation in the press, as to whether Pawar’s Nationalist Congress Party would let Chavan function smoothly. Sachin Kadvekar/FotocorpBut the Congress and the NCP cannot do without each other. They compete with and hate each other but know that the marriage must not break because that will lead to loss of the throne. Today, the political power in the state gives them the economic and social support systems. Their sugar factories, co-operative banks, their educational institutions, their land holdings and bizarre (even criminal) real estate deals will collapse once they lose power. They are two parties but are partners in all kinds of multi-billion rupee scams. The “Adarsh Housing Society” scam is not even peanuts and it is hilarious that a chief minister has to resign on this score, as almost every single minister, MLA and even corporator is involved in such housing deals. The bureaucrats and judges, mediapersons and leading artists in films and theatre, the page-3 celebrities and even members of the mafia are beneficiaries of similar largesse.