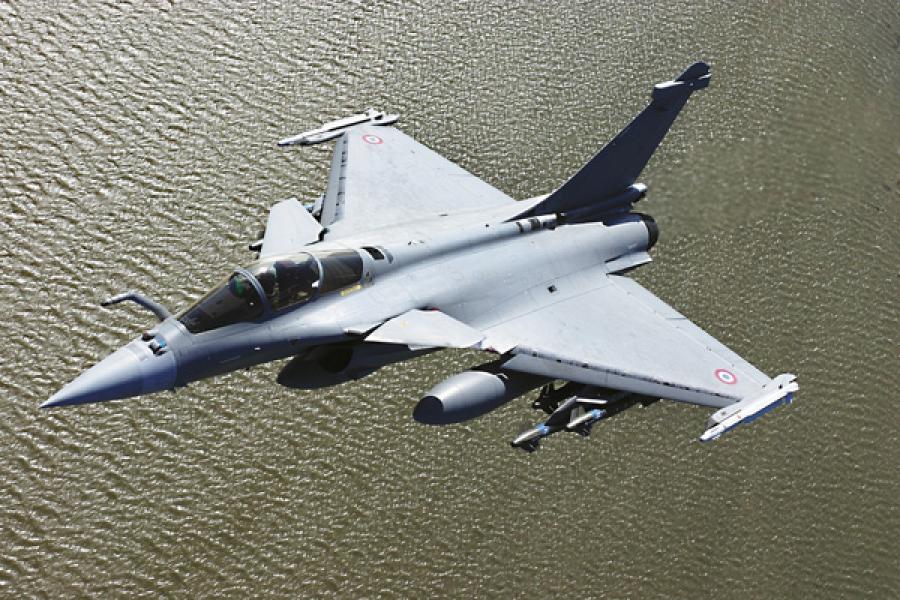 India’s defence procurement orders are a game for the patient. For over five years, a bunch of companies with ambition to grab a chunk of offsets that would accrue to our fledgling aerospace industry have awaited the decision on the multi-role fighter aircraft. The suspense ended when French aircraft manufacturer Dassault Aviation’s fighter plane Rafale was chosen as the preferred bidder.

A 50 percent offset condition in the contract means that the deal, when signed, will lead to contracts worth between Rs. 30,000 crore and Rs. 40,000 crore, to be shared among state-owned and private companies. Sadly, even large players who have invested in new technology are not confident that the contracts will help then move up the value chain.

Offset contracts have helped nations make a step change in their manufacturing and design capabilities. Offset policies that insist on high-end technology transfer have benefitted companies like Korea’s Samsung Techwin, a small camera-making unit when it began operations, to move on to making jet engines and self-propelled artillery for exports.

“Offsets should bring in real technology not just buildings or facilities—as of now we are not sure this will happen,” says M.V. Kotwal, president of L&T’s heavy engineering division. The Tatas, L&T, Mahindras and Walchandnagar Industries are among the big companies in the Indian private sector that have been lobbying for meatier, high-end contracts from defence deals.

India’s offset policy has been formalised through the DPP (Defence offset Policy and Procedure) directives that are revised every year. So offsets, in the modern sense of giving contracts to Indian aerospaces, have come into effect only in the last two or three years. Almost 90 percent of them have so far gone to the defence public sector units (PSUs), lead by Hindustan Aeronautics, Bharat Electronics and Bharat Dynamics. Some amount of work has trickled down from these companies to smaller vendors in Bangalore and Hyderabad.

L&T executives say that the hard truth is that they have received business worth just a few million dollars. The company has, in the meanwhile, set up facilities to ramp up capabilities for defence work. It has a facility for composites (materials used to replace aluminum in aircraft structures) at Baroda and a new plant at Talegaon, near Pune, that will focus on avionics, radars and electronic surveillance.

To earn its chops in the business, Tata Advanced Systems has joint ventures with global aerospace companies like Sikorsky and Israel Aerospace Industries. Mahindra Aerospace has begun, in a smaller way, exporting components and sub-assemblies to international majors. All of them are hoping to scale up work, both in terms of quality and quantity, from the Rafale offsets.

Dassault Aviation has signed MoUs with over 50 Indian companies in the run-up to the Indian Air Force’s (IAF) Medium Multi Role Combat Aircraft (MMRCA) bid. As of now, the tie-ups mean little because all five bidders went around signing up most eligible companies, attempting to cover all bases in case they were selected. Apart from the majors, many MoUs are also with smaller, IT, engineering and design companies that have over the years been working for Boeing, Airbus and the engine makers.

Hyderabad-based Infotech Enterprises is one such company. “The offset policy has to be implemented in spirit,” says Krishna Bodanapu, president (engineering) of the company. It’s not just transferring the drawings to make the component, but what goes behind the design, testing etc. The Rafale is already designed, but Infotech looks forward to work on Dassault’s other projects, he says. “It is very critical for the government to specify what is counted as offset. In the past, suppliers have got away with taking credits for making buildings or training expenses,” he says.

Companies such as Boeing and Airbus were able to combine offsets on military and civil contracts; this meant if they sold military aircraft, they could claim credit for low-tech contracts given in the civil space. This does little to improve manufacturing capability.

Over the next six months to a year, negotiations will focus on the deliverables for Dassault Aviation and price. The French major that has supplied the IAF with aircraft since the 1950s is no stranger to this. Some are convinced that the deal will improve the quality of Indian aerospace manufacturing.
Group Captain (retd.) Sanjiv Aggarwal, who heads Offset India Solutions, a Delhi-based advisory firm, says there will also be a trickle down to much smaller companies from the defence PSUs, who have too much on their plate. The latest version of the DPP, expected to be announced later this year, is expected to iron out some ambiguity, he says.

Arms suppliers have also been asking for multiplier (extra) credit for technology transfer and for the foreign investment in joint ventures to go up to 49 percent. Policy announcements on these two fronts could alter the extent of high-end work that comes to Indian companies significantly.

The fighter deal is large enough to change the face of the defence industry in India and France, says Gurpal Singh, deputy director general, Confederation of Indian Industry, who heads the defence, aerospace and security group. The industry group says India will spend over $80 billion in defence buying in the 2010-15 timeframe. A fair part of this should be used to strengthen indigenous industry.

The MMRCA deal has the potential to make or break India’s future in aerospace manufacturing.