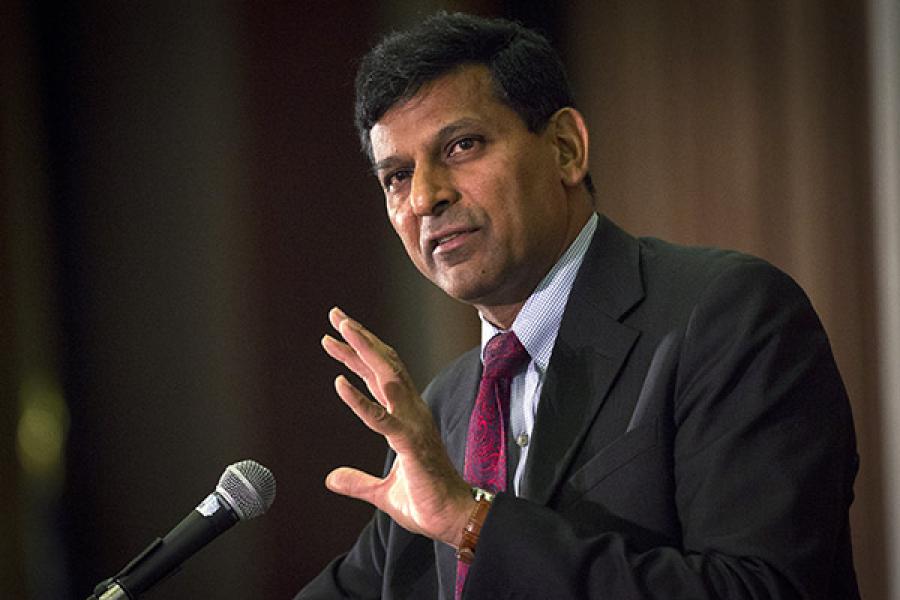 “In a country that is growing at about 7 percent with a young population that has grown imbibing technology, one would think the banking system will be buoyant. The recent decline in the share prices of banks has kept investors on the edge. Part of the reason is that the markets are in turmoil but banks can also be seen as a leverage play on the economy. With stock markets generally in decline, there has been a fall in the share prices of banks as well. However, part of the reason for the fall is that banks’ [financial] results have not been pretty, particularly for public sector banks,” said RBI Governor Raghuram Rajan at a summit on Banking organised by the Confederation of Indian Industry (CII) on Thursday.

Rajan mentioned that cleaning up the banking system was a priority for the central bank. He started work on the asset quality report to look at stressed assets in the banking system so that banks that were in serious trouble could be given tools to return to a growth path. He said that much of the stressed assets on the books of banks are not due to the bad intentions of the promoters but mainly due to the state of the economy and a global slowdown.

“Nevertheless, where there is reason for malfeasance by the promoter it is important that the full course of the law is brought against him or her,” he said.

The sanitising of banks’ balance sheets began in April 2015. Rajan set up a team to look at loans of concern and loans of weaknesses for identification and classification. The idea was to look for loans that required band aid and those that required deep surgery. In the latter case, these loans would be identified as non-performing assets (NPAs). But as a process of doing the deep surgery, the banks have to recognise that they have a problem.

“The identification of NPAs allows banks to perform the necessary surgery to set the project back on its feet. The bank wants to claim that everything is all right but for loans it can only apply band aids, anything drastic would require NPA classification. In other words loan classification is helpful for the medium term health of a project. It is also good accounting. It reflects the true value of the loan,” he said.

While it is agreed that the Indian banking system is in a mess, the long-term trend shows that asset quality of banks has been improving steadily, says an RBI report dated September 2015. The gross NPA ratio has steadily declined from 15.7 per cent in 1996-97 to 2.36 percent in 2010-11. However, the amount of non-performing assets witnessed a spurt subsequently and as on March 2015, it was at 4.62 percent of the gross advances of the banks in comparison with 2.36 percent of the gross advances as at March 2011. The growth in NPAs was much higher than the growth in advances during the last four years. In addition, the ratio of restructured standard assets to gross advances grew to 6.44 percent at the end of March 2015 from 5.87 percent of gross advances as on March 2014.

The total stressed assets (i.e, NPAs plus restructured assets) as on March 2015 were 11.1 percent of gross advances. The sharp increase in stressed assets has adversely impacted the profitability of the banks. The annual return on assets has come down from 1.09 percent in 2010-11 to 0.78 percent in 2014-15. Considering the effect it has on both capital and liquidity position of the bank, there is an urgent need for banks to reduce their stressed assets and clean up their balance sheets lest they become a drag on the economy.

The governor now doesn’t want to take these numbers lightly. He has put himself and the banks on a strict deadline. “Our intention is to have bank balance sheets with full provisions by March 2017,” he said. He also added that the banking system will not see a fresh set of asset quality problems in the future and once this exercise is complete it would be permanent.  Some banks have said that they would clean up their balance sheets much before the said deadline and the government will come out and help the banking system in terms of infusing capital wherever possible. “Growth will not emerge unless the clean-up is done,” he said.

He was clearly worried about the claim made by some financial analysts where they had shown a bloated picture of stressed assets in the system and said that “this was verging on fear mongering”. There are problems in the system but he is confident that these problems can be solved.

On a lighter note, when he was questioned about robot advisory and how he looks at robotic banks. He smiled and said that more than robotic banks he wants to have thinking banks. That can also be a passing remark on the banking system as a whole.