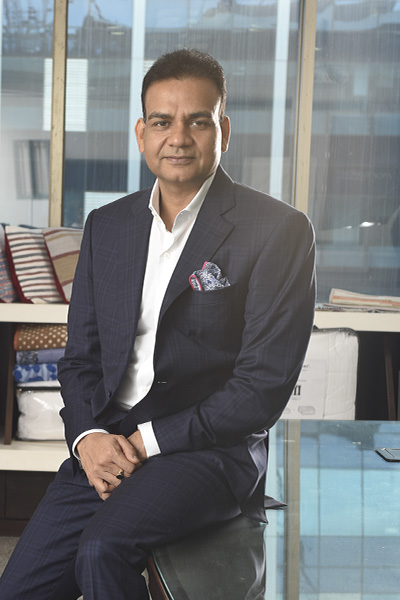 Image: Mexy Xavier
B K Goenka is the Chairman of Welspun Group

Tata Power Co’s acquisition of Welspun Renewable Energy Pvt Ltd (WREPL) is likely to serve as a benchmark for future deals that are likely to follow in India’s vibrant clean energy sector, as other large power producers scout for a slice of the pie.

The $108 billion-Tata Group’s energy generation arm announced late on Sunday evening that it will acquire the BK Goenka-led Welspun Group’s renewable power assets in a deal valued at Rs 9,250 crore (including Rs 5,500 crore of debt).

This is the largest transaction in the country’s renewable energy sector to date, and the valuation of any deal of this magnitude tends to become a benchmark for other deals to come, says Arvind Mahajan, partner and national head of the energy practice at KPMG in India.

In US dollar terms, this single deal worth $1.4 billion is half the size of the cumulative investments recorded by India’s wind and solar power sector in 2015, through 31 deals.

WREPL has one of the largest portfolios of clean energy assets in the country with a total capacity of 1,140 MW, including 990 MW of solar power, and the remaining capacity in wind energy. Of this, 1,000 MW is already operational and the rest is likely to be commissioned over the next couple of months. A back-of-the-envelope calculation shows that Tata Power is paying around Rs 8.11 crore per MW of power. The cost of setting up 1 MW of clean energy capacity in the country, at present, stands between Rs 5.5 crore to Rs 6 crore. This implies that Tata Power is paying a 35 percent premium to acquire these assets over what it would have had to shell out, had it built this capacity ground-up.

Though the deal appears expensive on the face of it, there are several details that help justify the valuation.

First, the average tariff for the solar portfolio being acquired by Tata Power stands at Rs 8 per kilowatt-hour (kWh), and the average tariff commanded by the wind power assets is Rs 6 per kWh. The average duration of the power purchase agreements signed for these assets with state electricity boards is 25 years, according to Tata Power. While the wind power tariff earned by WREPL’s assets is broadly in line with the industry trend, power developers have bid as low as Rs 4.5-5 per kWh for recent solar power projects that have been auctioned by the government. Consequently, WREPL’s portfolio of commissioned solar power assets earns a hefty premium over peers. Second, Tata Power also gains access to surplus land in the vicinity of WREPL’s projects, to the tune of 500 acres, which can be utilised to scale up operations in line with market demand. Third, since most of the acquired capacity is up and running, it takes away the potential development risk associated with greenfield projects.

The premium paid by Tata Power for WREPL’s operational assets may well become the norm for other power companies to looking to rapidly scale up their renewable play, according to Mahajan.

“There aren’t too many large, operational renewable power portfolios available for acquisition in the country,” Mahajan says. “Also, winning new projects through a competitive bidding process may not always be easy and therefore other companies looking to buy ready, cash-generating assets may have to pay similar valuations.”

Mahajan observes that the development of clean energy assets in the country thus far has largely been a result of the efforts of standalone clean energy power producers, often backed by private equity funding. While several large thermal power producers have evinced interest in growing their alternate energy portfolio, not much has happened to realise that vision as yet, he adds.

But the Tata Power-WREPL deal changes that (it has also been reported that Adani Power is looking at the Indian solar power assets of SunEdison Inc, the bankruptcy-hit American company).

The deal is a significant step towards the Tata group company’s aim to diversify its portfolio and produce as much as 30-40 percent of its total power generation capacity from non-conventional sources.

“If one has to reach this target (of generation up to 30-40 percent power from non-thermal sources), acquisitions need to be looked at as an option to achieve the quantum jump,” Tata Power’s CEO and MD, Anil Sardana said on Monday.

Tata Power Renewable Energy Ltd (TPREL), a Tata Power subsidiary, operates around 294 MW of renewable energy capacity at present and another 500 MW of capacity is being carved out of the parent company into TPREL. Another 400 MW of solar and wind power assets are under development, and all these capacities taken together, gives TPREL a portfolio of 2,300 MW. This makes it the second largest renewable energy producer after ReNew Power, the Sumant Sinha-led company that has a portfolio of 2,400 MW.

The deal is also a signal that India’s largest power producers are eager to align their future plans with the changing policy environment and new vision of the current government. The Narendra Modi-led government has set itself a target of enabling the creation of 175 GW (1 GW is equal to 1,000 MW) of clean energy capacity in the country, including 100 GW of solar, 60 GW of wind, and 15 GW of biomass energy.

Analysts’ initial reaction to the Tata Power-WREPL deal appears to suggest that such deals, even with the premium on valuations, can be value accretive for the acquirers.

“According to our earnings model, we believe Tata Power could clock a good 18-20 percent RoE (return on equity) assuming it is able to lower the cost of debt to 9.5 percent,” a June 13 research report by Edelweiss Securities stated. Following the deal, the brokerage also revised its forecast on Tata Power’s estimated earnings per share in FY18 upwards by 9 percent and raised the target price for the company’s stock price by 5 percent to Rs 86 per share.