China's electric cars, cell phones as lifelines, what Trump's win means for new global order - and many such interesting articles 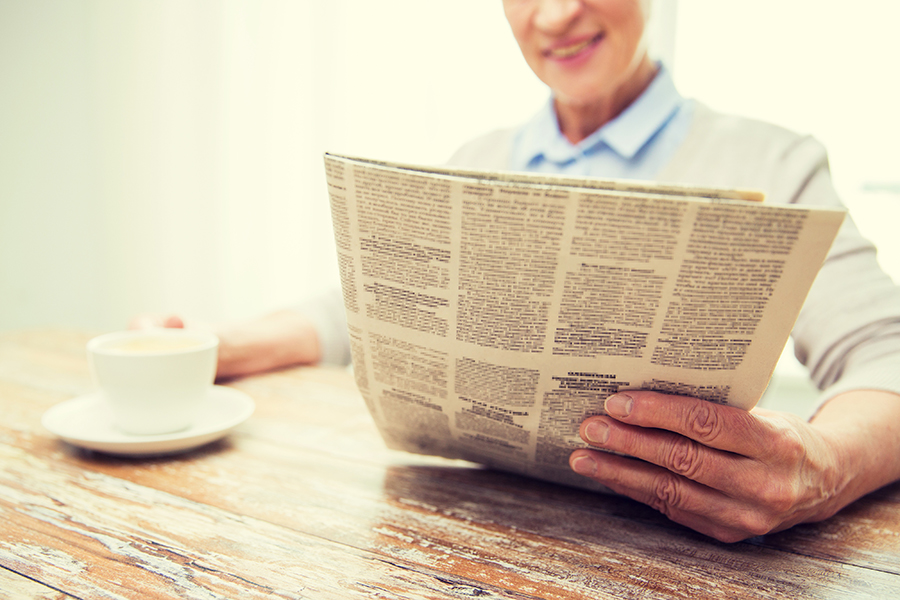 Here are the ten most interesting pieces that we read this week, ended November 18, 2016.

1) US against the world? Trump’s America and the new global order [Source: Financial Times]
Francis Fukuyama, the best political analyst of our times, has produced a brilliant essay on what Donald Trump’s watershed victory means for the entire world order. Trump won by being able to win over unionised workers who had been hit by de-industrialisation. Similar populist nationalism stories are seen in the UK, Russia, Hungary and Turkey as well. The reason is believed to be the skewed nature of benefits derived from the globalisation wherein the elites made money while the working classes in the developed world saw their jobs disappear as companies outsourced and squeezed efficiencies in response to a ruthlessly competitive global market. Impact of lack of proper representation in the governments to address these issues is now coming to fore whether through Brexit or through the victory of Trump. Selection of Trump opens up the world to a risk of countries acting in individual interests – either through modification of trade agreements or outright exits setting off the possibility of a downward economic spiral reminiscent of the 1930s.

2) Politician as member is another nail in the coffin of the National Human Rights Commission [Source: thewire.in]
The Narendra Modi-led government will be remembered for many things but, according to this piece, one of its most damaging and lasting legacies will be its systematic and cynical erosion of the credibility and autonomy of a host of educational and cultural institutions. It has dealt a significant blow to the independence of the NHRC by appointing BJP Vice President Avinash Rai Khanna as a member of the commission. This is the first time an active politician has been appointed to the country’s highest human rights oversight institution. The NHRC was envisaged by the statute to be an independent, credible and powerful statutory instrument to hold all governments accountable for upholding human rights. The extraordinary aspect of Khanna’s appointment is that there was no dissent to his selection and Khanna is also the party leader in charge of Jammu & Kashmir, which is the epicentre in the country for some of the gravest human rights violations.

3) Where cell phones are lifelines, start-ups spy opportunities [Source: NY Times]
One-third of the world’s population, 2.5 billion people, have no credit score that might give them access to loans. But about a billion people in the developing world do have basic smartphones. And for many of those people, that phone is their only computer and communication device. So it can be particularly useful but also personally revealing. Some start-ups are emerging to exploit the opportunities and manage the problems that this creates. Potential borrowers download the company’s app and allow it to track their online purchases, utility payments, location, phone calls, text messages and social media use. No single piece of information determines a loan decision. But, for example, if more than 40% of the entries in a person’s contact list have both first and last names, it suggests a customer who is 16 times more reliable than one with very few contacts listed with first and last names. Social networks are also predictive of repayment, especially the pattern of a person’s phone calls, texts and daily routines. Consistency and stability are stronger signals of repayment than the size of a person’s network.

4) China’s electric cars are chasing Volkswagen [Source: Financial Times]
The VW scandal of Sep’15 is likely to bring forward a shift in engine technology and alter the balance of power among the world’s biggest vehicle markets: the USA, Europe and Asia. China is already doing what countries, such as the UK are being forced to consider: it is banning heavily polluting cars from cities by auctioning the right to own vehicle number plates while allowing “new energy vehicles” such as electric cars and plug-in electric hybrids an open road. As a result, although the global electric car market is still tiny, it is most advanced in China, where 330,000 new energy vehicles were sold last year. Further, the tightening of European emission standards will make it much more expensive for carmakers to offer diesel cars, levelling the price gap with electric vehicles and making the latter more attractive. Noticeably, in spite of being simpler, pure electric cars did not catch buyers’ fancy due to a limited range on offer and lack of convenient recharging stations. Battery advances now mean that they should be able to drive up to 600km on one charge by 2020, the range VW promises for its proposed ID car. They would then be more appealing. This provides the opportunity for China to leapfrog the USA and western technology in the same way that some developing countries adopted mobile smartphones before fixed networks were built.

6) The mounting NPAs of India’s stem cell banks [Source: the-ken.com]
Even in fits and starts, since 2010 stem cell banks have been adding to their collection of cord blood units and dental pulp but they are at best non-performing assets. Storing umbilical cord blood in private banks is like ‘biological insurance’ against illnesses. That’s been a popular catchline for these banks. Parents who bank their children’s cord blood can use it for the family’s personal use. But the usage of these cells is so low that the need for this service is under question. Most stem cell banks offer two options: One-time charge for 21 years of storage, in which case they count the processing fee as the revenue and the rest as deferred revenue over the remaining number of years; and annual subscription. The catch is that while a lot of annual subscribers do not renew after the first or initial few years, companies continue to show them on their books as deferred payment (or current liabilities). So indeed, much of the losses for many banks could just be an ‘accounting thing’.

7) Is political science this year’s election casualty? [Source: The Atlantic]
In the aftermath of Donald Trump’s unforeseen election win, there has been scrutiny of the practice of election forecasting—or building models of political reality by academics and statistics wonks that are said to scientifically predict and quantify the likelihood of future election outcomes. Election forecasting is part of a wider trend in higher education to present the study of politics as a “science.” But on November 8, 2016, the science of politics was almost uniformly and spectacularly wrong. While there have been questions raised around the assumptions used in the forecasting models, the larger question about whether the study of politics is indeed a science has remained unasked. As per this piece, the problem is with classifying political forecasts alongside natural sciences. Unlike the latter, the political forecast are affected by humans’ tendency to form beliefs in new and unexpected ways thus forming a fundamental problem with the entire project of scientific prediction.

8) Dilbert creator Scott Adams gets Trump like no one else [Source: Slate.com]
Scott Adams, the creator of Dilbert, has lately received attention for having foreseen the rise of Donald Trump. He arrived on the pundit scene with a splash: He announced way back in the summer of 2015 that Trump was going to win the Republican nomination. The article says that Adams’ blog is more useful than a crystal ball as it is a portal into Donald Trump’s head. Trump’s inner life is a mystery. While we all now know what it’s like to be his butler, daughter, doctor, wife etc., what it’s like to be Trump himself—what goes on inside that very good brain—has remained stubbornly unknowable. Adams says in his blog: “When I observe Trump, I can see the scaffolding of his thinking process because it is close enough to my own that the patterns are obvious.”

9) To understand Facebook, study Capgras syndrome [Source: nautil.us]
“Capgras delusions,” as psychiatrists eventually called the belief that loved ones have been replaced by identical imposters, are not just archival oddities. In the standard view of the way our brain works, “cognition” and “emotion” are functionally and neurobiologically separable, and are in some sort of perpetual, epic struggle over the control of your behavior. As per the article though, when it comes to decision-making, particularly in a social context, what we view as appropriate behaviour reflects a balance between emotion and cognition. In this framework, Capgras delusions arise when there is selective damage to the extended face processing network, impairing the sense of familiarity. Factual recognition is intact but they just don’t feel familiar. The dissociation of cognition and emotion, of recognition and familiarity, is what makes Capgras delusions a metaphor for the state of our minds today. For 99% of hominid history, social communication consisted of face-to-face interactions. But then, the recognition and familiarity components got pried apart by modern technology. Modern life has increasingly dissociated recognition and familiarity and the withering of primate familiarity in the face of technology has prompted us to mistake an acquaintance for a friend, just because the two of you have a Snapchat streak for the last umpteen days, or because you both like all the same Facebook pages. It allows us to become intimate with people whose familiarity then proves false.

10) Who gets the centre armrests on a plane? [Source: BBC]
In a three-seat set-up on a plane, the poor fool in the centre gets the worst of all worlds: no window, no easy aisle access — and two armrests for which they may find themselves fighting their seatmates. Depending upon the aircraft, at least one-third of passengers are stuck in the middle. So what happens when you’re part of that one-third, especially with regards to the armrests? Practically speaking, the person in the middle should have the choice in claiming the armrests, says Daniel Post Senning, the great-great-grandson of American etiquette author Emily Post and a co-author of Emily Post’s Etiquette, 18th edition. While the etiquette expert believes the middle passenger should be entitled to giving both their arms well-deserved surface space, but flight attendants stay divided on the issue. While some believe the person on each side has an entire armrest to themselves so they are obligated to follow the lead of the person in the middle seat, others believe that it should be shared.

Tweets by @forbesindia
Google lets you book taxis via search results. What else could we do next?
Independent directors must protect interests of the company: Adi Godrej