Google lets you book taxis via search results. What else could we do next?

Driving towards an Artificial-Intelligence-first world 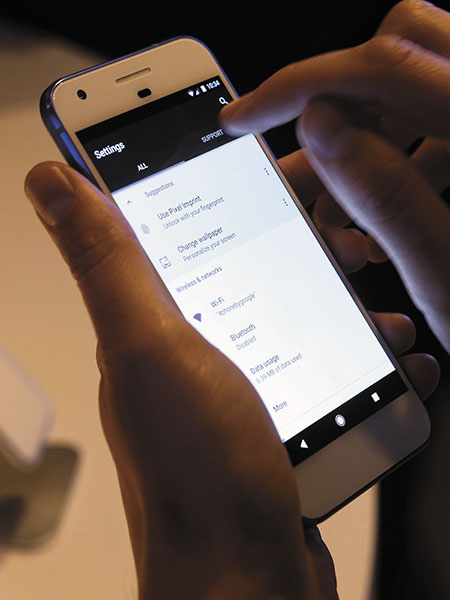 Beck Diefenbach / Reuters
Hailing an Uber cab has become a simple matter of Googling one, without even having to open the app—courtesy Google. The internet search company-turned AI champion added the feature to its search results in October—on Android and iOS. The iOS version seems to work only on iPhone 7 though, and not on my iPhone 5s.

I tried this on my Samsung A7, which is currently running Marshmallow, or version 6 of Android, and it works, almost. When I tapped the Uber option from the list of search results, various options within Uber—UberGO, UberX and so on—opened up, and gave me the estimated fare and time for pickup in each case, and I was still on the search page and hadn’t even opened the Uber app.

Against each option, there is an ‘order now’ button; tap it to go to the app to complete the booking. There’s one glitch I identified at this point: On my A7, the app doesn’t capture the original destination from the search, so that sort of defeats Google’s intent. And, as I said earlier, it doesn’t work on the iPhone 5s or even the iPhone 6. On the iPhone 7, however, it works flawlessly all the way; tapping ‘order now’ takes you to the point where all that’s left is to confirm the ride request on the app.

The logical extension of this feature should allow us to call up any service that we typically use to get through our busy urban lives, and an AI assistant should be able to get the job done. At the launch of Google’s new smartphone Pixel on October 4, a company engineer demonstrated how he could chat with his wife on the new AI assistant Allo about watching a show and it gave venues, titles, timings and booking options.

“In 10 years, we will shift to a world that is AI-first, where computing becomes universally available—at home, at work, in the car, or on the go—and interacting with all of these surfaces becomes much more natural and intuitive, and above all, more intelligent,” wrote Google CEO Sundar Pichai in a blog post dated October 4. And Pichai promises that Allo is only the beginning.

An important piece of advancement might have come from rival Microsoft, where researchers say they’ve matched human levels of speech recognition. There are some caveats there, but the Massachusetts Institute of Technology’s journal Technology Review concluded in an October 24 post that Microsoft’s work implies machines are getting better than humans at speech recognition.