Why so few airlines are profitable, how technology hijacks people's minds, why Edtech is at an advantage - and many such stories 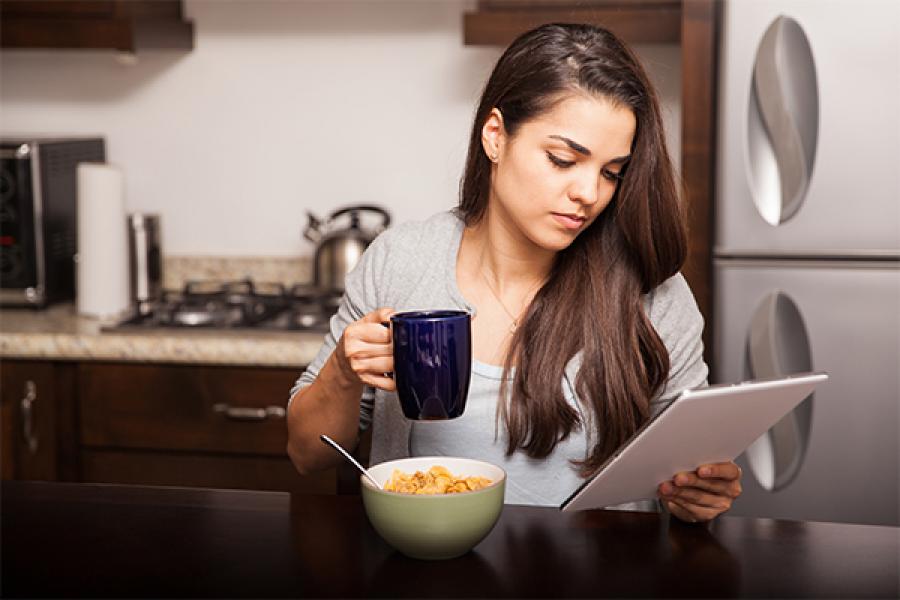 Here are the ten most interesting pieces that we read this week, ended June 3, 2016.

1) The reason air travel is terrible and so few airlines are profitable [Source: HBR.org]
Using the concept of disruption theory (a concept Clayton Christensen has described brilliantly in his book “The Innovators Dilemma” - which results in the incumbents chasing high-end customers while the low end or middle-market consumers is served by disruptors), this article explains how instead of having a few companies in the aviation industry stagnate (because they don’t move upmarket), the entire industry has ended up in stagnation. Three trends are visible in the industry to achieve returns as a result – a) 1) Aggressive pursuit of efficiency through means like smaller seats to baggage fees to payable airplane food, 2) Internationalization to maximize seat utilization through Global Airline Alliances (GALs) such as Oneworld and Star Alliance, and 3) Mergers and acquisitions to buy growth when moving themselves upmaket is not an option. Citing the example of Southwest Airlines, the article argues that whilst regulations do make like difficult for the probable disruptors like air taxis – airlines still can move upmarket and achieve smart returns.

2) Lunch with FT: Carlo Ancelotti [Source: Financial Times]
In this sublime interview, Carlo Ancelotti – the 56-year-old Italian football coach who joins Bayern Munich this summer and has lifted the Champions League trophy three times – reaffirms your faith in the fact that intelligent, civilised, strategic thinkers will come first in life. A primary reason for Ancelotti’s success, across all major European leagues, the article opines, is being a manager “who nudges more than he pushes, often going along with conclusions reached independently by his players instead of mandating his own”. He lets the leaders within a squad to be chosen by the group, not the manager or the president.

3) How to choose a Prime Minister or a restaurant! [Source: Live Mint]
This interesting piece investigates how the Social choice theory in Economics (which shows it is never easy to aggregate the different preferences of individual voters into a coherent collective result that leaves everyone satisfied) explains the deficiency of the voting system in a democracy. Providing an interesting (hypothetical) example of a three-way election battle between Modi, Rahul Gandhi and Arvind Kejriwal, this piece describe the results of a social choice are cyclical in nature rather than transitive—and hence become confusing, leaving a number of voters (no matter who wins) unhappy!

4) How to live to 100 and be happy? [Source: Financial Times]
“A baby born in the west today will more likely than not live to be 105,” write Lynda Gratton and Andrew Scott of London Business School in their crucial new book, “The 100 Year Life”. Discussing the very same scenario, the article puts forward some interesting changes in our lifestyles that are likely to occur, including an increase of our working age to 80. The article also says that the younger generation is likely to pursue multiple education streams - a general undergraduate course, which teaches thinking skills with lifelong value, and a more specific vocational degree that teaches a specific sector’s current needs. Also, the article believes our future careers will contain many transformations and lives will have fourth, fifth, even sixth acts.

5) The second renaissance will be digitised [Source: Financial Times]
This piece describes how the ‘tech’ in education is ready to disrupt the traditional models. It cites examples of new age schools which are open 24 hours a day, seven days a week and where students learn by pursuing online projects by themselves and by interacting with each other instead of the earlier teacher-student model. Whilst traditionalists scoff at this idea, the article describes three factors which put the ‘Edtech’ (as it is called) at an advantage - product, cost, and accessibility.

6) How technology hijacks people’s minds – from a  magician and Google’s design ethicist [Source: Medium.com]
This piece describes how the product designers play with our psychological vulnerabilities (consciously and unconsciously) in the race to grab your attention. It describes several ‘hijacks’ to showcase how exactly they succeed in their endeavor. Some examples are – a) by shaping the menus we pick from, technology hijacks the way we perceive our choices and replaces them with new ones – the ones they want us to see; b)) induce a “1% chance you could be missing something important.” It’s based on the concept that if I convince you that I’m a channel for important information, messages, friendships, or potential sexual opportunities — it will be hard for you to turn me off, unsubscribe, or remove your account — because you might miss something important; and c) keep consumers consuming things, even when they aren’t hungry anymore. News feeds are purposely designed to auto-refill with reasons to keep you scrolling, and purposely eliminate any reason for you to pause, reconsider or leave.

7) The side effect of network effects [Source: Wired.com]
This article describes how ‘network effects’ whilst positive in general for a business are actually detrimental for the current crop of aggregators that have sprung up in India recently. The reason put forward is that both consumers and suppliers are ‘incentivized’ to stay on the platform and risk of switching to competitors is extremely high if these incentives are withdrawn. As a result, the consumer-and-supplier habit that has been created is a habit of being paid to transact on the network (described by the article as ‘perverse incentives’). The article says that “These perverse incentives were an outcome of aggressive competition between multiple participants backed by a bottomless pit of funds rewarding topline metrics of demand, supply and transactions. Whenever a point of friction came up on either side of the two-sided marketplace, start-ups threw money at the problem and resisted adding controls that would throttle growth. If growth stopped, funding would stop too.”

8) How Alexa, Siri and Google Assistant will make money off you? [Source: technologyreview.com]
According to this piece, the virtual helpers of Apple, Amazon, and Google – Siri, Alexa, and the less snappily named Google Assistant – whilst claimed to make our lives easier, free of cost, are actually just another way to monetize customer information. Citing the example of Google, whose search ads business already rakes in billions by aligning the interests of marketers and consumers, it says that this additional source of information (where customers interact with Google Assistant) is likely to be much more effective in revealing information as compared to the traditional model of browser search.

9) Two myths about the IPL [Source: espncricinfo.com]
This piece that breaks the notion held by many about the just concluded IPL season. The first, that Virat Kohli is a great T20 player. Second, that the best bowling attack in the tournament defeated the best batting line-up. The article argues that both claims are arguably false and does so using a set of interesting charts. To the first point for instance the author argues that Kohli, whilst is a great batsman he falls short of his teammate AB De Villiers in his ability to change gears right from start. For the bowling attack, the author argues that it is actually quite irrelevant in T20 considering that Sun Risers (the winners of IPL) always won against RCB in high scoring games. In fact, in the final the winning margin was eight runs – extremely close to the margin of wides (11 vs. 4).

10) Can you cure chronic lateness? [Source: The Atlantic]
This piece discusses the reasons why some people are consistently prone to being ‘late’ and how to change such behavior. As per the article, “part of the reason thwarting this behavior is so tough is because it has the same kind of intractable stickiness as other recurring habits, like eating junk food or overspending. These negative behavior can become part of a person’s ingrained routine, and may even form mental pathways in the brain that get strengthened over and over again, every time an individual ventures down this route”. It also describes four personalities prone to such behaviour – the perfectionist, the crisis maker, the defier and the dreamer!