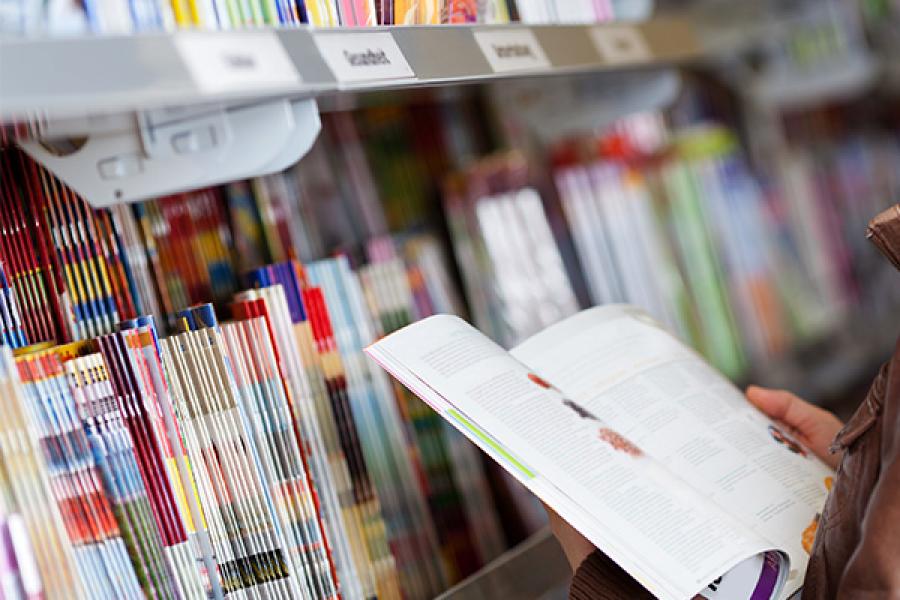 Here are the ten most interesting pieces that we read this week, ended June 10, 2016.

1) Billionaire Anil Ambani is betting that defence spending will save his business [Source: Financial Times]
This article discusses how Mr. Anil Ambani’s recent acquisition of $300m stake in Pipavav Shipyard is a step towards salvaging his heavily indebted business through a play in defence. The reason, the article believes it might work is because of a close relationship with PM Modi who has been pushing the “Make in India” theme. Also, as per the article, given that “defence does not require massive spending upfront”, it is a major positive for cash-strapped company like Reliance.

2) US productivity slips for the first time in three decades [Source: Financial Times]
This piece discusses how the “productivity is set to fall in the US for the first time in more than three decades, raising the prospect of persistent wage stagnation and the risk of a further populist backlash”. The article showcases how output growth has lagged job growth in the US and has received calls even from the Fed Chair Janet Yellen for more investment, education, training and entrepreneurship to reverse the trend. The situation around the world is not better either with output per person, growing by just 1.2% in 2015, down from 1.9% in 2014.

3) Adultery, rule-breaking and creativity often go together [Source: Financial Times]
The hacking scandal from last year that involved online dating agency Ashley Madison scandal has found interest from unlikely quarters. The article describes the research done by Tulane and Michigan State universities academics using the hacked data to determine if ‘cheating’ on spouses has any correlation with an overall lack of ethical and moral code. The results presented are startling. While on one hand such individuals are highly likely to be involved in bribery and fraud scandals, tax disputes, human rights violations and product quality problems, they are also likely to be more inventive and creative.

4) Oil traders may be the only people who want Yahoo to thrive! [Source: Bloomberg]
This article touches upon how oil traders around the world are having to grapple with the future uncertainty regarding Yahoo’s chat service – given that the internet company’s core business is up for sale. The Yahoo messenger was traders’ tool of choice for more than a decade and any alternate solution is likely to face a potential roadblock in terms of adoption by the traders. However, the article points to potential opportunity for rival services considering the move by trading houses to improve compliance with respect to thus far ‘unregulated’ nature of communication between traders.

5) Big Data is still only a little helpful? [Source: Financial Times]
This piece discusses how Google’s data analytics by tracking search related queries by customers is able to improve the predictability of metrics like car sales, unemployment claims etc. before they are released. The article discusses a specific example of jobless rate forecast by the Research Institute of the Finnish Economy, wherein the use of Google queries improved forecasts by as much as 39%. That said, the article highlights the one main issue with using Google queries – “the difficulty of using search data, is that people use all kinds of search terms to make the same query. It's relatively easy with unemployment where the relevant search terms are limited: it gets much harder when more variety is introduced”

6) Elon Musk believes we live in a video game [Source: vox.com]
At Recode's annual Code Conference, Elon Musk has some interesting points to make. He believes we are in a simulation game designed by advanced beings. The logic: We have consistently improved the games we play – from a two dimensional game like rectangles and dot forty years ago to photorealistic, 3D simulations now. He also believes that given the continuous improvement in technology, its likely we are part of our future generations’ gaming simulation and the odds that we're in base reality is one in billions!

7) Book review: “Work Rules’ by Laszlo Bock [Source: WSJ]
Laszlo Bock - the head of HR at Google in his new book "Work Rules" has issued a warning to job seekers and recruiters: The résumé is dying. This book review discusses the approach taken by Google for its recruitment process. Rather than relying on traditional metric - grade, work history, job experience and general cognitive ability, Google spends almost twice the amount (as a percentage of budget) of an average company to recruit people who are “clever and curious over someone who actually knew what he was doing.” Mr. Bock puts forward a case in his book to increase the pool of applicants but have smarter filters – the ones that allow candidates with the right potential to get a foot in the door!

8) Warren Buffett’s bookshelf -11 picks! [Source: WSJ]
Warren Buffett is a voracious reader, and the legendary investor isn’t shy about sharing his book recommendations. This blog shares some of the highlights from Mr. Buffett’s bookshelf including - The Intelligent Investor, by Benjamin Graham for which Mr. Buffett famously said “Picking up that book was one of the luckiest moments in my life.”, Where Are the Customers’ Yachts?, by Fred Schwed which is a decades-old classic that uses humor to pierce some of the pretensions of Wall Street, Essays in Persuasion, by John Maynard Keynes which contains collection of writings from the noted economist and The Outsiders, by William Thorndike Jr. which discusses how should executives spend their company’s cash flows - whether reinvesting it in the business, spending it on acquisitions or returning it to shareholders.

9) Beating the Gods: India to spend $60mn on a supercomputer to predict monsoon [Source: qz.com]
Given that historically, predictions by both IMD and Skymet haven’t commanded much confidence, this article discusses how in order to improve the precision in monsoon forecasts, the Indian government will invest $60mn (Rs400 crore) on a supercomputer. An improvement in forecasts, according to the article,is likely to increase the farm output by around 15%.

10) Ben Franklin and the virtues and ills of pursuing luxury [Source: farnamstreetblog]
This blog captures some of the salient features of an enlightening letter, written in 1784 by Benjamin Franklin, wherein he displays a deep understanding of the human nature. Specifically he tries to answer the question - Is the pursuit of luxury a net benefit or detriment to a country? Why do we pursue it?

Tweets by @forbesindia
My Antwerp: A delight for foodies
We need to move from digital marketing to marketing to a digitised world: Joseph George