India's top IT companies have known that change was coming, and not just in the form of an election result in their biggest market. They must now embrace it 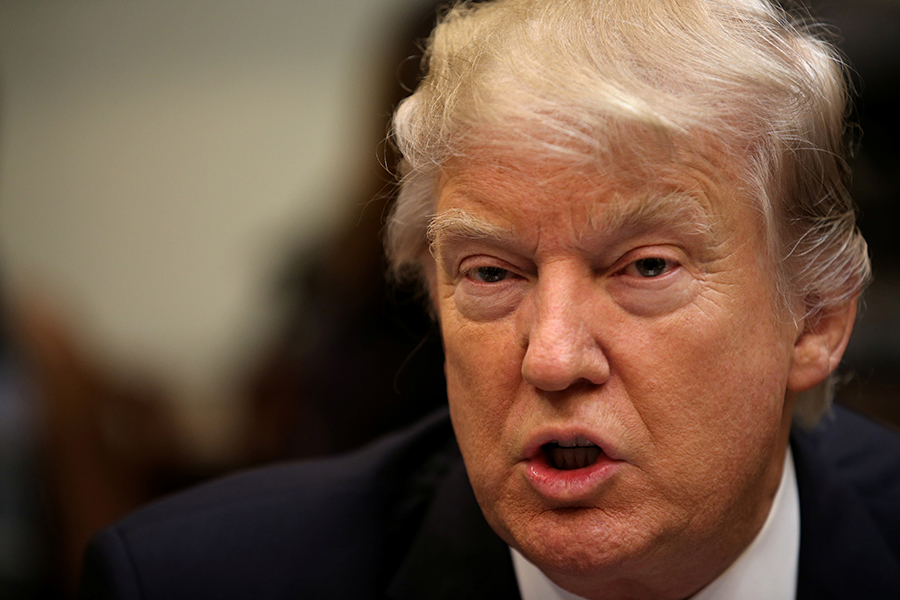 Image: Carlos Barria/REUTERS
Fears over stricter visa rules, most recently stemming from a potential executive order by US President Donald Trump in America, the Indian IT sector’s largest market, aren’t new. India and the US have always had a contentious relationship over India exporting IT staff on a temporary basis on non-immigrant visas, primarily the H1-B, and access to the Indian market for various American businesses.

Industry executives and analysts alike feel, this time round, however, a combination of factors are coming together to accelerate the change that the sector has always known was coming. Restrictions on visa rules, then, will be one of the multiple problems that the industry will have to surmount more urgently.

“Clearly, the industry is going through some fairly interesting times,” Nitin Rakesh, chief executive at Bengaluru-based IT services company Mphasis, said during a press conference on Monday. Rakesh discussed his views on the way ahead at Mphasis, controlled by private equity company Blackstone, and of which he was recently named CEO.

“On the one hand, we have certain headwinds in terms of the digital transformation that our clients are going through and what impact that’s going to have on us,” he said. “The second challenge is now what’s known as the immigration issue. I don’t think it’s just a pure immigration issue, I think it’s (also) about what really is our supply chain model, our talent model, in a way it dovetails back into the first one.”

Exports of IT and IT-enabled services (back-office work) account for $108 billion in revenues for the $143 billion-sector. Led by Tata Consultancy Services, Infosys and Wipro, the sector has been attempting to retrain its 3.7 million workforce to embrace the changes brought about by rapid digitalisation. Some companies have also started reporting revenues that have some connection to digitalisation efforts.

For instance, Wipro reported on January 25 that as much as a fifth of its December quarter revenues could be counted as the result of various digital solutions and services, and the supporting IT plumbing provided to customers.

In the past, India’s top IT outsourcers, as they are often called, have relied on exporting staff from India to work at overseas client offices, for periods ranging from a few months to a few years. Typically, such staff would hold the H1-B visa, a non-immigrant visa. For example, Infosys has a bit over 14,600 H1-B holders, based on its filings with the US capital markets regulator, Securities Exchange Commission.

President Trump’s administration has drafted an order that as law “prioritises the protection of American workers,” Bloomberg reported on Monday citing a copy of the draft it had seen. Infosys CEO Vishal Sikka has previously said he believes that President Trump is a “business-friendly” leader. Infosys declined to comment on the ongoing reports about the executive order. While reports of this draft have provided the trigger for the latest round of noise on how the Indian IT industry will be hurt, the order isn’t alone.

On January 3, Congressman Darrell Issa reintroduced in the House of Representatives, the US lower house, a bipartisan bill to stem the outsourcing of American jobs, DD Mishra, a research director at tech consultancy Gartner, pointed out in an email to Forbes India. The Protect and Grow American Jobs Act bill is meant to "curb the abuse of the H1-B system,” Mishra cited from the bill, and prevent companies from offshoring jobs.

If passed into law, it would raise the salary requirement for H1-B positions to $100,000 per year from $60,000 per year, which is more in line with the average American salary for these positions. It also proposes to eliminate the master's degree exemption, which currently allows people from other countries earning a master’s degree from a US university to stay on for a set number of years, with the permit to work a certain number of hours a week.

“The risks to the IT services sector include an increase in cost per professional, more local hiring and a disruption in service continuity, which may have a negative impact on the profitability of companies that are visa-reliant,” Mishra said. “A potential offset, however, could be the accelerated use of technology-based solutions, such as robotic process automation and disintermediating human labour.”

Another bill, introduced last week by Zoe Lofgren, a US Congresswoman from California, raises the salary minimum even higher to $130,000. The Lofgren Bill as it is being called has other provisions as well, including proposals that would help startups in Silicon Valley, which she represents.

For Indian IT companies, it’s not good news, though. “The Lofgren Bill contains provisions that may prove challenging for the Indian IT sector and will also leave loopholes that will nullify the objective of saving American jobs,” National Association of Software and Services Companies, India’s IT industry lobby, said in a statement on Tuesday. Nasscom aims to show that the Indian IT sector was a “net creator” of local jobs in the US, the lobby added.

At Mphasis, CEO Nitin Rakesh said a plan to ensure that there’s no disruption from a (business) continuity perspective for clients is well under way. He points out that the sector has had time to evaluate and plan and implement steps for the eventuality of tighter regulation.

“We have done a fair bit of work on that evaluating what the impact will be, especially operational impact, and there will be a financial aspect to that… we feel comfortable that we’ll be able to manage that transition after any updates to the regulation. All said and done, this has been a couple of years in the coming.”

The longer-term change, which is tech-driven, and which will become more urgent now is to smartly use intellectual property, automation and cognitive software programs, which reduce the dependence on having workers at client locations — especially for the newer, digitalisation-related services.

“If we put these two together we should be able to find ways to counter that challenge,” he added.

Harnessing Artificial Intelligence will become the “next wave of productivity drivers”. The effort will be: How can we embed that into our service offerings? This will mean companies will have to expand investments in building intellectual property, and become integrators of of all things automation, he said. The IT vendors can also build proprietary solutions.

Gartner’s Mishra adds: “In the short term, the impact will be more. However, we cannot speculate on how things will unfold as there are lots of ifs and buts.”