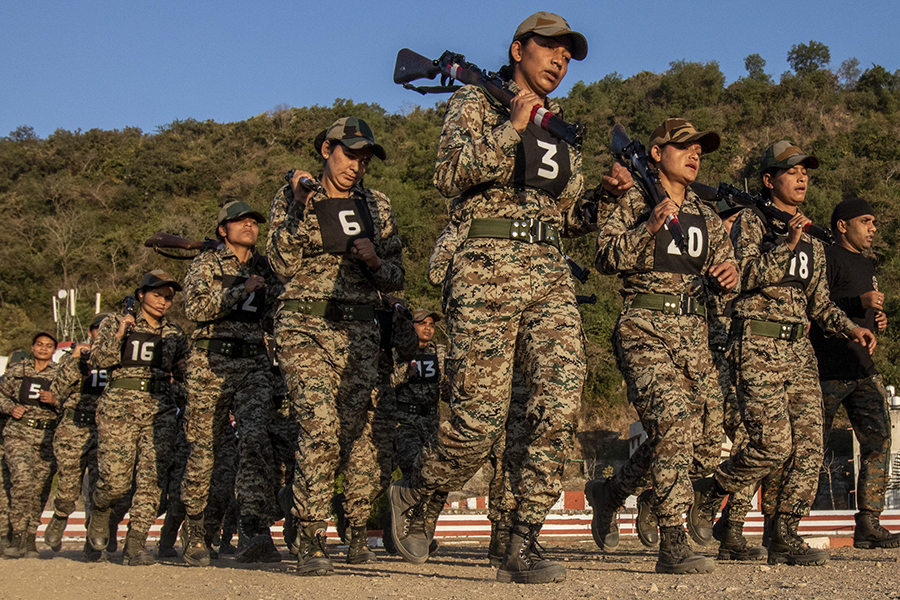 In the foothills of the Himalayas, about 100 km from Dehradun, 22 women cops are sweating hard at Police Training College in the Tehri Garhwal district of Uttarakhand to be a part of Anti-Terrorism Squad (ATS). Every morning when a siren starts blaring at 6, the group, the state ATS’s first all-woman elite commando force, knows it’s time to hit the ground running in half an hour. In charge of the 22 is PTC instructor Hitesh Kumar, a 42-year-old who preps them up for advanced commando training.

Shortlisted from an initial 31, the 22 women will be trained in terrorist and counter-insurgency operations. While most of them were recruited to the civil police and the Provincial Armed Constabulary (PAC) five years ago, two of them are police sub-inspectors. They all put their hands up when names were sought from the wings of the state police earlier this year, and qualified after clearing a pre-commando training at Arms Training College, Haridwar, in January. Uttarakhand is the fourth state after Nagaland, West Bengal and Kerala to raise such a force.

Commando Anjana Belwal, 24, who hails from Rishikesh, is the first person from her family to join the police force and have a government job. After completing her graduation, Belwal cleared the government exam to join Uttarakhand Police as a constable. She’s also a part of the Uttarakhand Police's women’s athletics team. “I cannot express how proud I feel to be a part of this training. Something like this is happening for the first time in our state and I’m elated to be among the first batch. This is an example of women empowerment as well because when you hear the word ‘commando’, the first image that pops up in mind is of a male—no one thinks of a woman. Happy to change that now,” she says.

Commando Parvati Bagari, 27, is the youngest daughter in the family where four of her sisters have been married off. But Bagari convinced her parents to let her study further and eventually joined the police force, inspired by her father, a retired army officer. Bagari, who hails from Munsiyari village in the Pithoragarh district of Uttarakhand, started working as a constable in 2016. “My parents are in no hurry to get me married. After I convinced them, they saw the potential in me and now they motivate me to do even better. Ever since I’ve joined the Uttarakhand Police, my life has completely changed and I’ve been offered many opportunities,” says Bagari who has now learnt to handle the AK-47.

These women are being trained in combat operations of anti-terror, city and jungle warfare, multi-weapon handling, bomb disposal and unarmed combat before they join the state ATS. They’re also getting trained on tackling Improvised Explosive Devices (IEDs) and in Krav Maga, an Israeli self-defence martial art developed by its defence forces. The training commenced on February 8 and is expected to be over by mid-April.

According to India’s first female combat trainer, Dr Seema Rao, there are distinct advantages that women operatives may have in special operations. “In situations like covert recces or decoy diversions, hostage negotiations, women can be very effective. As sharp shooters or snipers, women are the best. In tricky situations, women can think well under duress. Hence, this is a welcome move by the state.” 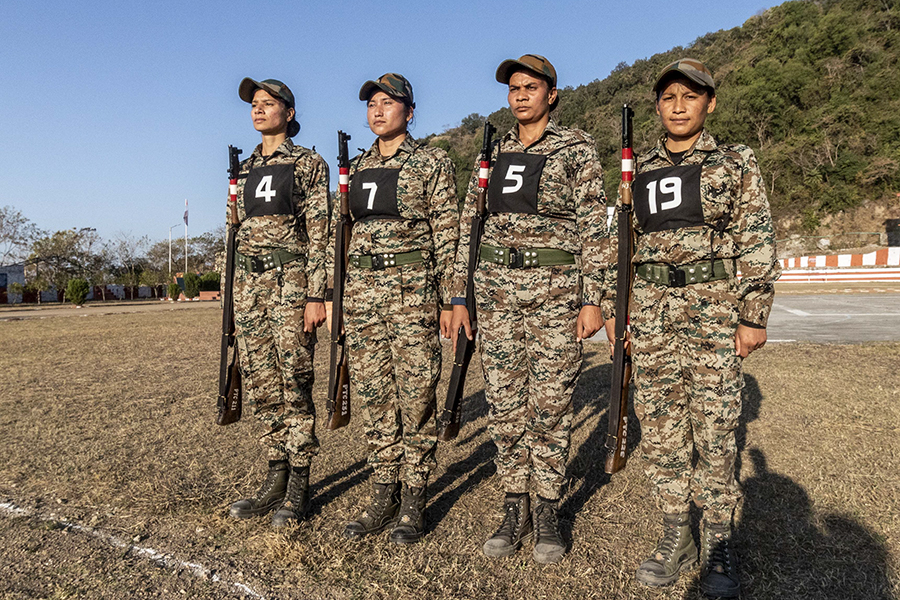 Sub-inspector and now Commando Pooja Rani was nominated by her office to be a part of this course. She never intended to join, but when the training started, she felt she was at the right place. Like most of the girls in the cohort, Rani was not into athletics before, and faced a tough time initially to cope with the physical activities. But now the 28-year-old has got the hang of it. Rani comes from a village where girls are not encouraged to study but she was lucky enough to have supportive parents who, despite of their financial crisis, made sure their children were educated and could climb the social ladder.

“My father works in sugar mills and doesn’t really earn well. Yet he ensured that my siblings and I don’t miss out on getting good education. I’m here at this stage because of my parents. Now, a lot of people in my village are inspired by what I'm doing and started giving good education to their daughters. Getting them married is not the end goal anymore, giving good education is,” says Rani who comes from Berkhera Pandey village in Kashipur. “I’m learning something new each day during this training. My weapon handling skills have enhanced and my firing skills have become really good now.”

Last month, the trainee commandos demonstrated in public skills such as assembling advanced weapons blindfolded in less than 30 seconds. The demo was also attended by Chief Minister Trivendra Singh Rawat, DGP Ashok Kumar and the family members of these women. “My grandmother was present and when she saw me performing, she had tears in her eyes. She never imagined I’m capable of doing these,” recalls Belwal.

“These girls have successfully finished the first phase of their training and they performed exceptionally well during the demo. Immediately after the training, their first major assignment will be at the Mahakumbh in Haridwar. I’m amazed to see the confidence level of all the 22 commandos and it’s tough to beat them. Due to the lack of motivation and confidence, a lot of capable women don’t come forward but I hope these women will inspire them,” says Uttarakhand DGP Ashok Kumar.

For Commando Savitri Bisht, who got married a year ago, the news of selection brought about a rush of happiness along with worry. “I was sceptical about my family’s reaction. When I informed my parents and in-laws about this, they were confused at first. I told them I wanted to go for it, so they supported my decision. My husband who is also in the police department motivated me,” says the 28-year-old Bisht from Chamoli district.

Says PTC instructor Kumar who is training all-women commandos for the first time, “There was this ideology that only men are capable of doing commando training given how tough it is. But these girls have changed that because they’re equally strong. They are being imparted with the same level of hardcore training as men.”

With women commandos performing efficiently over a period of time, more and more states will welcome such forces, says Rao, the country’s first female combat trainer. “Meanwhile, women can realise the power of the feminine brawn and plan to join the uniformed forces. A woman is beauty, brain and brawn,” she adds.​