The 28-year-old Supreme Court lawyer strives to give orphans a chance at education and a career, and is influencing policy too 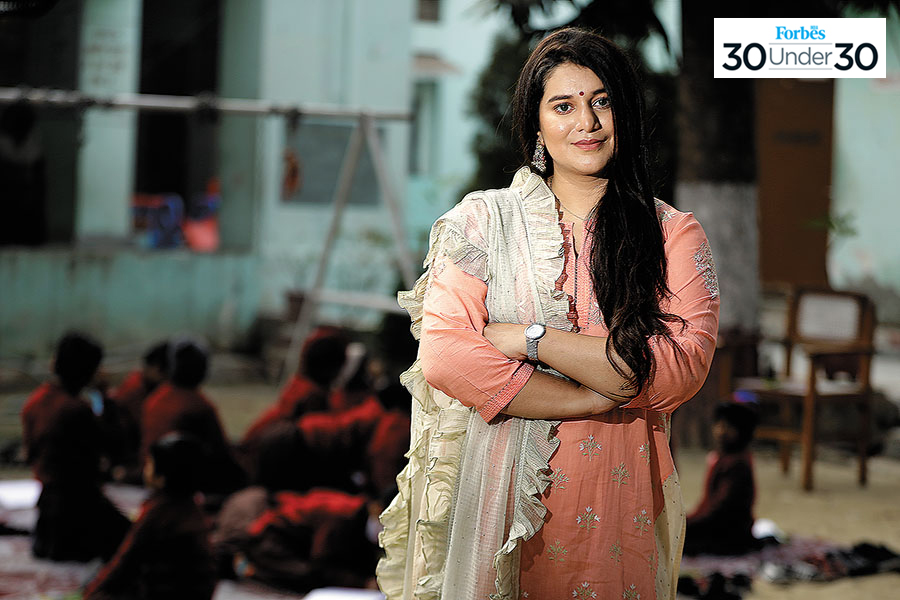 Following the Bhuj earthquake in 2001, many orphans were sent to orphanages in Haridwar, where my mother was the district magistrate,” says Poulomi Pavini Shukla. “She took me to the orphanages to instil a sense of empathy in me. I met the children, and later we became friends.” But it was only when Shukla was preparing to go to college that she realised the future that orphans are doomed to. “One of the girls at the orphanage had done well in her class 12 exams, and asked me for help with scholarships so that she could attend college,” Shukla recalls. “That is when I realised there was absolutely no provision in India to help orphans get educated.”

After studying every piece of official document dating back to India’s Independence, Shukla found that the government does not even have an official figure for the number of orphans in India; casual references about 2 crore orphans are made in official publications of the ministry of women and child development. “Ninety-nine percent of orphans are not touched by any government scheme,” says Shukla. This means that without any family or social linkages or benefits, they are destined to be employed, at best, as blue-collar workers or receive vocational training.

In 2015, Shukla, a lawyer in the Supreme Court, co-authored a book titled Weakest on Earth—Orphans of India, and in 2018 filed a public interest litigation seeking reservations for orphan children. Following this, the National Commission for Backward Classes recommended that orphans be considered part of OBCs for educational and job opportunities. Since then, 11 states and Union Territories have made various changes, such as extending the Right to Education reservations to orphans, increasing budgetary allocations, and providing financial aid.

“It is highly commendable that a 28-year-old could bring about policy changes in so many states,” says Jagdish Gandhi, founder manager, City Montessori School, Lucknow, who has been a mentor to Shukla. “She was our student, and even as a child she was sympathetic towards the cause of orphans; now her work has been recognised by various institutions and eminent people.”

Shukla is now working towards getting orphans included under various government education schemes, grants and scholarships, which will win them access to tuition support, coaching for competitive exams, fellowships, hostel facilities, loans and cash incentives given by the ministry of social justice and empowerment.

Tweets by @forbesindia
Classplus: Taking on edtech giants
'Don't ban bitcoin. It's good for the economy'