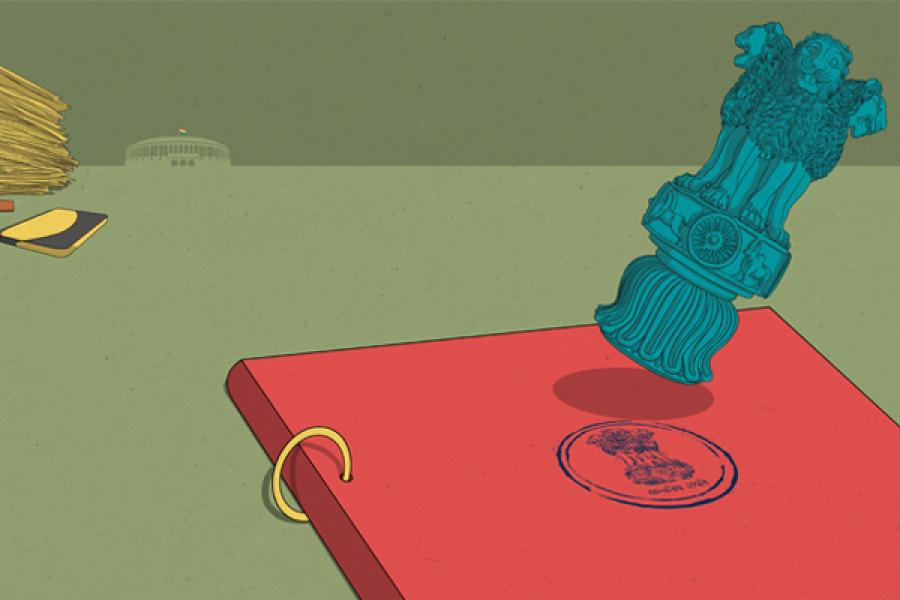 Why was it made a national symbol?
The national emblem is an adaptation of the Lion Capital, originally found atop the Ashoka Column at Sarnath, established in 250 BC. The capital has four Asiatic lions—symbolising power, courage, pride and confidence—seated on a circular abacus. The abacus has sculptures of a bull, a horse, a lion and an elephant. In the national emblem, three lions are visible; the abacus shows a bull and horse separated by a dharma chakra; the outlines of two more dharma chakras are visible on either side of the abacus.

The capital was adopted as the national emblem on January 26, 1950. It was chosen as a symbol of contemporary India’s reaffirmation of its ancient commitment to world peace and goodwill.

The Lion Capital has received its due attention too. After being removed from the Ashok Column, it has been housed in the Sarnath Museum since 1910. It is kept at a temperature between 200C and 240C, and humidity of 45 to 55 percent. Placed behind a railing, it is guarded by personnel from the Uttar Pradesh police force. In 2013, the museum had 3.27 lakh visitors.

Although government officials were forthcoming with information about the national emblem and the Lion Capital, attempts to get an official quote got tangled in bureaucratic machinery.

Tweets by @forbesindia
National Flag: Tricolour
Can Narendra Modi change this weak state and enhance its capacity to act?