Can Narendra Modi change this weak state and enhance its capacity to act? 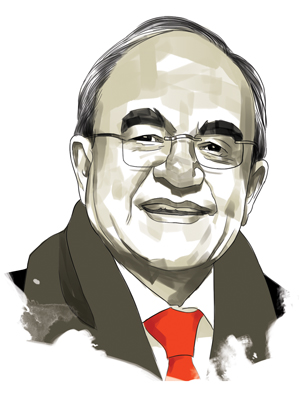 Image: Sameer Pawar
Gurcharan Das served as the chief executive of Procter & Gamble India until 1995. In his second innings as a writer, he’s penned several books, including the international bestseller India Unbound. He’s also a periodic contributor to a bevy of Indian and international publications

We seem to have forgotten in India that the state was created to act. It should not take eight years to build a road in our country when it takes three elsewhere; it should not take 10 years to get justice when it should take two; it should not take five years to acquire land or gain environmental approval. During the past decade, executive decision-making has been paralysed in Delhi, gridlock has prevailed in Parliament, and the courts have routinely dictated action to the executive. These are symptoms of a weak state. Can Narendra Modi, the new prime minister, change this weak state and enhance its capacity to act? This question is uppermost on the minds of Indian men and women who have elected him with an unprecedented majority.

India’s economic rise over the past couple of decades has been a remarkable event that has lifted tens of millions out of abject poverty and is rapidly creating a solid middle class. But it is a story of private success and public failure. Prosperity has been achieved in the face of appalling governance. Indians despair over the state’s inability to deliver the most basic public services—law and order, education, health and clean water. India desperately needs honest policemen, diligent officials, judges who give swift justice, and functioning schools and primary health care centres.

Where it is needed, the Indian state is near absent; where it is not needed, it is hyperactive, tying people in miles of red tape. Hence, many Indians cynically sum up this paradox of private success and public failure with an aphorism: “India grows at night while the government sleeps.” But how can a nation sustain economic growth over the long term with a weak, flailing state? Shouldn’t India also grow during the day? The recent economic slowdown may well be a symptom of the limits of growing in the shadows.

A successful liberal democracy is based on three pillars: It has a strong central authority to permit quick, decisive action; it has a transparent rule of law to ensure that this action is legitimate; and it is accountable to the people. These pillars of the classical liberal state were originally conceived by our founding fathers. But building such a state is not easy, as the pillars do not reinforce each other and sometimes even undermine each other. While an aggressive civil society and media have enhanced accountability in India recently—for example, through the Anna Hazare movement or the Right to Information Act—the state’s ability to act has been undercut, ironically, by society’s success in making the state accountable.

With Modi’s rise to power, expectations have grown that India may finally have a strong executive which will enhance the state’s capacity to act. Some, however, fear that Modi might do this at the expense of undermining the other two pillars of a liberal state. Generally, Leftists desire a large state and Rightists a small one, but what India needs is a strong, efficient and enabling state with a robust rule of law and accountability. A strong liberal state is efficient in the sense that it enforces fairly and forcefully the rule of law. It is strong because it has independent regulators who are tough on corruption and ensure that no one is above the law. It is enabling because it delivers services honestly to all citizens. It is a rules-based order with a light, invisible touch over citizens’ lives. 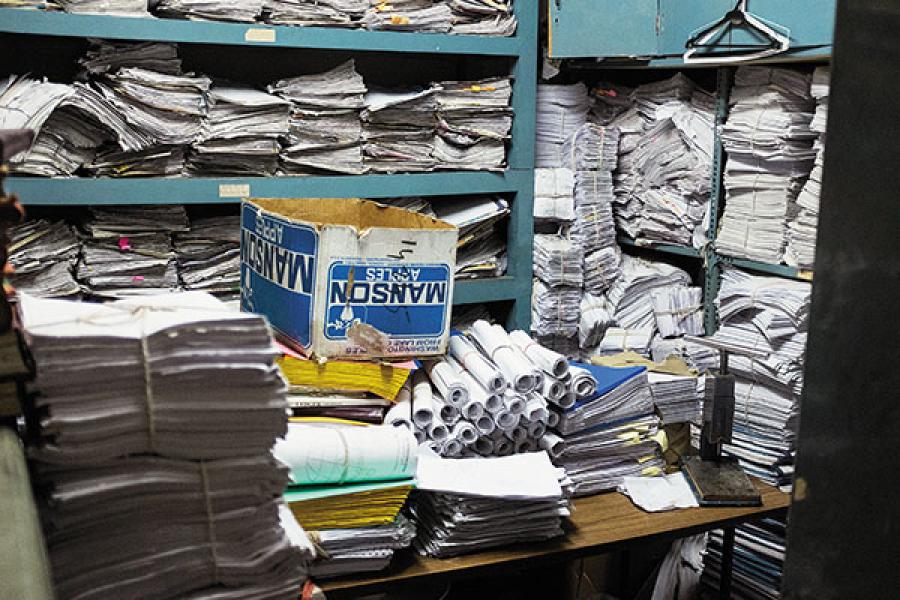 Image: ROBERT NICKELSBERG / GETTY IMAGES
During the past decade, executive decision-making has been paralysed in Delhi
Can Modi deliver such a state so that India can begin to grow during the day? Certainly, for the first time in its history as an independent nation, India seems to have a PM with the requisite leadership skills. Modi’s defining qualities are a sense of purpose, accompanied by attention to detail, backed by plenty of grit and fierce determination. These are quintessential abilities of an implementer, someone who knows how to get things done. We saw these qualities in abundance during his election campaign, and if he runs the country as well as his campaign, we have good reasons to be hopeful. The answers to India’s problems have less to do with new ideas and new laws and more to do with implementing old ideas and old laws.

Narendra Modi’s climb from helping his father serve chai to passengers on the railway platform of a sleepy Gujarat town to 7 Race Course Road illustrates the same thing. As he rose in life to take on positions of increasing responsibility in the RSS and later in the Gujarat government, Modi was not content with laying broad policies. Unlike our previous prime minister, he did not abdicate responsibility for implementation to those below him. He surrounded himself with people with executional ability like himself, set clear, measurable goals, and created small ‘implementation’ teams. Instead of pronouncing on strategy, he got into the messy details of a project, monitored day-to-day performance, removing obstacles for those who were implementing it, staying close to them and motivating them. He recognised those who took initiative and risks, and punished those who played safe and behaved like bureaucrats. And he did all this without appearing to be interfering or micro-managing. Thus, he got fairly ordinary Gujaratis to do pretty extraordinary things.

Does this mean, therefore, that Modi can transform India’s institutions of governance—the bureaucracy, judiciary, and police—which will change India into a strong liberal state? Can he harness his extraordinary executional capabilities (in a land where the ability to translate thought into action has always been a national deficit) to the task of institutional reform? At the heart of a strong liberal state are these institutions. They send the right signals and create incentives for virtuous behaviour on the part of citizens and officials. We mistakenly ascribe problems such as corruption to national character when the deficit lies in institutions or the weak enforcement of institutions. Otherwise, how does one explain that the same Indians who cross the immigration line at Heathrow airport after an eight-hour flight from India stop politely at a red light; do not bribe the policeman; throw garbage into a dustbin; pay their taxes obediently? It is because institutions of governance incentivise such virtuous behaviour.

Reforming these institutions is a much tougher job than economic reform. This is what Margaret Thatcher learned as prime minister of Britain in the 1980s. Most of us think of Thatcher as a right-wing, market-oriented leader who brought efficiency to the economy through reforms. We don’t realise that her greater contribution was to reform the institutions of governance that made the British government far more accountable. But Thatcher learned on the job, and she evolved, and eventually showed the courage to push through institutional reform. 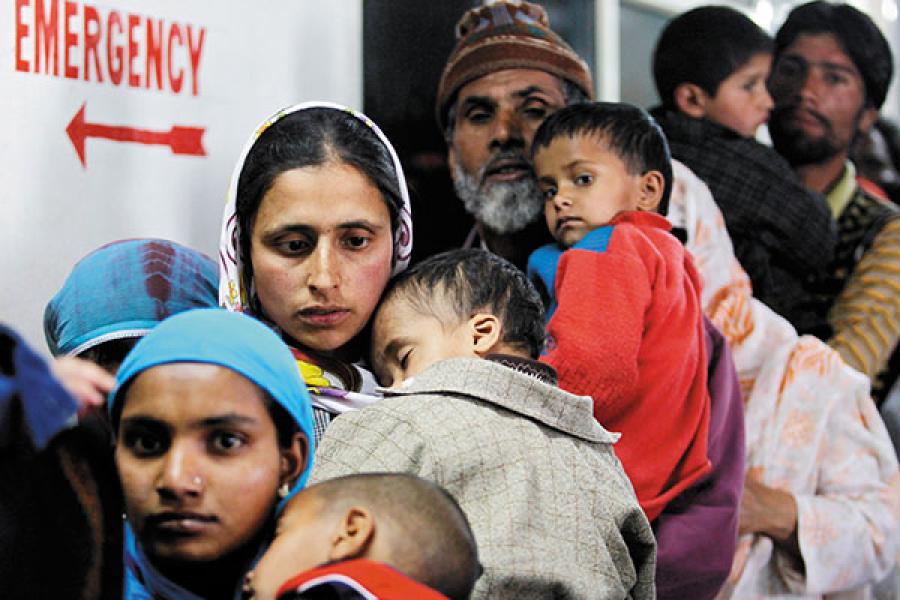 Image: Fayaz Kabli / Reuters
Indians despair over the state’s inability to deliver the most basic public services
Can Modi do the same? It will require more than executional capability—it will need political savvy to fight vested interests among politicians who are beneficiaries of the status quo. The manner in which Modi has quietly taken control of his party suggests that he might have this ability. He has dramatically transformed BJP’s lacklustre economic thinking and given it a single-minded focus on investment, jobs, skills and growth.

Institutional reform will also require winning over the bureaucracy, police and the judiciary. His success in Gujarat suggests that he might. His strength lies in giving clear direction to the bureaucracy, which will help him un-gum the system at the Centre. Given clarity of purpose, the Indian bureaucracy is capable of high performance, as we saw in Narasimha Rao’s first two years as prime minister from 1991 to 1993.

Modi will have to fight the weight of history, however. It is a mistake to think that the Indian state was weakened in recent times because of coalition politics, feckless leadership and economic liberalisation. India historically had a weak state, though one counterbalanced by a strong society—the mirror image of China. India’s history is one of political disunity with constant struggles between kingdoms, unlike China’s history of strong empires. The type of despotic and intrusive governments that emerged in China and divested people of their property and their rights have never existed in India.

The king in Indian history was a distant figure and hardly touched the life of the ordinary person. The law, dharma, preceded the state and placed limits on the king’s power in pre-modern India. The king also did not interpret the law, unlike in China; the Brahmin, a scholar class, assumed that function. This division of powers may have contributed to a weak Indian state at birth, but it also prevented oppression by the state.

The modern Indian state is a product of British rule, which, beginning in the mid-19th century, imposed a rule of law with explicit codes and regulations. Though efficient, that state was not accountable to its citizens. That changed in 1947, as independent India took those institutions of governance and made them accountable by developing into a vibrant, if untidy, democracy. In the 21st century, true to its history, India is rising economically from below, quite unlike China whose success has been scripted from above by an amazing, technocratic state. It is also not surprising that India’s traditionally strong society is evolving into a vibrant civil society.

Given this background and Modi’s capabilities, it is easier to imagine that he will un-gum the central bureaucracy, give it a sense of purpose, and get things moving. This will break the paralysis at the Centre and go a long way in getting the economy back on track. Given the control over his party and his majority in Parliament, Modi will also be able to implement some of the difficult economic reforms that eluded the UPA government. These will be considerable achievements. However, whether he can succeed in the harder job of reforming the institutions of governance, as Thatcher did, is still an open question. We shall have to wait to see if India can become a successful and strong liberal state one day and begin to grow during the day.