Mohini Dey: A girl and her guitar

From Zakir Hussain to AR Rahman, Mohini Dey handles all with elan 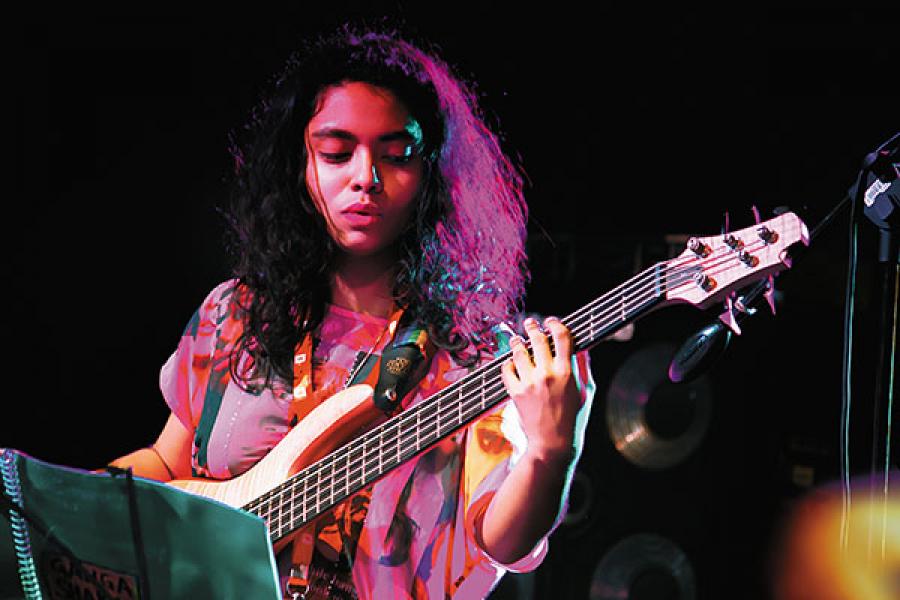 My conversations with Mohini Dey are brief and rushed. “Hi, yes, this is Mohini… yes, I will message you when I am free.” Or: “No, no we cannot have a [photo] shoot during rehearsals. AR is here all through it.” The Rahman after AR is a given.

But she diligently takes time out in between her day-long, gruelling rehearsal schedule to respond to our questions, emailing answers that are high on enthusiasm and energy of an 18-year-old, but laden with the confidence and maturity of an older person.

Dey, a bass guitarist, has been hogging the limelight since she was 11; she has played with some revered musicians and music composers from an age when most girls and boys live in a different universe. “Yes, being in the limelight from a very young age and being around some of the best musicians has affected me in a good way. It makes a person think and react in a way beyond his or her age. And that’s why there is a lot of gap between the maturity levels of kids my age and me,” she writes. “I find them cheesy or may be they find me cheesy (LOL). All my school and college friends used to find me weird because my ideas and thoughts would always be different.”

Dey was introduced to the guitar at the age of three by her father Sujoy Dey, himself a bassist, and then to music composer and drummer Ranjit Barot. So impressed was Barot with Dey’s ability with a Fender that he featured her in his album Bada Boom, and made her a part of his band on MTV Unplugged; she has also played in two seasons of Coke Studio.

Innumerable performances with musical stars have, however, not dulled the magical memory of one sudden invite to Prithvi Theatre when she was 13. “I was at home, practising, and suddenly my dad gets a call from Ranjit uncle saying, ‘Bring Mohini to Prithvi Theatre’. My dad told me to get ready and pack my bass. When we reached Prithvi, I saw Mr Zakir Hussain doing the sound check! I asked my dad, ‘Am I gonna play with Zakir Hussain?’ He nodded. Inside, I was like, ‘Oh my god!’, and outside I was like, ‘Oh, okay’,” she recalls. “Just a few minutes before the show, I saw that the audience included a bunch of incredible musicians and a few film stars. After Zakir uncle and Ranjit uncle introduced me, I went on stage and started playing. All went incredibly well.”

Uday Benegal, singer-songwriter and founder of Indus Creed, says, “Mohini is remarkable for her virtuosity and has gone beyond the novelty of a child prodigy to a promising stretch of great musical longevity.”

Her music has influences from guitarists like Victor Wooten, Jaco Pastorius, Abraham Laboriel, Mark King, Tom Kennedy and Marcus Miller. She also draws from percussion instruments such as the drums and the tabla. “I love listening to [percussion instruments] and then I play the same phrases on bass,” she says.

On her schedule are performances with singer Hariharan, Barot and Rahman at different events. And then there’s work in Rahman’s newly formed a capella band NAFS, and in a couple of other new bands that include Taufiq Qureshi, Naveen Kumar, Stephen Devassy, Sivamani, Aditya Kalyanpur and Suchismita. There is also her own album. 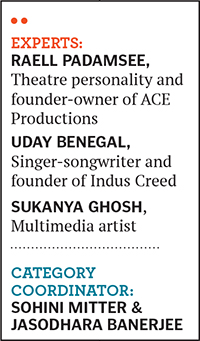 But that’s for the short term. For the long run, there are no fixed plans. “I have no plans because most of the time if I plan something, it fails to happen. But I do have a few wishes: I would love to have my own music school; own a large space where I can have a few people taking care of stray dogs; I would love to have a powerful girls’ band and my own TV show which keeps playing good music.”

And then, just like that, a twang of the profound: “I have seen so many things till now that it makes me think life is too short… So just live it, and nobody really cares. Do the right thing and enjoy the music.”

Tweets by @forbesindia
Nipun Dharmadhikari: The theatre revivalist
The 30 Under 30 class of 2014: A report card