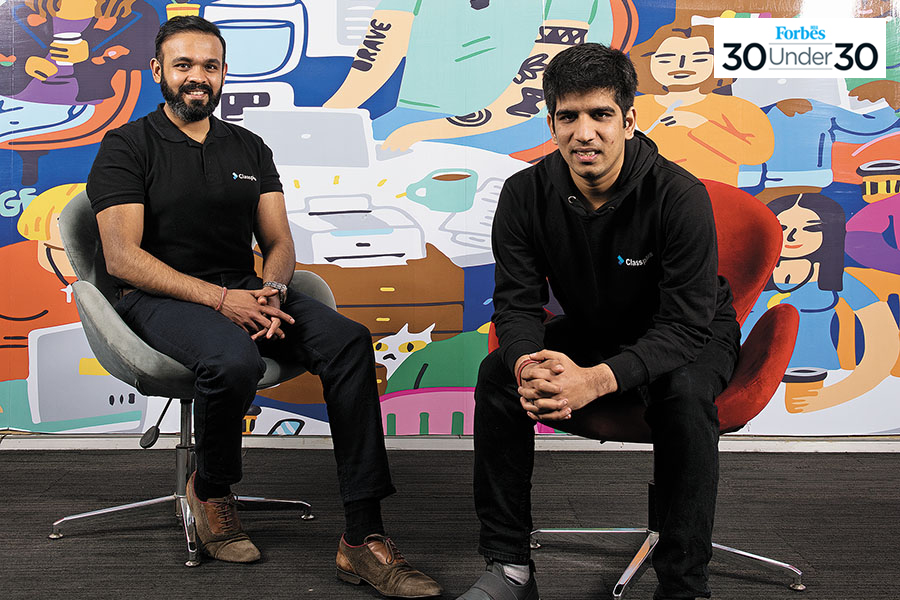 Mukul Rustagi and Bhaswat Agarwal had a simple mission when they launched Classplus in 2018: One, they wanted to provide a solution for hyperlocal coaching centres and their entrepreneurial owners to run their entire coaching stack on a single digital platform. Two, they wanted to flip the trend of internet-centric learning that often sidelined teachers, and ensure that technology was only around to support the efforts of these local coaching centres and teachers.

“Today, Classplus has more than 50,000 educators, and coaching institutes that serve over 10 million students. During the pandemic, we also launched Classplus Lite, a free mobile app for tutors with a small student base, which has over 500,000 users now,” says Rustagi. The venture is present in over 1,000 cities and towns across India.

Agarwal adds that local coaching centres, which had about 100 to 150 students offline, have grown their student base by 4x within 12 months of using Classplus. “We have enabled first-time educators to set up their online coaching businesses from scratch and scale them exponentially,” he says.

The duo has raised four rounds of capital in the last 24 months, totalling $23 million, including marquee investors like AWI, Sequoia Capital India’s Surge, Blume Ventures and RTP Global. “In the past 18 months, Classplus has grown its customer base and revenues manifold and launched several breakthrough products,” says Rajan Anandan, who leads Sequoia’s Surge programme. “The team has demonstrated it can build very good products and execute superbly. They will unquestionably build a large and enduring company.”