Former liquor baron, who is not in the country, has proposed to settle his dues by end of September 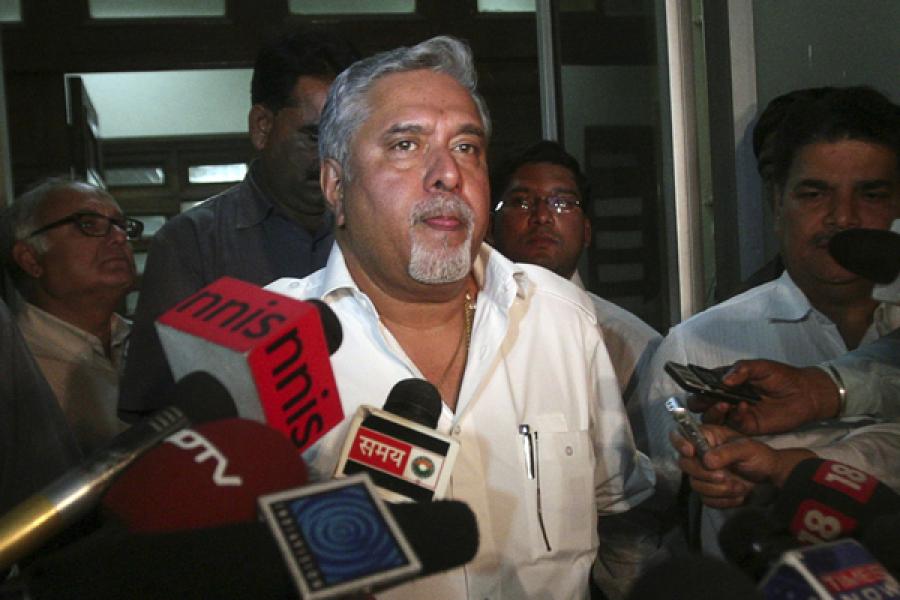 Image: Reuters / Parivartan Sharma
Vijay Mallya has not spoken about his settlements with non-bank creditors

Embattled industrialist Vijay Mallya on Wednesday offered to pay Rs 4,000 crore by September-end to a consortium of lender banks, in a bid to settle an ongoing acrimonious legal battle with them.

Mallya’s outstanding dues — related to his defunct Kingfisher Airlines — to the 17-member banking consortium led by the State Bank of India (SBI) is a little over Rs 9,000 crore. This includes loans and interest accrued. Details of how Mallya plans to shore up the funds (Rs 4,000 crore) are not known.

The settlement offer was made by Mallya’s legal counsel in the Supreme Court (SC), which is hearing a petition against the former liquour baron filed by the banking consortium.

Banking analysts have welcomed Mallya’s move, as it would help curb their actual losses. “Most banks have fully written off the loans outstanding to Kingfisher Airlines and hence any recovery will directly flow into profits,” says Parag Jariwala of Religare Capital Markets.

SBI has the largest loan exposure in Kingfisher Airlines of around Rs 1,500 crore. The other public sector banks include Punjab National Bank, IDBI, Bank of Baroda, UCO Bank and Bank of India among others.

The apex court has given a week’s notice to the banking consortium, seeking its reply to Mallya's offer. The SC will hear the matter on April 7.

Meanwhile, the banking consortium has already initiated moves to auction the trademarks of the erstwhile Kingfisher Airlines by end of April. The trademarks, which include the airline’s brand name, logo, and tag lines, have a reserve price of about Rs 370 crore. At its peak, the airline’s trademarks carried a valuation of around Rs 4,000 crore.

Mallya’s settlement offer comes as no surprise. In November last year, he had said, “I’m focussed on settling Kingfisher (Airlines) affairs with banks.”

But amidst all this, Mallya hasn't spoken about his settlements with non-bank creditors, who have issued unsecured loans to Kingfisher Airlines. Some of these creditors have filed winding-up petitions in the Karnataka High Court against Kingfisher Airlines and Mallya’s parent company United Breweries Holdings.

Religare’s Jariwala and Vikesh Mehta in their Wednesday note to clients say: “In the past, there have been instances where banks have waived off penalties and interest on delayed payments to facilitate the settlement of cases.”

“Tax authorities in India widely follow this practice to avoid a protracted legal process and to ensure early recovery of dues. In fact, the recent union budget provides a one-time dispute resolution scheme for direct taxes where the part/full penalty will be waived if the disputed tax demand is paid along with interest till the date of assessment. Thus, we do not think it will be unfair of banks to accept the offer.”

“Mallya’s capitulation has come in the face of tremendous pressure from banks, the government and the RBI, which could prompt other willful defaulters and stressed companies to clear their dues – a key positive for banks,” Jariwala says.