Co-working space chain WeWork, which is valued at nearly $50 billion as a private company, faces sharp questions about its business model. It lost more than $1.6 billion last year on just $1.8 billion in revenue 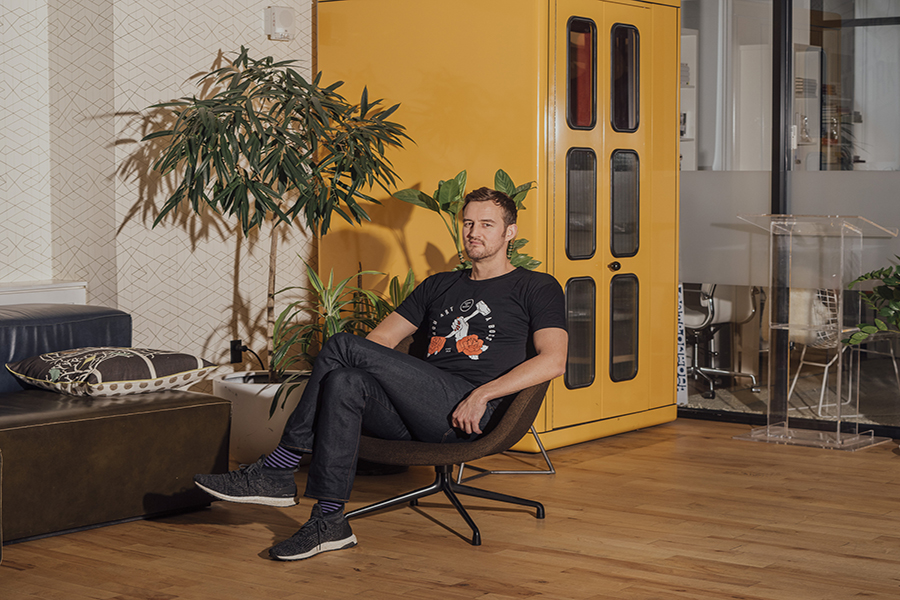 WeWork, a real estate firm that leases shared office space, officially set in motion the process of becoming a publicly traded company by filing a financial prospectus with regulators on Wednesday.
The offering by the company, which is led by a brash Israeli entrepreneur and backed by money from Saudi Arabia, will be a major test of investors’ appetite for fast-growing but unprofitable startups. Similar moves this year by the ride-hailing rivals Uber and Lyft proved to be disappointments. WeWork, which is valued at nearly $50 billion as a private company, faces sharp questions about its business model. It lost more than $1.6 billion last year on just $1.8 billion in revenue, according to the prospectus. By comparison, Uber lost $1.8 billion last year on revenue of $11.3 billion. WeWork’s losses accelerated in the first half of 2019, although its revenue more than doubled, the filing shows. The company’s core business is simple: It takes out long-term leases on commercial real estate, spiffs up the spaces with amenities like fashionable furniture and free beer, and then rents out individual offices and larger suites to other companies. WeWork said in its filing that it had more than 604,000 workstations, or desks, around the world and more than 527,000 “members,” the company’s term for people with access to those desks. Both figures were roughly double what they were a year ago. WeWork also said that its sales were growing quickly, and that it expected them to total $3.3 billion this year. But the company’s capital-intensive business and breakneck growth have made profitability elusive. WeWork lost almost $900 million in 2017 and more than $400 million in 2016, the filing shows. To justify its valuation, WeWork has tried to position itself as a tech company, promoting the efficiencies it can achieve as it gets bigger as well as the value of its “community.” The company’s prospectus included a lofty Silicon Valley-style mission statement and dedicated the financial document to “the energy of we.” WeWork would be the second-largest “unicorn” — a privately held startup valued at $1 billion or more — to go public this year after Uber. Like many companies from of this generation of startups, it is almost a decade old, richly valued and deeply unprofitable. Public investors have reacted more positively to the initial public offerings of companies like Pinterest, which burns less money than its larger peers. Zoom, a smaller video conferencing startup that is profitable, has soared. “The bigger you get, the more scrutiny there is, and the larger the losses you have, the more sensitive investors are to it,” said Jane Leung, chief investment officer of Scenic Advisement, an investment bank for shares in private companies. WeWork was founded by Adam Neumann and Miguel McKelvey in New York in 2010. The pair bet that coworking would be big, and they began taking out pricey leases on large commercial spaces in New York and other major cities, then renting out portions to startups. In time, WeWork, which is officially known as the We Company, expanded to offer larger spaces to corporate tenants such as Expedia, JPMorgan Chase and Siemens. Neumann, an Israeli who lived on a kibbutz, and McKelvey, who lived on a commune in Oregon, quickly distinguished WeWork as an unconventional company. Neumann spoke passionately about its role in creating a better world, while McKelvey, a vegetarian, led an effort to make WeWork a meat-free company. That idealism was reflected in the financial prospectus. “We are a community company committed to maximum global impact,” the company wrote. “Our mission is to elevate the world’s consciousness.” The company’s ambitions have since expanded beyond coworking spaces into housing and education. But in recent years, its rhetoric has collided with the realities of running a complex business. It has been criticized for being largely backed by the SoftBank Vision Fund, which counts the Public Investment Fund of Saudi Arabia as a major source of capital. And Neumann, the animating force behind the company, has come under scrutiny for several potential conflicts of interest. His wife, Rebekah, has started an elementary school as part of the company. Neumann has used the company to invest in inland surfing parks. The Wall Street Journal has revealed instances when Neumann had WeWork take out leases on buildings he owned, and that he has sold off a large number of his shares in the company, worth hundreds of millions of dollars, before the IPO. Wednesday’s filing stated that Neumann would eventually transfer the properties he had leased to WeWork to the company, and that he would refrain from buying any new properties with the intent of leasing them to WeWork. WeWork will consolidate power in the hands of Neumann, following the example of companies like Facebook, Snap and Lyft. Investors in WeWork’s IPO will get a class of common stock that has only one vote per share, while existing shareholders will get 20 votes per share. Neumann will control enough shares to have a majority vote, the company said in its prospectus, giving shareholders little influence over decision-making. “As a result, we may take actions that stockholders other than Adam do not view as beneficial,” the prospectus said. The company even listed Neumann as a risk factor, stating that he is critical to the company but that WeWork has no employment agreement in place with him.

Tweets by @forbesindia
Citing economy, Donald Trump says Americans have 'no choice but to vote for me'
Travel: In Ethiopia, psychedelic lands that feel like Mars