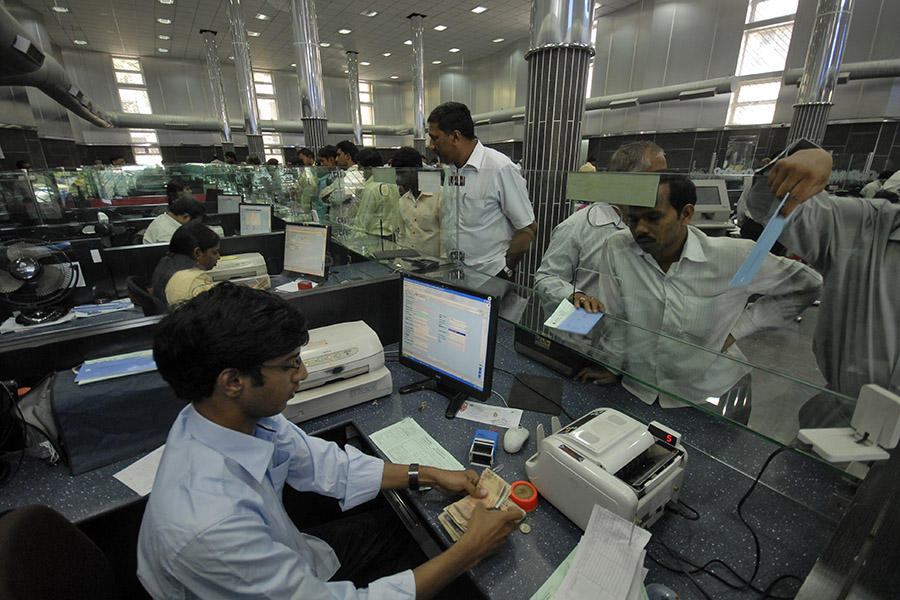 Krishnendu Halder / Reuters
The financial health of the Indian banking sector remains a chief macroeconomic concern. A recent study on bank profitability in emerging markets may hold the key to resolving the crisis plaguing the Indian banking sector. By analysing the balance sheets of 534 banks in 19 Emerging Market Economies (EMEs) across 15 years (2000-2014), the authors point to three key factors affecting bank profitability and consequently financial resilience in EMEs.One key factor is the bank-specific credit growth rate, which scores ahead -as a determinant of bank profitability- in the “horse race” compared to the Gross Domestic Product (GDP) growth rate under normal conditions. Banks with higher rates of loan growth, it appears, are systematically more profitable. As such, it is credit cycles, rather than business cycles, which have a greater impact on bank profitability.The second factor affecting bank profitability is interest rates. The study finds that while higher short-term interest rates reduce bank profitability, higher long-term interest rate levels have a positive impact on bank profitability. In the short-term, any increase in the interest rates leads to a sharper fall in the demand for loans than in the demand for deposits, thereby reducing the net interest margins. This impacts the bank profitability negatively in the short-term. An increase in the long-term interest rates, on the other hand, mean that banks can charge borrowers higher rates, and hence bank revenues as also profitability increase. In fact, the study finds that a 1 percentage point increase in the long-term rate raises the return on assets of EME banks by between 12 and 15 basis points.Rising sovereign risk premia constitute the third key factor affecting bank profitability. Fiscally profligate governments, with their lack of credible fiscal frameworks would mean rising sovereign risk premia. Such rising risk premia in turn reduce EME bank returns and in fact hamper overall financial stability in EMEs. By leading to rating downgrades of banks, such rising sovereign yields also restrict funding alternatives available to banks to expand and grow their profitability. Further, the rising sovereign yields tend to depreciate the country’s currency, which has a further negative impact by reducing the overall credit to the EMEs through the currency risk taking channel.How does the Indian banking sector measure up in terms of these factors?India’s GDP growth has been the subject matter of much debate, and most commentators see the worst as being over for India in terms of GDP growth. India is said to be poised to regain its position as the world’s fastest growing nation, with a growth rate of 7.2% in 2018 and 7.4% in 2019. The Reserve Bank of India’s latest Financial Stability Report, however, paints a dismal picture of credit growth- the key determinant of bank profitability. Major sectors, as well as industries in India have witnessed a decline in credit growth over the period October 2015 to October 2017. In fact, the industrial sector, particularly infrastructure, all engineering and textile industries have witnessed negative credit growth rates over much of this period. The only bright spot in this otherwise grim credit growth environment has been the personal loans sector.Turning to interest rates, the short-term interbank call money rates (weighted average) as also the policy repo rates have marginally declined over the period October 2015- December 2017, while long-term interest rates measured by the 10-year government security yields have also declined. In such a scenario, the impact of interest rates on bank profitability in India may have been neutral.In October 2017, the Indian government announced a bank recapitalisation plan worth $32 billion to be financed by recapitalization bonds. Such recapitalisation, the government claims will have no bearing on its credit-worthiness. The fact, however, remains that such large public debts, whether reflected in the fiscal deficit or not, will have negative implications for sovereign ratings, and by implication the sovereign risk premia. In the case of EMEs, it has been found that a 100 basis points increase in the sovereign risk spreads reduces the banks’ return on assets (ROA) by 24 to 27 basis points.The prescriptions to improve India’s financial resilience led by banking sector profitability is fairly clear. While India’s GDP growth rates may improve slowly, its relevance to overall bank profitability is relatively lower under normal conditions. It is only when GDP growth becomes strongly negative does it affect ROA of banks significantly. More important is that under present Indian conditions, credit offtake will need to be strongly invigorated. Investment demand will need to be significantly boosted to improve such credit growth. The RBI will need to maintain a conducive interest rate environment, as also ensure effective monetary policy transmission to maintain overall bank profitability. Finally, despite a rating upgrade by Moody’s, S&P’s cautious assessment of India with an unchanged sovereign rating of BBB- is an indicator that the government will need to stick to its fiscal consolidation path, without succumbing to the pressures of a pre-election budget. While recapitalization of Indian banks may offer a short-term panacea to India’s banking crisis, long-term solutions rest in setting the larger macroeconomic house in order. 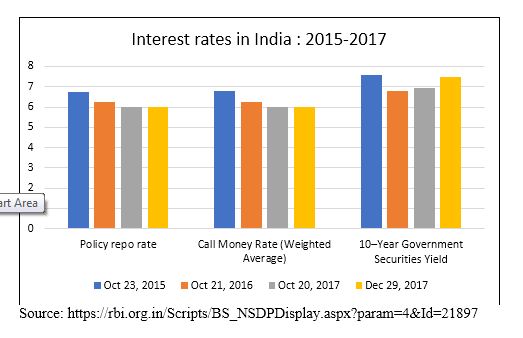