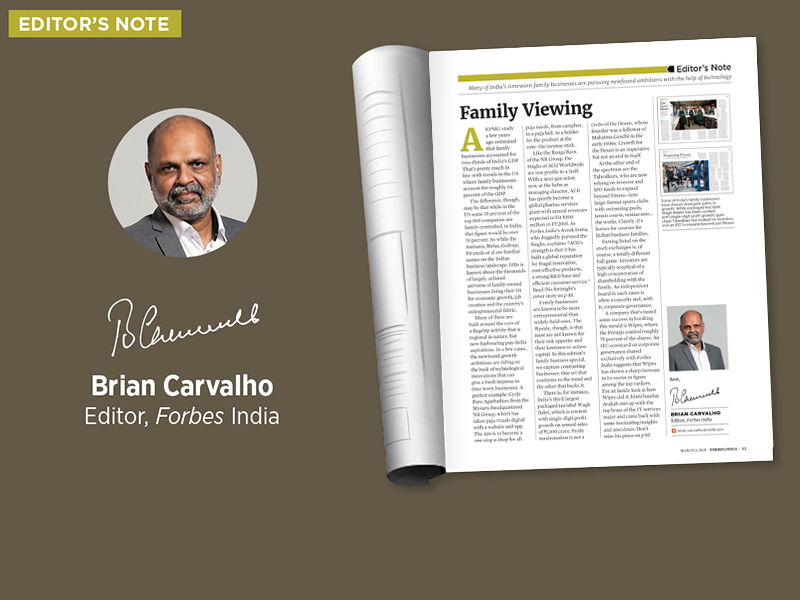 The difference, though, may be that while in the US some 35 percent of the top 500 companies are family-controlled, in India, that figure would be over 70 percent. So while the Ambanis, Birlas, Godrejs, Piramals et al are familiar names on the Indian business landscape, little is known about the thousands of largely unlisted universe of family-owned businesses doing their bit for economic growth, job creation and the country’s entrepreneurial fabric. 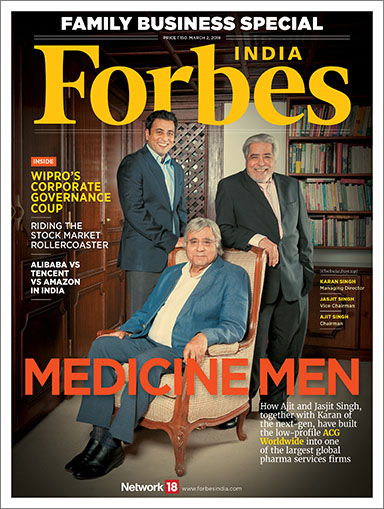 Many of these are built around the core of a flagship activity that is regional in nature, but now harbouring pan-India aspirations. In a few cases, the newfound growth ambitions are riding on the back of technological innovations that can give a fresh impetus to time worn businesses. A perfect example: Cycle Pure Agarbathies from the Mysuru-headquartered NR Group, which has taken puja rituals digital with a website and app. The aim is to become a one-stop e-shop for all puja needs, from camphor, to a puja bell, to a holder for the product at the core–the incense stick.

Like the Ranga Raos of the NR Group, the Singhs of ACG Worldwide are low profile to a fault. With a next-gen scion now at the helm as managing director, ACG has quietly become a global pharma services giant with annual revenues expected to hit $500 million in FY2018. As Forbes India’s Aveek Datta, who doggedly pursued the Singhs, explains: “ACG’s strength is that it has built a global reputation for frugal innovation, cost-effective products, a strong R&D base and efficient customer service.” Read this fortnight’s cover story.

Family businesses are known to be more entrepreneurial than widely-held ones. The flipside, though, is that most are not known for their risk appetite and their keenness to access capital. In this edition’s family business special, we capture contrasting businesses: One set that conforms to the trend and the other that bucks it.

There is, for instance, India’s third largest packaged tea label Wagh Bakri, which is content with single-digit profit growth on annual sales of ₹1,100 crore. Profit maximisation is not a credo of the Desais, whose founder was a follower of Mahatma Gandhi in the early 1900s. Growth for the Desais is an imperative but not an end in itself.

At the other end of the spectrum are the Talwalkars , who are now relying on investor and IPO funds to expand beyond fitness—into large-format sports clubs with swimming pools, tennis courts, restaurants… the works. Clearly, it’s horses for courses for Indian business families.

Getting listed on the stock exchanges is, of course, a totally different ball game. Investors are typically sceptical of a high concentration of shareholding with the family. An independent board in such cases is often a casualty and, with it, corporate governance.

A company that’s tasted some success in breaking this mould is Wipro , where the Premjis control roughly 75 percent of the shares. An IFC scorecard on corporate governance shared exclusively with Forbes India suggests that Wipro has shown a sharp increase in its scores to figure among the top rankers. For an inside look at how Wipro did it, Harichandan Arakali met up with the top brass of the IT services major and came back with some fascinating insights and anecdotes. Don’t miss his piece.

Tweets by @forbes_india
Profitability of Indian banks: Emerging concerns
Beyond Budget: The competitive world of taxes