Wipro: On the right path of good governance 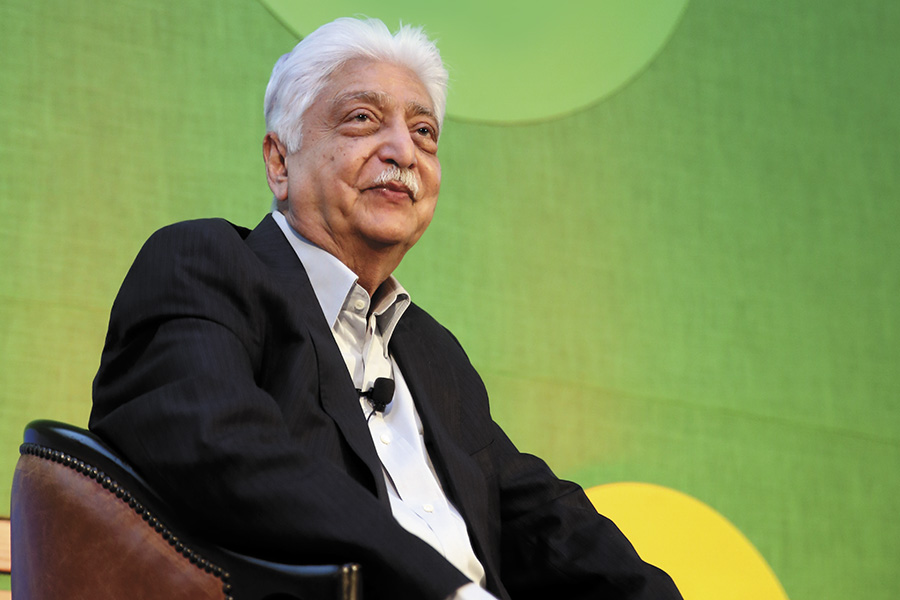 It was a sunny winter Saturday morning, the kind people still like Bengaluru for, notwithstanding the devastating loss of trees and water bodies the city has suffered in parallel with its rise as India’s tech capital.

An interesting no-holds-barred exercise was underway at IT services company Wipro’s headquarters: School and college students from as far away as Arunachal Pradesh, Kerala, Goa and Chhattisgarh were quizzing Wipro Chairman Azim Premji. “How can one become like you?” or “Are you happy with all that you’ve done?” and “How can companies pay attention to sustainability in the competitive commercial world?” were some of the questions.

That last question evoked the following response from the 72-year-old billionaire, India’s second richest man: “I think too many issues of sustainability are being deprioritised because of commercial interests, and one has to make commercial interests secondary, behind sensitivity for the environment, which doesn’t always happen.”

It was a session organised as part of the 7th annual Wipro Earthian programme to recognise school and college projects that raise awareness about the environment among local communities. Premji continued: “I think government policy should be directed towards it and there should be proper enforcement of such a policy on an ongoing basis. And it requires pushback from people such as you, because you represent the population.”

Just as management guru Peter Drucker once asserted that there is no such thing as business ethics, but just ethics, Premji’s credo for himself—which boils down to doing the right thing under any given circumstance—is difficult to separate from the values he set down for Wipro decades ago.

That was back in 1972, Wipro’s Chief Sustainability Officer Anurag Behar says, and those principles live today in Wipro’s various of codes of conduct—from the formal ones for employees and managers to the ones that articulate the underlying philosophy, such as the ‘Spirit of Wipro’ and ‘Wipro Beliefs’.

It is also reflected in corporate governance, which translates into an honest and transparent enterprise that does right by all its shareholders.

Wipro, Infosys and HDFC Bank are the three best-governed companies among the Bombay Stock Exchange’s 100 biggest companies in the Corporate Governance Scorecard for 2017, backed by the World Bank’s International Finance Corporation and India’s BSE. 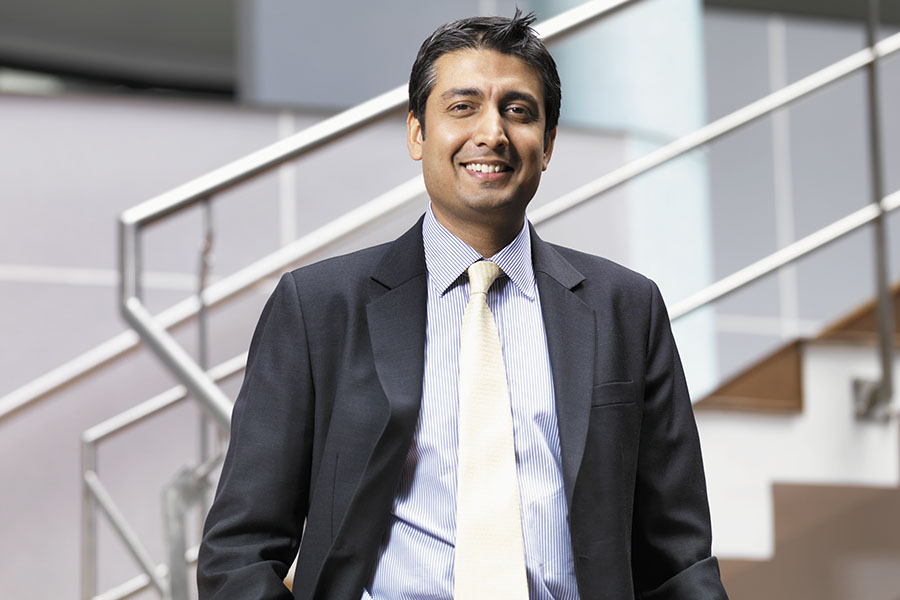 Rishad Premji, chief strategy officer and member of the board, Wipro Limited

Wipro’s rise on the scorecard shows that owning a majority of a company need not come in the way of doing the right thing. Its score saw the “sharpest increase”, the authors of the report point out, from 2016, when the first edition of the study was conducted.

The reasons include better disclosures on the website and in the annual report, aspects of board evaluation, leadership experience, and succession planning.

On that last count, Wipro has done very well with no fanfare, points out Shriram Subramanian, founder and managing director of InGovern Research Services, a proxy advisory services firm in Bengaluru. Rishad Premji (41), the elder son of Azim Premji, is now well respected in the industry as chief strategy officer, and a member of the board of directors of Wipro, he adds.

“At Wipro, from that perspective, they have done very well; they have been able to groom Rishad into a role where he has the acceptance of all senior executives,” says Subramanian. “His credibility within Wipro and in the industry, too, has grown and his capabilities are also now tested and accepted.”

In fact, Rishad served on a committee constituted by Securities Exchange Board of India, the country’s capital markets regulator, to recommend ways of further improving corporate governance standards in India. The committee, named last June, was led by Uday Kotak, chairman of Kotak Mahindra Bank. 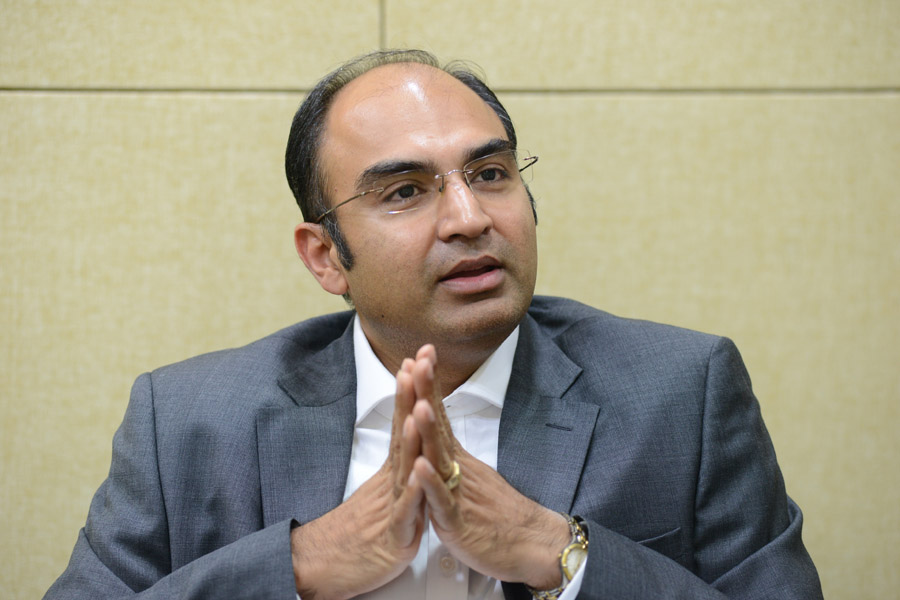 Jatin Dalal, CFO, Wipro
Image: Hemant Mishra/Mint via Getty Images
Wipro’s CFO Jatin Dalal says corporate governance is about remaining on the right path, irrespective of the circumstances. That Wipro has survived and thrived for more than 50 years irrespective of the environment—through India’s license raj, for instance—shows that the ‘Spirit of Wipro’, and integrity at the core has mattered, he says.

Just saying the company is honest doesn’t quite cut it, and one has to be willing to do the difficult, often unglamorous work that is essential. For instance, Wipro set up an audit committee in 1986, when it was not mandatory, Dalal adds.

Establishing such a committee, and giving it teeth by including high-calibre members, created a “sharp and thriving” audit function within the company. The present-day committee comprises philanthropist and noted former banker N Vaghul, Ireena Vittal, a former McKinsey and Co partner, and MK Sharma, non-executive chairman of ICICI Bank Ltd.

In the early ’90s Wipro started publishing segmental accounting and consolidated books of account. Segmental accounting became an accounting standard much later. Be it publishing data as required by the SOX 404 (the Sarbanes Oxley Act, after the Enron debacle) or section 302 certification of financials, when the norms first came out, Wipro was among the first in India to implement the practice of disclosures under those rules, recalls Dalal.

With regard to the governance of the board, “all our committees are made up of only independent directors,” he says, irrespective of whether the laws require it or provide flexibility. “Every time we provide more information, you’ll also ask more questions, but we have never shied away from sharing information that investors ought to get.”

One important recognition at Wipro is corporate governance is about grassroots-level vigilance and change. Dalal gives a simple example of ‘proxy-swiping’.

If a Wipro staffer got a colleague to swipe his or her access card, “there will be only one outcome. We won’t look at the financial pain to the company, we’ll still pay the person’s salary. The person may have been able to stay longer at the end of the day and work, but we look at the intent behind doing something wrong in the first place.” The reason is, if allowed leeway, the same attitude might proliferate into something bigger down the line, with much more serious consequences.

“I went to engineering college in the mid-’80s, when IT was a happening field,” recalls Behar, who joined Wipro straight out of college.

Behar remembers how there were two pieces of feedback about Wipro from his seniors who had joined IT companies. “You can’t give a 50-paise bribe, even if you’re losing a ₹50-lakh order. Lose the order, but no way you can actually bribe anybody. That was one of the critical things that remained in our heads.” The other thing was that Wipro had a reputation for being a real tech company. “It wasn’t spiel, it was feedback from our seniors: If you wanted to be a tech guy, go to Wipro,” he says.

“ They’ve groomed Rishad into a role where he has the acceptance of all senior executives."
—Shriram Subramanian

In 2002, Wipro also set put an Ombuds process to provide a formal channel to report concerns of any wrongdoing at the company “independent of line of management”, as its website puts it. Behar credits Premji Senior’s behaviour as a leader for providing much of the groundwork for the company’s structured and codified practices as it became larger.

He recalls a small anecdote about a former colleague who had joined the company in 1973 or 1974. “What fascinated me about the company was that on their application form, on the front, they basically had nothing else but a statement from Peter Drucker, saying integrity is everything,” the colleague had said.

Such ideas got systematically communicated, Behar says, while Dalal adds that Premji would personally handle employee sessions on Wipro’s values, nearly into the late ’90s. To this day, at Wipro’s training programme for its senior leaders, he continues to make it a point to talk to them about his values, Behar says. 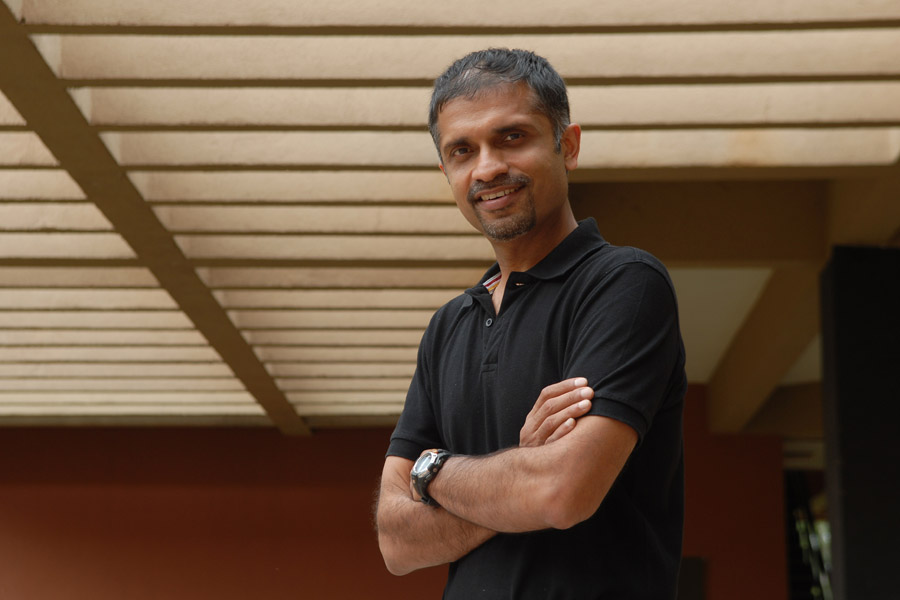 Wipro’s Chief Sustainability Officer Anurag Behar
Image: Hemant Mishra/Mint via Getty Images
All this underscores the need for doing mundane but absolutely essential work of repeatedly reinforcing the right behaviour. It helps to remember the loftier underlying value: “How do you encourage right behaviour? You do it by driving meritocracy, encouraging people to speak up, providing the right channels to funnel their concerns,” Dalal says.

Even with Premji Senior, the company’s executives won’t hold back just because they may have a different point of view on a subject, and will walk away from a discussion “completely confident” that speaking up is what is expected of them, he adds.

Good corporate governance and a well-earned reputation for such behaviour has real business benefits, Dalal says. It helps the company better navigate changes in the outside world; a large investor will more likely give a patient hearing in any situation, or a banker will more likely lend on better terms or a potential target will more likely consider an acquisition favourably or a vendor will be happier to work with the company.

This idea is validated by experts who have researched corporate governance. “There is adequate research to show that a well-governed company can raise capital at lower cost-equity capital or debt,” says Krishnamurthy Subramanian, associate professor at Indian School of Business. “Even in instances where a company makes a mistake or a judgmental error, investors aren’t that harsh with well-governed companies, so there are long-term benefits.”

It also helps to keep front and centre the knowledge that core human values and nature hasn’t changed much—even as society has better rules. “We are still grappling with the same issues that we grappled with during the Mahabharat,” Behar says.

One other approach that many leaders recognise as making a constant difference is  ‘there is so much more to be done’. That is why, the student who asked Premji if he was happy with all that he had done got the reply: “No. No I’m not happy, and that is the feedback I give to my leaders as well.”

Tweets by @forbesindia
Fantastic founders and when to lose them
Talwalkars: Pioneering fitness