Firms in Corrupt Countries Pay a Price in Market Value

Virtue seems to pay according to Professor Charles M.C. Lee whose research shows that publicly-held firms in countries perceived as less corrupt trade at bigger market premiums than those in places deemed more corrupt

Stock markets are supposed to be the ultimate arbiter of company worth. But do they factor in a country's corruption, or virtue in valuing businesses?

Yes, says Charles M.C. Lee, an expert on markets and accounting at Stanford's Graduate School of Business. The GSB professor recently discussed his research showing that ethical lapses matter in the market value of companies. Publicly-held firms in countries perceived as less corrupt trade at bigger market premiums than those in places considered more corrupt, according to Lee. "Virtue seems to pay – at least over the longer term," he said in a November 5 talk. 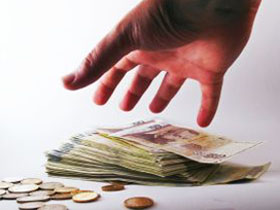 On the flip side, "the market seems to price assets in more corrupt regimes as if they're worth less," said the Joseph McDonald Professor of Accounting. "Collectively as a country, when you're on average more corrupt, you have to pay for that when markets look at you and when capital providers come into your country."

In Lee's research, corruption was defined as the "misuse of public office for private gains." This could include bribery of public officials, embezzlement of public money, and kickbacks in public procurement. Although malfeasance is difficult to detect and to measure directly, perceptions of a corrupt environment apparently do matter to investors. "You may say, 'what’s a little bribery here or there?' Well, when it adds up, your country doesn't look good to rest of the world," Lee said.

The talk elaborated on his paper published by the Journal of Investing in 2009 and co-authored with David Ng, an associate professor of finance at Cornell University. The study examined the relationship between the level of corruption in a country and the valuation of its corporations, concluding that corruption has "significant economic consequences for shareholder value."

The researchers ranked 44 countries based on the "Corruption Perception Index" (CPI) compiled yearly by Transparency International, a non-profit organization battling global corruption. The group’s "poll of polls" incorporates results of up to a dozen surveys on perceptions of public sector corruption as held by analysts, businesspeople and local residents.

Denmark, Finland, New Zealand, Sweden, and Singapore were rated the five "cleanest" countries, while Indonesia, Pakistan, Venezuela, India, and the Philippines were deemed the five most corrupt in the study by Lee and Ng.

The 44 countries studied were divided into three groups—"low corrupt", "mid corrupt", and "high corrupt." The results: the higher the corruption, the lower the market valuations. The average price-to-book ratio for equity was only 1.88 in high-corrupt countries, compared with 2.19 in mid-corrupt places, and 2.36 in low-corrupt ones. The study found that corruption was still significant even after controlling for other variables such as companies' inherent profit margins and countries' inherent growth rates or currency risks.

Corruption can dampen shareholder value in a number of ways. Most importantly, a climate of malfeasance tends to reduce expectations of future corporate profitability, Lee said. What's more, highly corrupt environments often have weaker protection of minority shareholders. In many countries, ownership of publicly-held companies is not as widely dispersed as in the U.S. and Japan. So controlling shareholders can "creatively divert" money from the company, thus hurting minority shareholders, he noted. In addition, the costs of capital can be higher in corrupt countries, which are perceived as riskier by investors.

"It could be that in countries where bribing public officials is the norm of business, the cost of trust…is higher," Lee said, as described in the book The Speed of Trust, by Stephen M.R. Covey. Added Lee, "Everything moves at the speed of trust. If it takes a while to feel confident about the other party, transactions get sluggish. Trust is a big part of business."

An audience member observed that the cleanest countries in the study were richer, while highly corrupt ones were poorer. Indeed, high per capita income is associated with lower corruption, Lee said. "You can afford to be virtuous when you have a high GDP," he suggested.