Rising prices are threatening to put onions in the realm of the exotic; but the myths about them, and their medicinal benefits, have given them a place in the sun 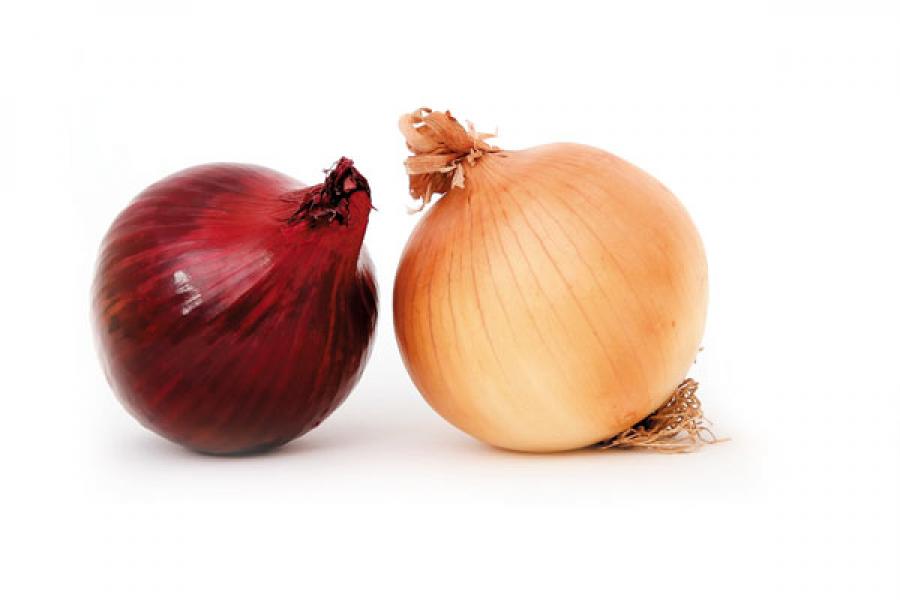 1. The onion is probably one of the oldest vegetables that man consumed and has been traced back to about 5000 BC. In the land of the Pharaohs, the dead were buried along with onions as the Egyptians believed it would help bring breath back to the mummies. Onions
also feature in the paintings
inside pyramids.

2. In ancient Greece and Rome, gladiators would rub themselves down with onions to firm their muscles. Whether this was to keep the lions at bay or a marinade is unclear.

3. In modern times, onions are the subject of various myths.
• Rubbing windshields with onions prevents the formation of frost
on them.

• Application on the scalp helps the growth of hair.

• Carrying an onion in your shirt pocket will protect you from the summer heat and hot, dry winds.

4. Chopping onions (and now, paying for them) can make you weep. There are a number of folk ‘remedies’ to prevent that.
• Chewing on a toothpick.

• Lighting a candle nearby.

5. Whatever the myths and common beliefs, science has agreed that onions have genuine health benefits.
• They are rich in anti-oxidants that reduce blood pressure, cholesterol and the risks of heart attacks.

• Among women, they are believed to reduce the chances of colon and ovarian cancer.

• They contain quercetin that, research studies have shown, inhibits production of  histamine and other substances that aggravate allergies.

6. The outer layers of the onion contain most of its properties and, if you are looking to benefit from it, you must peel off as little of the outer layers as possible. Eating them raw would be a good idea, but if you must boil them, do so on a low flame.