A scholar says being ambitious doesn't necessarily mean being aggressive 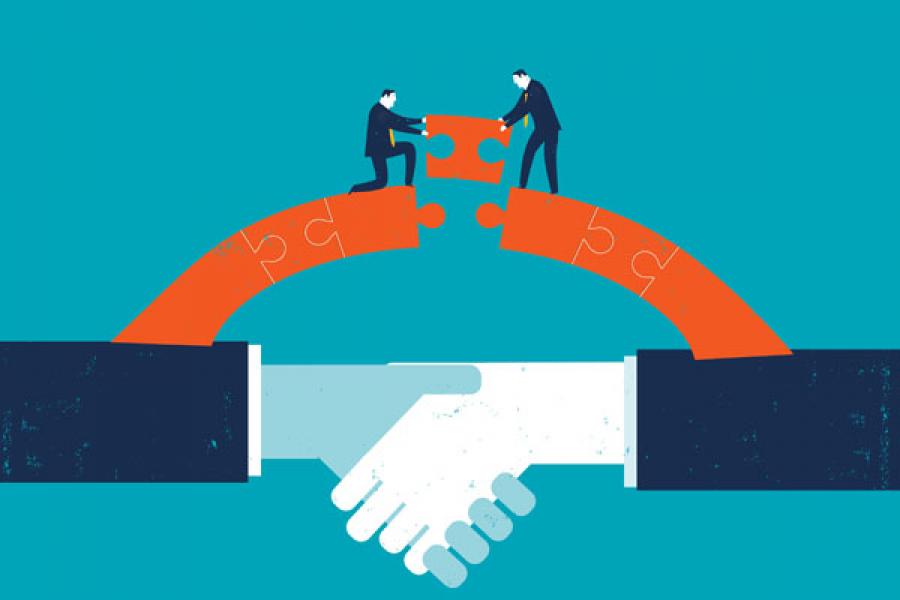 Business leaders often assume that they must maintain a competitive mindset, especially when they are negotiating a big deal. But seeing business interactions as cooperative rather than confrontational can often produce better outcomes, says Stanford GSB professor Nir Halevy.

Halevy and L. Taylor Phillips, a Stanford GSB student who co-authored the research, found that an individual’s view of a business interaction, such as a negotiation, can predict economic performance across a large number of interactions.

“MBA students who endorsed a cooperative view of negotiations ended up accumulating more profits in our strategy tournament,” Halevy says.

The research, published in the January 2015 issue of Social Psychological and Personality Science, extends a body of work that applies game theory to studying negotiators’ views of their interactions. That research shows that negotiators see situations in different ways, which correspond to various classic games in game theory. Negotiators who see their interactions through a competitive lens are more likely to exploit and dominate their counterparts, while those who perceive the same interactions through a cooperative lens are more likely to increase collective profits, to everyone’s benefit.

Competition Is Not a Win-All Strategy
In their study, Halevy and Phillips assessed how 103 MBA students at Stanford GSB view their negotiations. Participants then submitted strategies for an online tournament that pitted their strategies against one another in a total of over 12 million rounds. Participants who saw negotiations as highly cooperative performed best in the tournament, accumulating significantly more profit than those who viewed negotiations more competitively.

In other words, taking advantage of the perceived weaknesses of the other person is not always the best strategy. “These results demonstrate that, given a sufficiently large number of interactions, it’s more important to maximize joint gains when possible through cooperative interactions with other cooperative people than to try exploit the cooperativeness of others to try to make a killing in the short term,” says Halevy. “If you’re able to think about how everyone can jointly gain, that might help you do well.”

Still, not all business interactions are alike. There are certain types, such as deal-making negotiations, that people are more likely to view as competitive.

In a second study, using a six-week diary study, the researchers asked 101 Stanford students and staff to report their views of various scenarios, including:

Participants also reported their views of personally relevant interactions. Over the course of the six weeks, participants received text messages to their phones at different times of the day and were asked to indicate how they viewed their ongoing real-world interactions spanning various social and business activities, from cooking with friends and playing Ping-Pong to buying a car and interacting with a boss at work. Deal-making negotiation stood out as the type of interaction eliciting the most competitive views. Joint decision-making, dispute resolution, and daily interactions were viewed more cooperatively.

A cooperative mindset can transform even contentious interactions into more pleasant ones. Being ambitious doesn’t necessarily mean being aggressive, says Halevy. “Negotiators can say, ‘I’m not going to compromise very early, and I’m going to stick to my goals, and I’ll let you speak to your goals and we’ll think hard together about how to get a lot of what we want at the same time,” he says.

The research also has human-resources implications for managers seeking to create a constructive and positive atmosphere within their own teams. “As a manager, I’d want to know if people on my team have a tendency to view the world very competitively,” Halevy says. Indeed, some of his past research indicted that individuals who see the world more competitively are more likely to be isolated by colleagues and have other negative experiences at work .

“If you show you’re respectful of others and give others the benefit of the doubt,” Halevy says, “that will create a positive atmosphere where everyone can benefit.”

Nir Halevy is an assistant professor of organizational behavior at the Stanford Graduate School of Business and the Fletcher Jones Faculty Scholar for 2014–2015. L. Taylor Phillips is a PhD student in organizational behavior at Stanford GSB. “Conflict Templates in Negotiations, Disputes, Joint Decisions, and Tournaments” was published in the January 2015 issue of Social Psychological and Personality Science.

Tweets by @forbesindia
Restoring humanity to leadership
Advice on advice