Storyboard18 - From 'Hamara Bajaj' to the world's favourite Indian, the true legacy of Rahul Bajaj

Our greatest legacies aren't about our past, they are about the future. Rahul Bajaj's legacy isn't the Bajaj that he built. His legacy is the Bajaj that's being built by Rajiv Bajaj 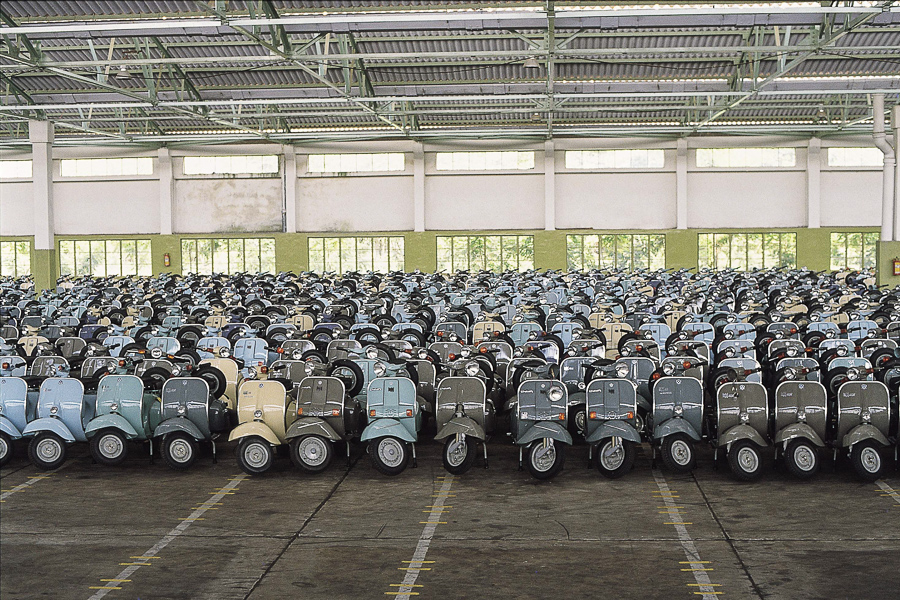 Bajaj is one of the earliest successes of Make In India
Image: Namas Bhojani/ India Today Group via Getty Images

I was at my home in Patna a few months ago and I couldn’t help but notice that my father’s Bajaj-150, though dilapidated, stood its ground in one corner of the house, as a dusty yet vivid album of our growing-up memories. In a country obsessed with selling scrap—anything from newspapers to empty beer bottles, it’s surprising how the old Bajaj scooter has escaped the guillotine of the kabaadiwaala (the scrap-vendor) in so many households. Or perhaps it’s not so surprising when you know that the value of the memories that an old Bajaj scooter carries for us is far greater than the weight of its metal.

It’s safe to say that Bajaj was India’s first upgrade brand. A Bajaj scooter was a symbol of moving up, of doing well in life. It was a symbol of a happy Indian middle-class family. It represented the Indian ability to stretch the available resources to their fullest. I remember going everywhere with my parents standing in front on a Bajaj scooter, wind in the face, my father in the driving seat, with my mother in the backseat, and our dicky full of all the vegetables shopping.   It turned the family and its joys into one unit. In a world where public transport was non-existent and cycle rickshaws were painfully slow, Bajaj gave the Indian middle-class control on its mobility—first with the scooter and then with the three-wheeler which is synonymous with ridesharing in India.   Bajaj became India’s upgrade brand much before its advertising—Hamara Bajaj—which finally put words to the emotions that India had for the brand. The ad Hamara Bajaj wasn’t a projection of an image or a positioning statement in a classical marketing sense. It was how India saw itself in a Bajaj scooter. Hamara Bajaj was the modern freedom song of middle-class India of which the scooter was a tangible symbol.   Bajaj is one of the earliest successes of Make In India. In the context where the country was learning to stand on its own, where we hadn’t fully developed our confidence, here was a mobility brand that India was proud of, as a badge of upward mobility. This was hard-earned trust, built through consistent delivery on-ground, by a product that carried the weight of the entire family across all road conditions, was easy to repair and lasted a lifetime.   But our greatest legacies aren’t about our past, they are about the future. Rahul Bajaj’s legacy isn’t the Bajaj that he built. His legacy is the Bajaj that’s being built by Rajiv Bajaj.   Today’s Bajaj is the brand that has stakes in global brands such as Husqvarna and KTM. Today’s Bajaj is a brand that goes across 79 countries—it’s a global brand out of India. In that sense, the most fitting tribute to Rahul Bajaj is the journey of the brand Bajaj from being Hamara Bajaj to The world’s favourite Indian, as the ad campaigns put it.  Dheeraj Sinha is CEO and Chief Strategy Officer, South Asia at Leo Burnett.

Tweets by @forbesindia
Nimisha Sajayan: Finding value in her roles
Founding partners at Upsparks on going from bootstrapped CPaaS venture to IPO to micro VC investors