What happened when 'Hamara Bajaj' was pitched to Rahul Bajaj? Here's the story told by the very people who worked on the immense Bajaj Auto account for years 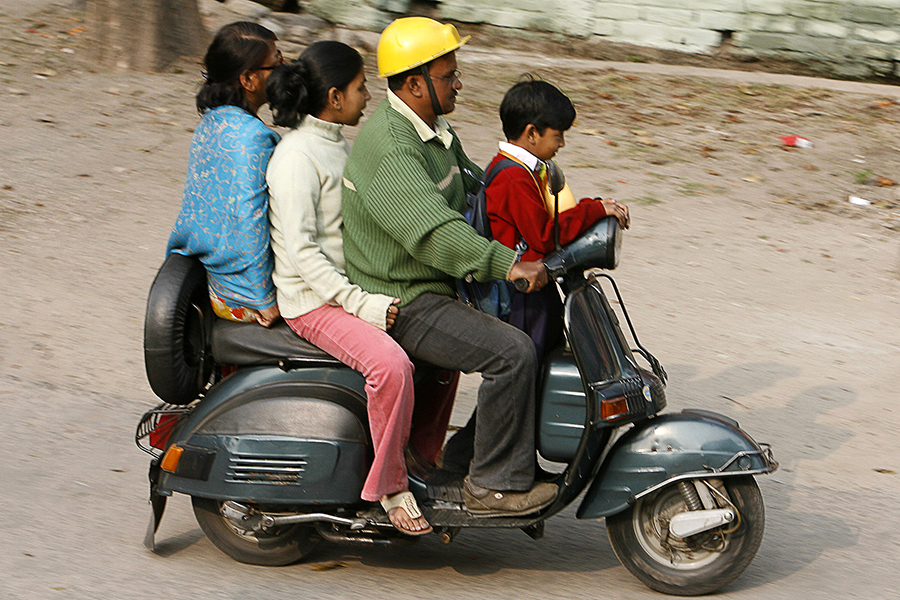 It was 1988, Bajaj Auto was the first big client that we handled—Prashant Godbole and me—it was a mighty account and India’s No. 1 two-wheeler brand.

I was just two years in the ad business. Prashant had been in the business a shade longer but was already a whiz visualiser of sorts. Our mentor/boss, Kersey Katrak, had teamed us up as a copy-art duo. He had, in turn, been asked by Alyque Padamsee to be national creative director of Lintas India. So there we were on the 15th floor of Express Towers, brainstorming on the brand.

The Bajaj portfolio was immense and interesting—a two-wheeler for every price segment. At one end of the spectrum were the scooters, the Chetak and the Pushpak; the M80, a mini bike, occupied the centre, and the top end was the Kawasaki RTZ motorcycle.

Each of these brands had a specific share of the market, a specific price point, and therefore each posed a unique creative ‘problem’ to us, the creative team.

The Bajaj scooter, the Chetak, was solid, workmanlike, so to speak. The competition was chipping away at the sales. Especially Kinetic Honda, which had produced a zippy new machine, appealing to the young in its aesthetic.

“We have to create a benefit, not made in the factory”, Kersey told Prashant and me, “convert a perceived weakness, its looks, into a strength.”

When Chevrolet was faced with the smaller Japanese cars invading the US, their ad campaign responded with ‘The Heartbeat of America”. Thus we needed a similar answer to the younger pretenders—we created ‘Hamara Bajaj’, playing on India’s sense of nationalism, trust over technology.

Now we had to ‘sell’ the campaign to Rahul Bajaj.

We went up to Pune.

The Bajaj Auto marketing team was a bit flummoxed with the 'Hamara Bajaj' campaign. They were quite conditioned to respond to benefit-driven creative, the ‘we have a better suspension and a wider wheelbase than our competitor’ type of ad. So this was an intimidating idea to digest, let alone commit the back pages of India Today and expensive air-time on Doordarshan.

“I would like you to present directly to Mr Bajaj. I could sense that he was uncertain to buy it. Out-of-the-box creative ideas tend to spook marketing teams—it takes big men to recognise big ideas”, the head of marketing said to us.
Ishan Raina (who headed account management on Bajaj Auto), Prashant and I went to meet the big man, armed with press ads and a TV idea with Jaikrit Rawat-penned lyrics (‘Buland Bharat Ki Buland Tasveer’), and a Louiz Banks rough soundtrack.
Mr Bajaj welcomed us with a lazy flamboyance, he carried his stature easily.

It’s the first time we’d met an industrialist not full of 'I’. He listened intently, Ishan laid out the strategy, and then Prashant and I attempted to sell our creative wares—a Parsi gent fastidiously polishing his scooter and a young hero combing his hair in the mirror, among other snippets of the Bajaj scooter and its place in Indian transportation.

“Mr Bajaj, the TV ad shows your scooter but doesn’t sell its features, instead focuses on it being a favourite of Indians all over.”

Mr Bajaj had that X factor that all ad agencies look for. He laid the foundation for a philosophy that believed we should be trusted to do ‘their thing’ without interference—‘we know our two-wheelers, you know your trade, we’ve hired you to ply your trade, so let’s trust you to do your job’.

“Ishan, if you and your Lintas colleagues feel this campaign will work, let's proceed,” he said.
We came back to Bombay triumphant.

Rahul Bajaj had a sense of humour too. At a later stage, Alyque Padamsee requested Rahul Bajaj, “Rahul, we feel you need to double your advertising budget for us to realistically make a difference.”

The Chairman of Bajaj Auto answered, “If I double my ad budget, can you guarantee you’ll double my sales?” 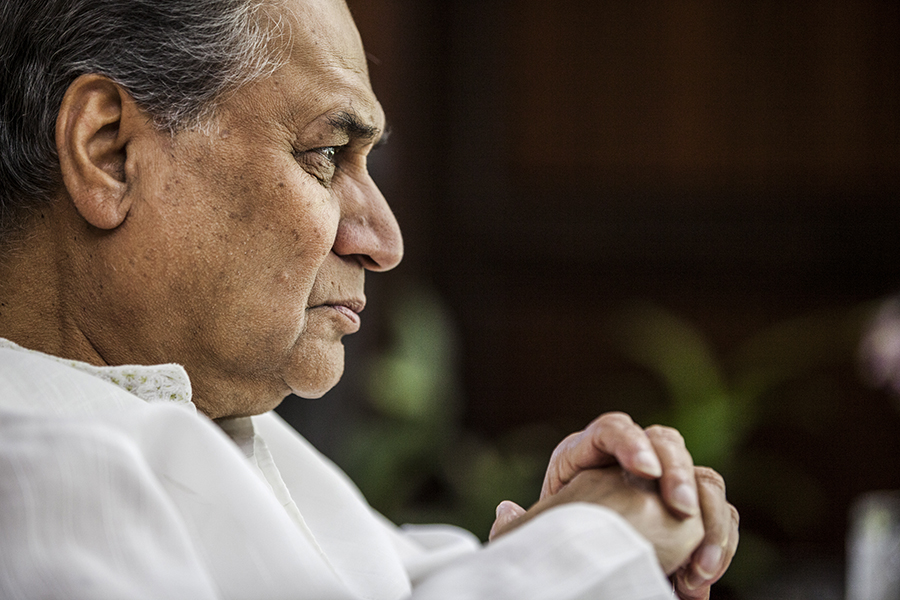 The Hamara Bajaj TV commercial won the hearts of the Indian consumer. It also won the best TV ad at the 1989 Advertising Club Awards. And sales skyrocketed.

Six months later, we were back at Mr Bajaj’s door, with a campaign for the Kawasaki Bajaj RTZ. Prashant, thinking out-of-the-box, came up with the idea of a bike transforming into a robotic cheetah. Mr Bajaj agreed this would resonate with young speed-loving bikers.

A year later we were asked to helm a live launch of another high-end Bajaj bike. This truly gave us a chance to work first-hand with the great man.

Rahul Bajaj had swag without a swagger, but for a man whose contemporaries had hubris, he had humility. He carried his ‘station’ with a stateliness.

There were many lessons that we learnt at the feet of this account. Learnings that the two of us, Prashant and I, took away and have held us in good stead throughout our careers.

Creative people should, as much as possible, present their own work. Clients enjoy meeting the people who create their ads, so they can brief and buy first-hand.

Also, give the consumer an emotional benefit, not a manufacturer’s statement, particularly for a consumer durable. Consumers remember brand emotions.

Therefore it was a tremendous sense of loss that Prashant and I felt at the great man’s passing.

He really put the ‘Hamara’ into Bajaj.

About authors: Rahul daCunha is the creative head of daCunha Communications. Prashant Godbole is an award-winning photographer and one of the founder-NCDs of ideas@work.

Tweets by @forbesindia
From Zomato to Paytm: The missing piece in the jigsaw puzzle of internet companies
Claim and Acclaim: Can Kenko move the needle with its unique healthcare model?