Claim and Acclaim: Can Kenko move the needle with its unique healthcare model?

The health tech startup is changing the lopsided mediclaim narrative in India by looking beyond hospitalisation—and focussing on OPD expenses including doctor visits, medicines and more 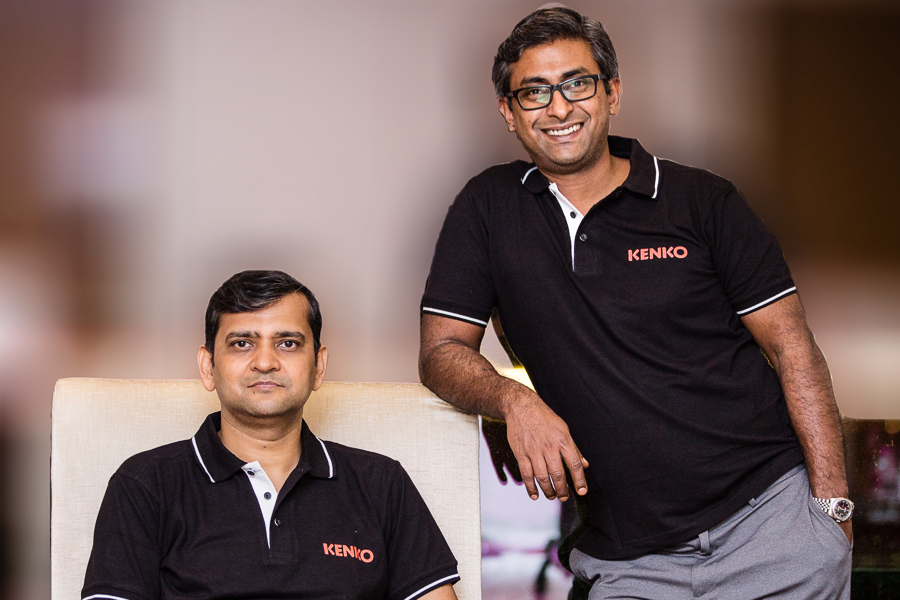 In 2017, Aniruddha Sen had diagnosed the problem. The Indian School of Business alumnus, who had close to two decades of experience across the hospitality and health insurance industries by then, knew his company needed to think out of the box to make healthcare accessible and affordable for the masses. There was one little problem, though. His employer found the prescription ridiculous. “I was laughed out of the room,” he recounts.

Sen’s presentation was junked. “What is this? A Rs 300 subscription rate, and just Rs 30-40 as cost of medicine… this is not worth our type,” was how the seniors dismissed the proposed plan. “We should be talking in crores, hundreds of crores,” was the advice. Sen was not surprised. “It's difficult for traditional people in healthcare to understand the value of niches and small payments,” he rues.

The conventional approach of the insurance industry too didn’t evince much confidence. “We were frustrated with its insensitive outlook and a singular focus on sales, even if it came at the expense of the insured,” says Sen. The insurance companies had reduced the insured to serial numbers and this is evident from the rough treatment meted out to them during claims.

“We wanted to change the robotic and heartless ways of the insurance industry and provide healthcare with a human touch,” he says. There was a pressing need for an evolved and smarter healthcare product that could preserve the best of conventional health insurance and marry it with nuanced healthcare offerings. Well, the problem, and solution, sounded simple.

Two years later, in 2019, when Sen co-founded Kenko Health with Dhiraj Goel, the duo had their reality check moment. Venture capitalists (VCs) couldn’t comprehend the new business model. ‘Even now, the tech investors don't understand the space,” says Sen. In fact, what made the job of the first-time founders difficult was having a business model that looked beyond hospitalisation and talked about covering Outpatient Department (OPD) expenses. 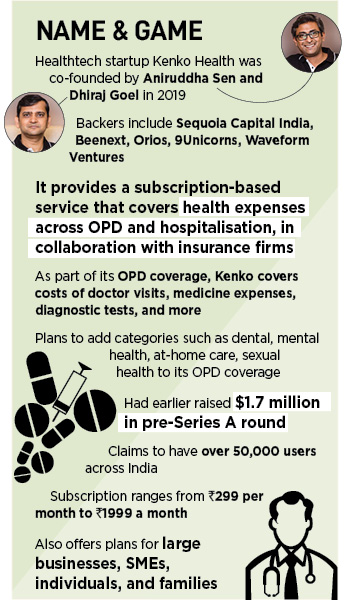 The first problem was how to pitch the brand story. “Initially, when we approached investors, we too were a little confused as to how to position ourselves,” recounts Sen. The problem was genuine. Pitching Kenko as an insurance and health tech company meant clubbing it in the bucket of Policybazaar and the likes. “But we were different from them,” he says. Kenko was indeed different. It was not in the business of insurance but in financing. “It was much wider than standard insurance, and they (investors) didn't quite get it,” he says.

Sen, though, doesn’t blame the VCs. Reason: Nobody had ever looked at insurance financing from the OPD perspective. So there were no precedent, no studies, and therefore zero understanding. “These (OPD) are not episodic expenses, don’t have a steep curve, and mean no shock to the system,” Sen underlines. A person might spend multiple times what a hospitalisation would cost over a few years but won’t even realise it. “It slowly chips away at your savings, and doesn’t fall on the radar,” he adds.

What Kenko proposed was something radical: A subscription-based service—ranging from Rs 299 per month to Rs 1,999 a month—that would cover health expenses across OPD and hospitalisation, in collaboration with insurance companies. As part of its OPD coverage, Kenko covers costs of doctor visits, medicine expenses, diagnostic tests, and more. The co-founders believed that their product would find ample takers among consumers as well as backers.

Cut to February 2022. The conviction seems to be paying off. Kenko raised $12 million in Series A funding led by Sequoia Capital India. The round also saw participation from existing investors such as Beenext, Orios, 9Unicorns and Waveform. Kenko claims to have over 50,000 users across India, and now plans to add categories such as dental, mental health, at-home care, and sexual health to its OPD coverage.

The pandemic push too played its part in wider adoption. Since the onset of the pandemic, underlines Goel, people have realised that the conventional health insurance packages remained unutilised in the longer run as they are not inclusive of OPD expenses. Almost 70 percent of their lifetime healthcare expenses are incurred on outpatient department costs which include doctor fees, medicine expenses, diagnostic tests and even non-prescription products and several services. “We bridge this gap by providing an overall protection through complete financing as well as assistance,” he adds.

The backers are delighted with their bets. “Managing health care expenses needs to be reimagined in India,” says Abhishek Mohan, principal at Sequoia India. Out-of-pocket settlement of healthcare expenses in India, he underlines, is as high as 62 percent. The contrasting numbers for the US and China stand at 11 percent and 36 percent, respectively. Kenko Health, Mohan maintains, is at the forefront of this change by offering affordable all-inclusive healthcare subscription packages with a seamless tech-first claims process.

What, though, egged on Sequoia to back the venture was the experience of the founders. Both Sen and Goel have over 20 years of experience in the health insurance industry and have very complementary skill sets, points out Mohan. Sen has led the online sales channel for retail health insurance for many years while Goel comes with deep actuarial and underwriting experience. “This puts them at a great vantage point, enabling them to make some unique design choices compared to the industry,” says Mohan. They have positioned the company as affordable, patient-friendly and aiming to become the partner of choice for the massive middle income layer of India, he adds.

For Anup Jain, managing partner at Orios Venture Partners, Kenko identified a huge white space in the healthcare finance space, which was overlooked by incumbents for years. It seeks to address the large unpenetrated space of financing healthcare spends amongst middle income consumers who find traditional insurance difficult to understand, use, pay for and derive value from. Kenko has designed unique monthly subscription plans where one can browse, select, pay and cover all OPD and IPD (inpatient) expenses under one digital experience without cumbersome paperwork, he adds.

For Sen, it’s still Day One for Kenko. “A lot needs to be done,” he says. Kenko, he points out, is working on a parallel system to the existing cashless system, which doesn’t give people the true benefit of cashless. “Though you might have a cashless coverage, the hospital guys ask for security deposit during admission,” he says. “It defeats the purpose straightaway,” he says. “We need to change the entire system,” he adds.